Being surrounded by the ocean at UC Santa Barbara always makes me crave seafood. However, having an appetite for things like sashimi, oysters and shellfish isn’t always the best for my wallet. I figured I could easily create a less expensive, homemade seafood alternative at home. After waiting for sales at the grocery store and substituting some ingredients, I was able to make lobster rolls! I checked online for sales on lobster tails and I got four lobster tails for around $20, which was definitely a steal. I also substituted New England-style hot dog buns for three Hawaiian sweet rolls, which worked out perfectly because the bread was pillowy-soft and the sweetness complemented the lobster really nicely. This recipe isn’t like the conventional Maine-style or Connecticut-style lobster rolls, but they still turned out great. 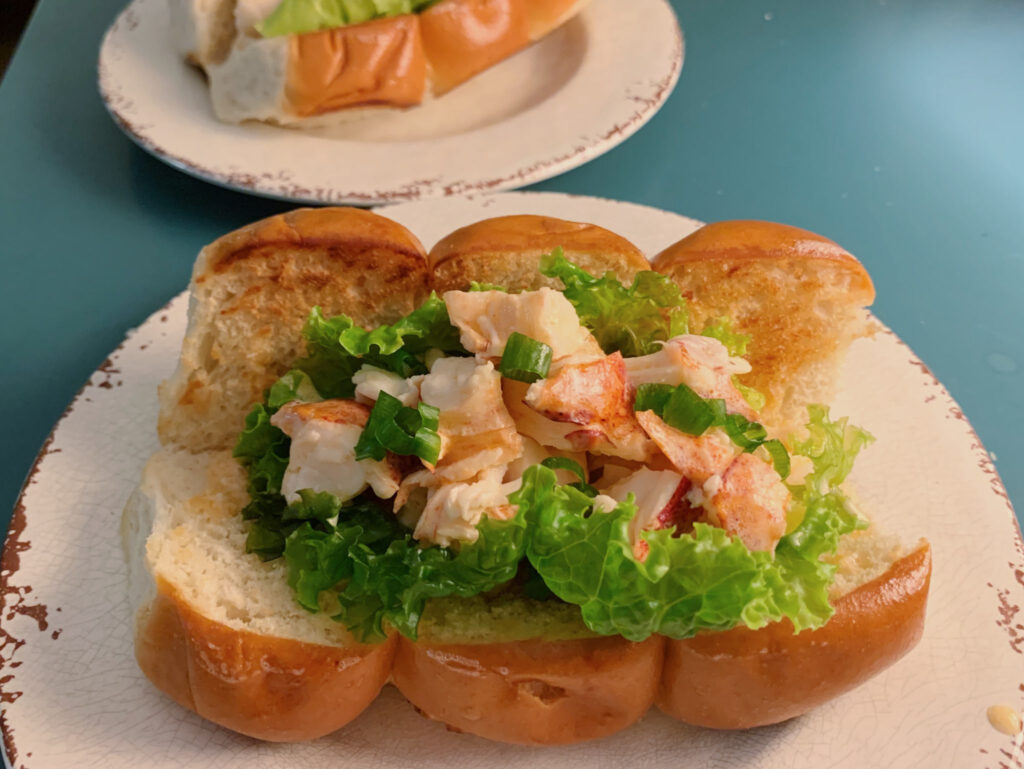