If you’re on TikTok like the rest of us, you’ve probably come across one of Tabitha Brown’s videos. The vegan social media phenomenon has connected with millions of people across the world as she shares simple plant-based recipes paired with a daily dose of serotonin. 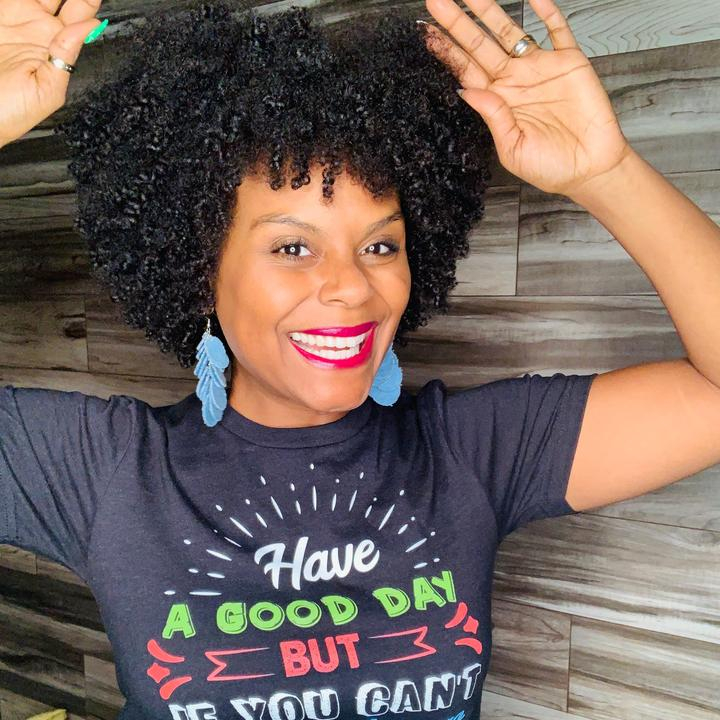 After uploading her first video to the app in early March of this year, Brown has quickly cemented her place as everyone’s favorite internet auntie as followers are not only inspired by her commitment to healthy living but her buoyant outlook on life. It’s safe to say that Brown has cultivated a dedicated fanbase here at UC Santa Barbara, and this past Friday, Gauchos were able to virtually meet the culinary sensation in an exclusive event, courtesy of A.S. Program Board.

Brown welcomed us into her kitchen with a blinding smile and her signature “Honey, come on in this room,” and immediately broke into song as the comments were flooded with praise and jubilation.

“For me, on Friday nights when I like to have a little comfort food and such, tonight I think I want a hoagie,” Brown said as she laid out three large portobello mushrooms. Brown admitted that she’s not one to use a lot of salt in her cooking as she gathered her seasonings, pointing out that she tries to buy her spices locally to support small businesses.

Liquid smoke is the secret to achieving a meaty flavor in vegan dishes, Brown reveals, but she warns that too much will leave the food tasting like charcoal. She is also a huge advocate for garlic powder (which, if you’ve seen even a single video of hers, you know) as well as grapeseed oil. “Grapeseed oil doesn’t have a burn factor. Olive oil and other types of vegetable oils, on high heat, release a toxin that’s not good for us.”

As Brown demonstrated her recipe step-by-step — with no shortage of her catchphrase “like so, like that” — she made sure to never go too long without taking a dance break, twirling barefoot around her kitchen while providing the musical accompaniment herself. In between all the cooking and singing, she also made sure to check in on her viewers and offer her greatly sought-after words of encouragement. “I hope everyone is doing well tonight. I know the world is just so crazy right now! But ain’t it good to be in a room with good energy for a moment or so? I hope that y’all feel the energy.” 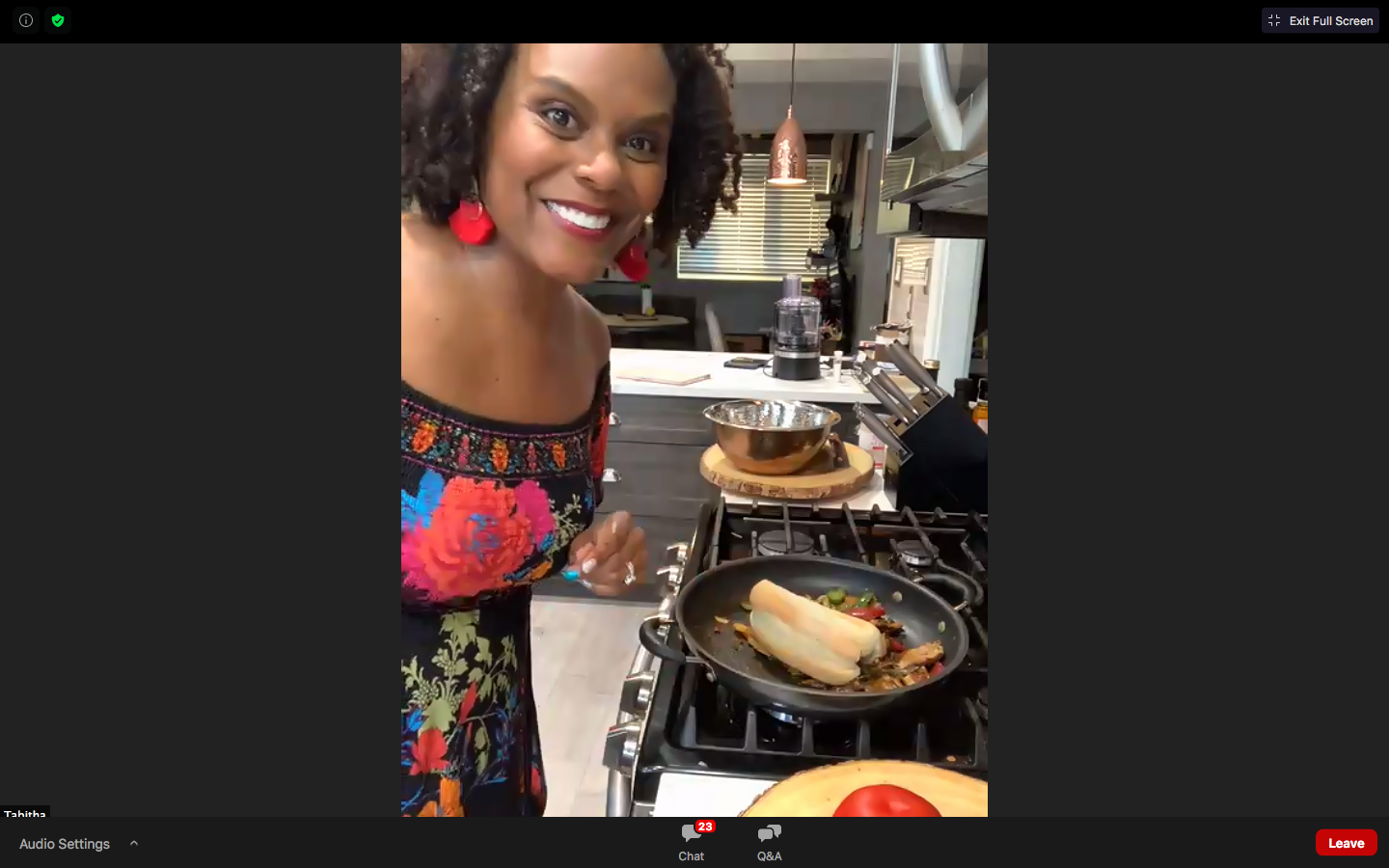 Brown notably did not have a recipe in front of her during her demo, and she cautioned viewers against following a recipe to the teeth every time they’re in the kitchen. “We should be able to get in the kitchen, think about what we got a taste for and play with some stuff and have fun. Right?” She confessed that she doesn’t use measuring cups when she cooks, preferring to lead with spirit.

After wrapping up her cooking demo, Brown moved on to the Q&A where she answered several student-submitted questions. When asked how veganism has affected her life spiritually and emotionally, Brown remarked that through all of the ups and downs in her past, she has always been a positive person. Veganism, however, allowed her to embrace a part of herself that she had never felt before. “I grew a different type of compassion for people, and animals, and the environment — everything! I learned how to really feel and understand more.” Brown also acknowledged that veganism has deepened her faith and her relationship with God, which has always played a prominent role in her life.

As a Black woman hailing from the South, Brown is all too familiar with the cultural stigmas surrounding veganism. “People gonna talk, especially Black folk. We grew up eating a certain type of way, and people are attached to food. They’re not attached to their health, more so, they’re attached to their food, how it makes them feel.”

She understands that there will always be people who disagree with her philosophy, but ultimately, there is no use arguing with anyone about what you are trying to do for yourself. “I welcome everybody into my space, and I hope and pray to always get the same respect in return.”

Considering the fact that Brown is one of TikTok’s most popular celebrities, viewers were surprised to hear that she doesn’t spend much time on the app herself. “I only get on there to post my stuff. I will get caught up watching the dogs and animals, but I rarely ever watch other people cook because I never want to be influenced by anybody.” The most important thing, Brown said, is that she always stays true to herself in her cooking.

Finally, when an audience member asked Brown which spice she would choose to be, Program Board moderator Gabriel Reyes read everyone’s mind when he presumed that he could probably guess which one she’d pick. Without a moment’s hesitation, Brown leaned into the camera to confirm his prediction: “Garlic powder.” Because that’s her business.