The recent uproar in the Black Lives Matter movement began with those three terrifying words: “I can’t breathe.” The killing of George Floyd sparked a revolution across the world because it opened up America’s eyes to police brutality and the murder of innocent people due to the color of their skin. At first, I was exuberant at the idea that so many people stood by this movement and wanted to fight for racial equality. However, now I feel that Black Lives Matter has been commonly distorted into a trend that many use to “fit in” with the progressive nature of our generation. 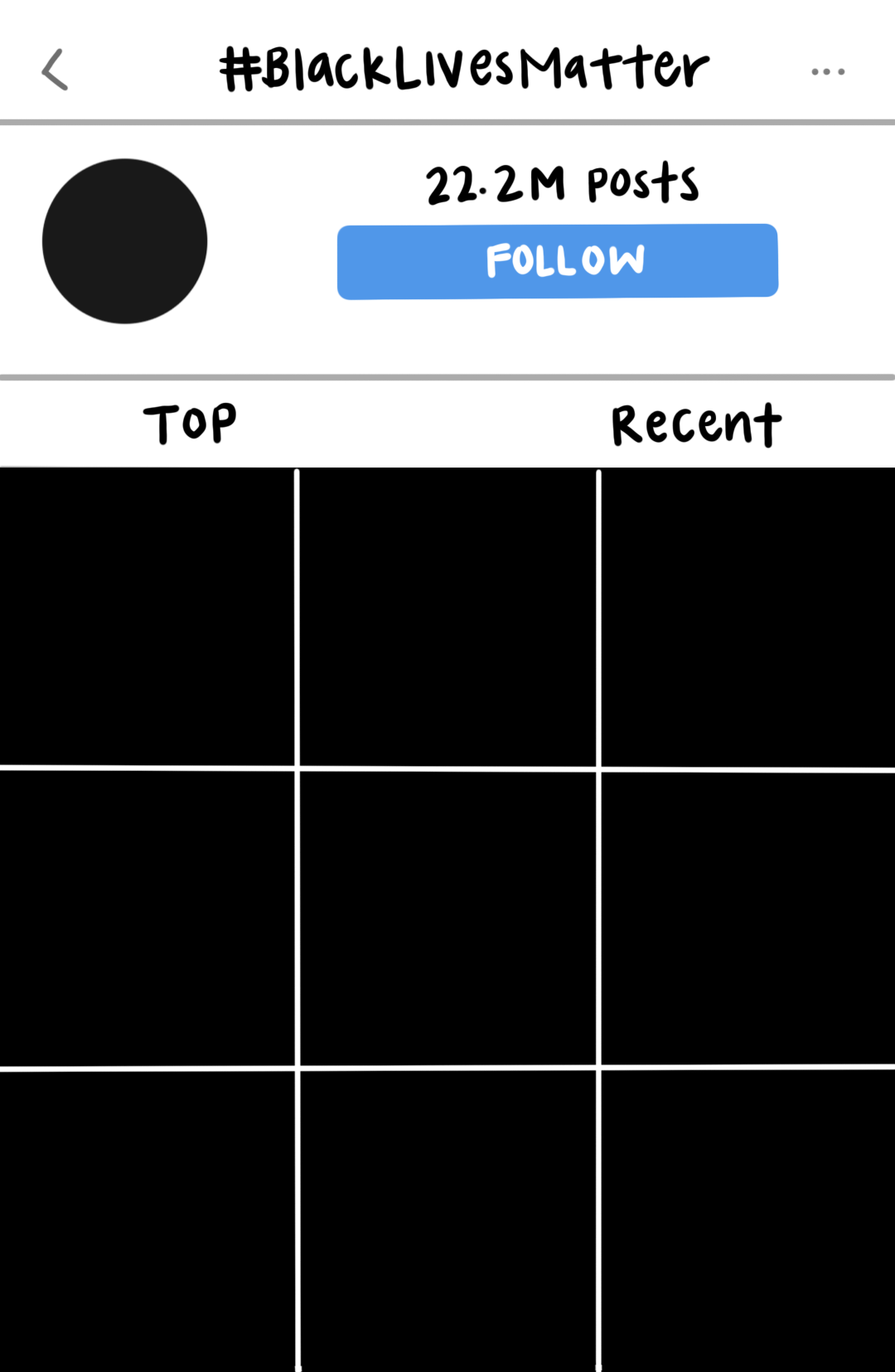 I am not writing this article to put down the efforts of social media posts, because support and activism from all communities is extremely important. However, what I currently see sprawled across the media is not support — it’s performative activism. I will define this term as using social media to increase one’s social image rather than because of one’s devotion to a cause.

To me, the Blackout Tuesday posts were an example of this concept. It was so easy for every individual to upload a black screen and then forget about it, overshadowing the true point of posting. Posting is meant to bring awareness and remind others this is an issue we cannot ignore. But it is only through action that real change and progress can occur. This fight never truly ends until justice is achieved, and posting is not enough.

The Black Lives Matter movement is not here as a get-out-of-jail-free card for others to claim they are not racist. This movement is supposed to be here to empower the Black community so we can stand up for ourselves and show how our race will not be used to hinder our outcome in life. This is a fight led by and centered around Black people. All I ask of others, is to listen.

As a person who comes from a half-Black background, I must acknowledge my own privilege. My mother is white, so my medium skin tone does not invoke the same discrimination that other Black people face. While being a white Ashkenazi Jew is part of who I am, being Black is also a part of me. I have not undergone the same struggles others have, but I know the pain of being shamed for who you are, and I hear the discriminatory words shouted at my identity. I would also like to note that my opinion is not universally correct but is a feeling and perspective that I feel the need to share.

My friend asked me recently what Black Lives Matter looks to me. In my mind, I see a vision of crowds of Black people chanting and standing up together as one, with the support of other communities backing them.

While I can clearly see the support, I rarely hear the voices of those most affected. Currently, there is so much noise on social media that real experiences are being placed on the back burner and drowned out by repeated posts. However, the true power of this movement is in Black voices and, while the majority of society has been speaking for us for years, now it is time for society to listen.

The true power of this movement is in Black voices and, while the majority of society has been speaking for us for years, now it is time for society to listen.

I want everyone to ask themselves a question before they make a social media post regarding this movement. Is this post useful for spreading awareness and information encouraging real action, or am I doing this to prove to the world that I am not racist?

Posting valuable information and tools for action is useful to spread real transformation. However, by posting quotes or the same images over and over again, a person who is not Black is drowning out the voices of those truly affected by the movement. To be actively anti-racist, you should listen to understand, not respond.

Empowerment comes in the form of self-liberation and freedom from oppression. This can only be accomplished directly by the Black community, with others standing beside us. While proclaiming you are an ally is a nice sentiment, it does not change the inequitable nature of our society. This movement is not for people to feel better about themselves; it’s for Black people to take back power and for others to listen. I would much rather see a world of listening ears and supportive action than empty words on Twitter.

I cannot stress enough how important it is to acknowledge your Black friends and their experiences, not only right now but all the time. Many will never understand how it feels to be systemically targeted and have their life constantly threatened due to the color of their skin. People are sad and frustrated that the system has failed them and their voices deserve to be heard.

Today’s reality is much more detrimental than what lies on cell phone screens, because lives are being affected every day by America’s systemic inequality. Change needs to occur, and that change can only be implemented by legislation and societal programs that even the playing field. If you want to be an ally, then go educate yourself and your family members on the injustices Black people face every day. If you want to be an ally, volunteer to help organizations and projects devoted to Black Lives Matter. Donate to movements and make a conscious choice to shop at Black-owned businesses. There is so much action one can take, but I assure you, it rarely lies solely within an Instagram story.

Sara Rubin only asks for readers to listen and understand, because that is the most progressive act of them all.