This past Wednesday, UC Santa Barbara’s cinephiles rejoiced as the Associated Students Program Board interviewed “Hereditary” and “Midsommar” writer/director Ari Aster, whose groundbreaking films have introduced a new wave of horror. From the start, the chat was going wild, first arguing about which of his two films is best and later arguing about whether submitted or live questions should be prioritized. Either way, Aster answered many compelling questions during the event. He is quirky, extremely intelligent and an obviously creative artist, though he looks like more of a Wes Anderson type of guy — not the type to create such personal, dark and twisted films. The enthusiastic hosts first began with some small talk about life in quarantine, and everyone was grateful to hear that Aster has spent it diligently working on new projects. 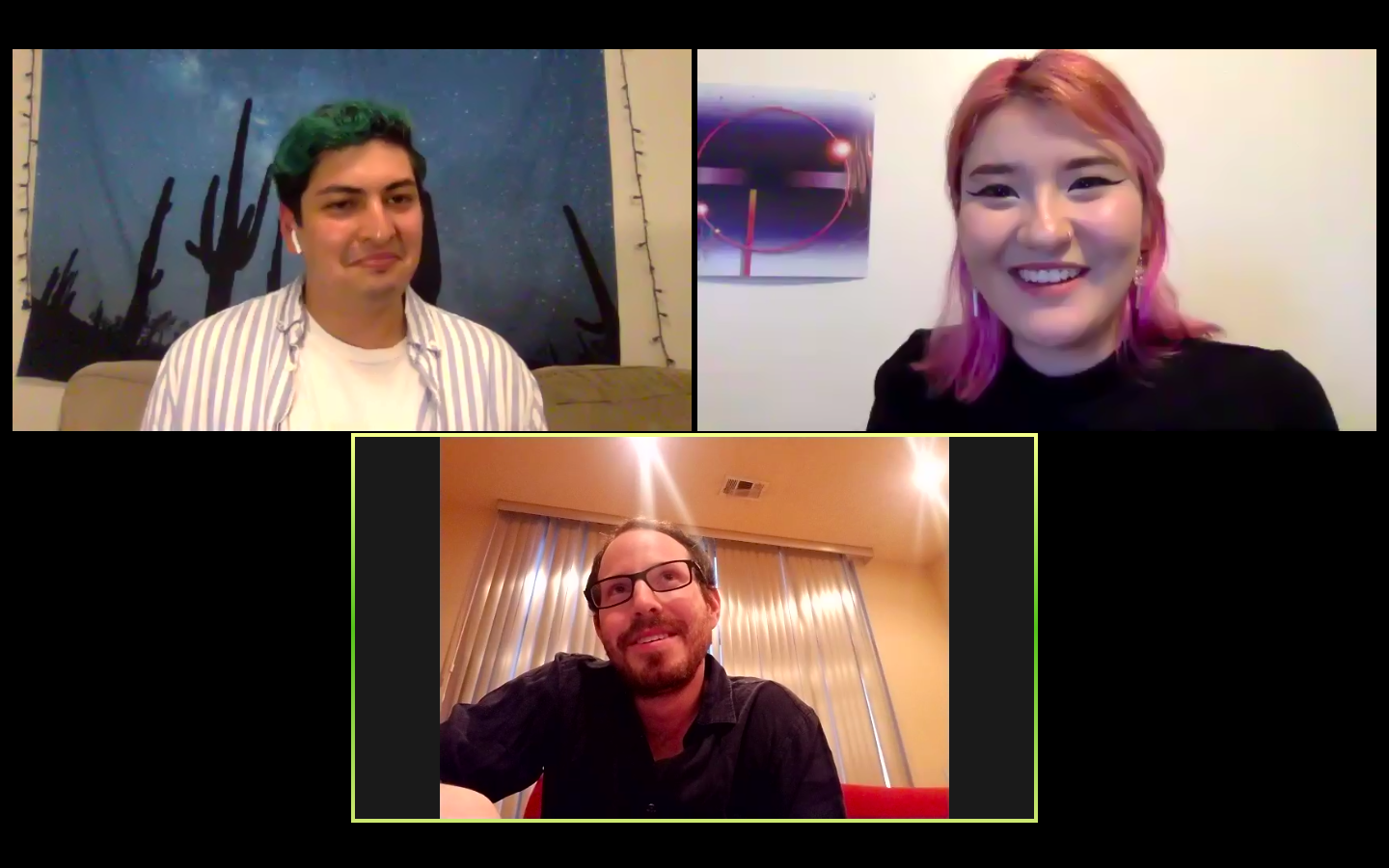 With introductions out of the way, hosts Esteban Alvarado and Kiyomi Morrison began to ask students’ pre-submitted questions. One of mine was asked in the first 10 minutes: “What inspired you to begin filmmaking in the first place?” to which Aster simply responded, “Movies.” He chuckled and then elaborated, “Loving movies … I’ve always been obsessed with movies and then at a certain point I just wanted to make them. I guess the urge on some level is to have a dialogue with your heroes. You grow up, you love so many films, you love so many filmmakers that you kinda want to engage as deep of a level as you can.”

As expected, most of the audience members were film majors, so Aster was asked about his experience at film school. At the American Film Institute, he was able to make “all the mistakes you were eventually going to make anyway” and admitted that he “ripped off everybody … I mean, I’m still ripping off everybody.” The conversation then shifted to his breakout film “Hereditary” from 2018 and “Midsommar,” which was released only one year later in 2019. Aster is regarded as a horror director but instead calls himself a “genre filmmaker.” Although he sees “Hereditary” as a horror film, he doesn’t “even know what ‘Midsommar’ is” and claims that, as the films’ creator, “It’s not even my job to categorize them.” This is true because film genres are made to satisfy viewers, to help marketing teams and to be judged by critics. So even if Aster isn’t strictly a horror movie maker, fans agree that his first two films are creating an exciting and new category of horror, much better than other cheesy contemporary scary movies that Aster perceives as “archaic” and annoying.

In response to another question about using light instead of relying on darkness to scare viewers in “Midsommar,” Aster expressed that he had “a very specific aesthetic in mind,” and he was never concerned about the movie being scary. He knew the production company, A24, would promote it as a horror movie, which worried him because he anticipated that marketing would “create expectations that the film had no interest in meeting.” His thinking was to make it an “anthropological travelogue” in Sweden, and if anything, he would call it an “existential horror film.” It is a film that is about “codependency,” so when a student asked if the film had a happy ending for its main character Dani, Aster explained that although she escaped a toxic codependent relationship with her boyfriend Christian, she then “found herself in another codependent relationship with the village.” So although the Swedish group or cult was “racist, homicidal” and obsessed with “eugenics,” Dani’s new relationship was “very well functioning” as opposed to the one with Christian.

Toward the last half of the interview, the hosts moved on to Aster’s first full-length film “Hereditary,” which like its successor film is about trauma and grief. Many students, both through pre-submitted questions and live chat questions, wanted to dive into Aster’s mind and learn the inspiration behind his complicated family story in “Hereditary.” He explained that the film depicts the “corrosive effects that grief can have on a family dynamic,” and the end can be seen as a metaphor for “trauma completely changing somebody, utterly, and not necessarily for the better.” Toni Collette’s performance was undeniably stunning and chilling, and yet she wasn’t nominated for an Academy Award; one student wondered if Aster believed she was “robbed” of that nomination or if he even cares about the Oscars. After a bit of scoffing at the idea, Aster said he didn’t care; however, he immediately admitted that “when that time of year rolls around, you care, ya know,” especially since his team believed Collette had “a chance,” though he wasn’t expecting anything.

Unfortunately, both of his films were shut out of any Academy Awards nominations, but one can hope he receives the recognition he deserves for future projects. Aster revealed that he is working on a “nightmare comedy,” having just finished a new draft, and said, “ All I know is that it’s gonna be four hours long, over 17 [years of age].” His production company, Square Peg, is also working on a remake of “Save the Green Planet,” which Aster is excited about because he wanted to know what it means to be a producer, and as a fan of the original film, he knew he wanted to take on the project.

This event was any movie lover’s dream as students were able to pick Aster’s brilliant mind and learn more about the film industry. In the last few minutes of the interview, Aster was asked another one of my questions and gave his advice to aspiring filmmakers: “It’s all very obvious but, I mean, if you want to write, write and finish something,” and if you want to direct, you have to find people and “film it with your phone if you have to.” As an end to the compelling event, Aster gave a shout out to the class of 2020, saying, “This is no way to graduate, but you did it … you don’t go to me for inspiration words, but this is going to be over.” And, since he assumed most attendees were film students, he highlighted the importance of filmmaking, saying, “I don’t know what I would do without movies and TV while I rot in this apartment.”