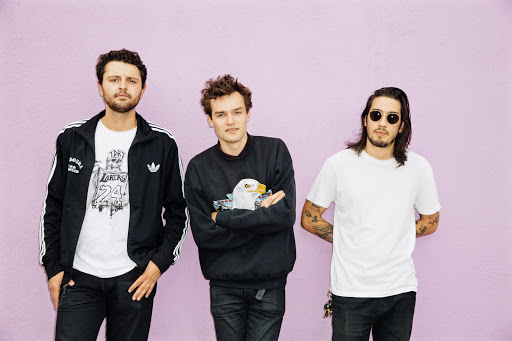 “Flatten the curve while keeping the vibes,” answered SadGirl’s lead singer and guitarist Misha Lindes when asked how the band is doing during the quarantine. As part of the Associated Students (A.S.) Program Board’s “Live on the Rise” series, the Los Angeles band SadGirl performed and answered questions on a Zoom livestream this past Wednesday night. The band consists of Lindes, drummer David Ruiz and bassist Dakota Peterson. So far, they have released three EPs and two albums, with “Vol. Two” in 2015 and “Water” just last year. They are a surf punk-rock band that records very romantic songs, and they range from slow dance to violent mosh pit material.

The Zoom webinar was supposed to be set up so that the band performed for 40 minutes followed by a 20 minute Q&A. But the event began late, and there were many technical problems. While waiting for it to begin, I first watched a black screen and heard the band practicing, which actually got me excited for the virtual performance. After a 10 to 15 minute wait, they began with “Penelope’s Leg,” but the video cut out after a minute, and after fixing that they began the concert.

The first full song they performed was “Miss Me” and I, like other attendees, imagined I was in a solo show and it was beautiful. Then the sound started to cut out. Lindes was wearing a mask, probably for aesthetic purposes or to help his voice get muffled, but the terrible sound distorted his singing enough already. I couldn’t figure out if it was just my Wi-Fi since the sound was so low and gritty, as if it were being recorded on an iPhone 4; but after a few attendees began to voice their concerns in the chat, I realized everyone had the same problem. 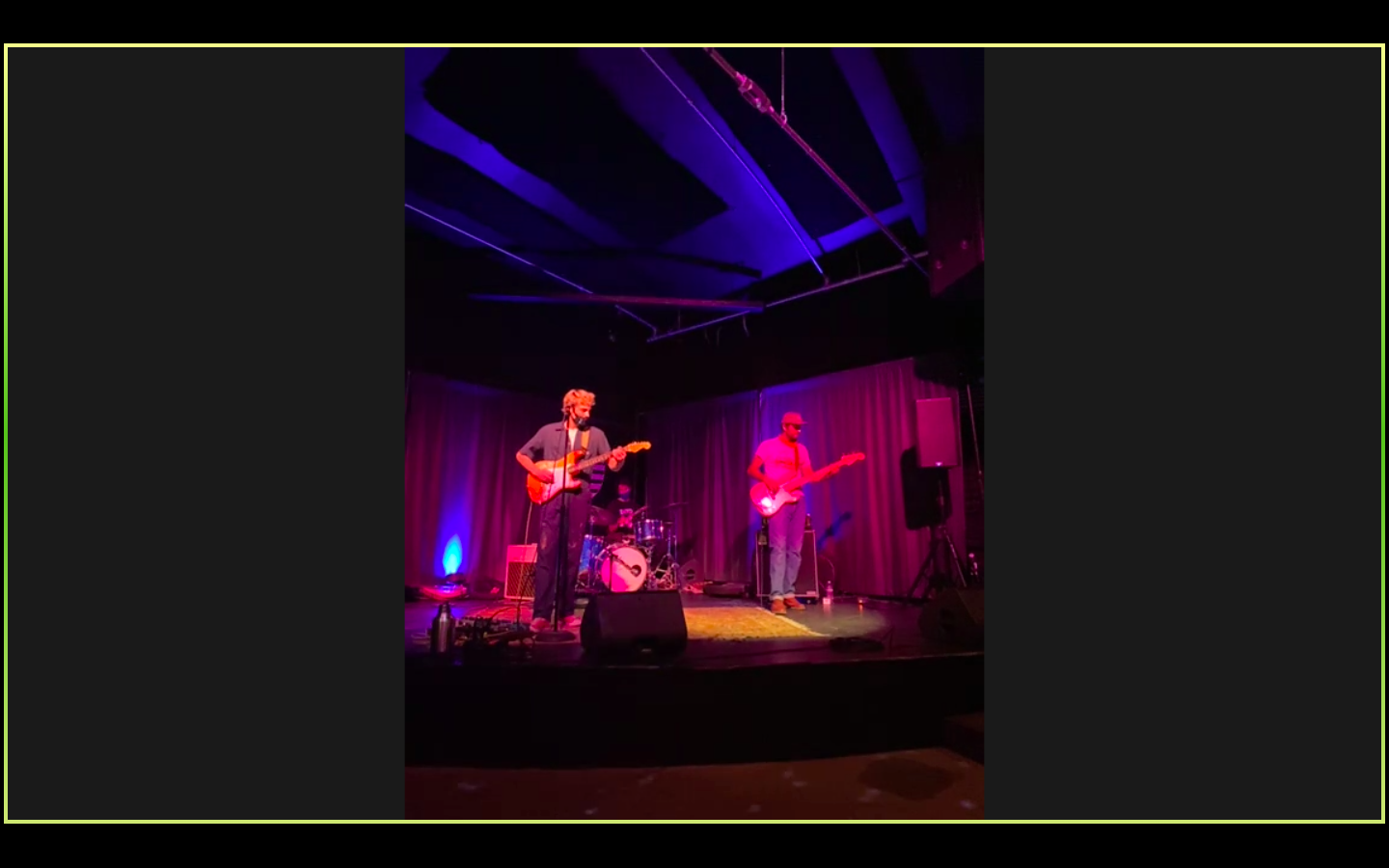 The performance was dull because of the lack of sound, and I felt bad for SadGirl because their efforts were wasted, for the attendees who had looked forward to the event and for the organizers who spent countless hours putting this together. SadGirl ended the set with their new single, “Learn to Swim.”

This latest single was released on May 8, and it continues the band’s water motif from their last album. Although recorded before the quarantine, as one of the hosts pointed out, the song is “ironic” because of how much it relates to the state of the world right now. It seems as if it reflects how everyone is feeling overwhelmed with chaos, and though it feels like “it’s almost over” people need to stay afloat before they drown in worry, echoed by Lindes’ sorrowful but accepting repetition of “guess that I better learn to swim.”

Two panelists switched off asking questions while Lindes gave most of the responses, since he started off as the only member on the Zoom call. Lindes gave his the tips on how to crowdsurf warning to make sure to “empty your pockets” and look for “one person to catch you” and just go for it. The band was then asked about choosing a piece that defines their style. While it was unanimously decided that, for Peterson, it would have to be his glasses, Lindes’ choice was his iconic van, which was stolen back in November 2019 but thankfully found about a week later.

As revealed by Lindes when asked if his year in a U.K. art school influenced the band at all, he first replied with no, but then explained that maybe it did help only because he hated that year. He recalled, “I wanted to come back to LA … and I immediately started, like, working at a screen printing shop and, like, learning more hands-on about design work.” He later said the band itself is a project, so he enjoys being able to work with different art mediums for SadGirl. The panelists then borrowed Pitchfork’s “Over/Under” interview segment in which the band gave their opinion on things like Disneyland, Elon Musk and Dr. Martens and if they are overrated or underrated. After the 40-minute interview with a few student questions sprinkled in, the event ended in an underwhelming way.

Overall, the event didn’t go according to plan, though events never really do. There were too many technical issues to enjoy the music, which was upsetting for fans who wanted to see SadGirl perform. So even though the amount of time with the Q&A was double the amount of performance time, at least fans were given something they could hear. The majority of questions were interesting, and it’s always good to throw in a few quirky ones, though some were unnecessary or worded in an odd and confusing way. Since it was an untraditional interview, it was easy for the band to get off track, and they basically began to have their own conservations. As a fan I didn’t mind, because though it seemed as if they forgot they were doing a livestream, it was like an inside look at who they really are; since any artist acts differently “onstage” versus speaking with friends, it felt as if we were in their friend group for a moment.

Though the conversations with the band were insightful, the interviewers looked a bit uneasy. It seemed as though they wanted to keep everything tight and controlled since they did work hard to put on this event, but their plans fell through from the very beginning. The event was dull and disheartening, but I know how much hard work went into this, from both the A.S. Program Board and SadGirl. So though everyone would’ve preferred an in-person performance, there is no one to blame for the pandemic which has ruined everyone’s plans.