The Daily Nexus
Nexustentialism
It's satire, stupid.
CALPIRG Unveils New “Save The Murder Hornets” Campaign
May 24, 2020 at 4:20 am by Max Myszkowski 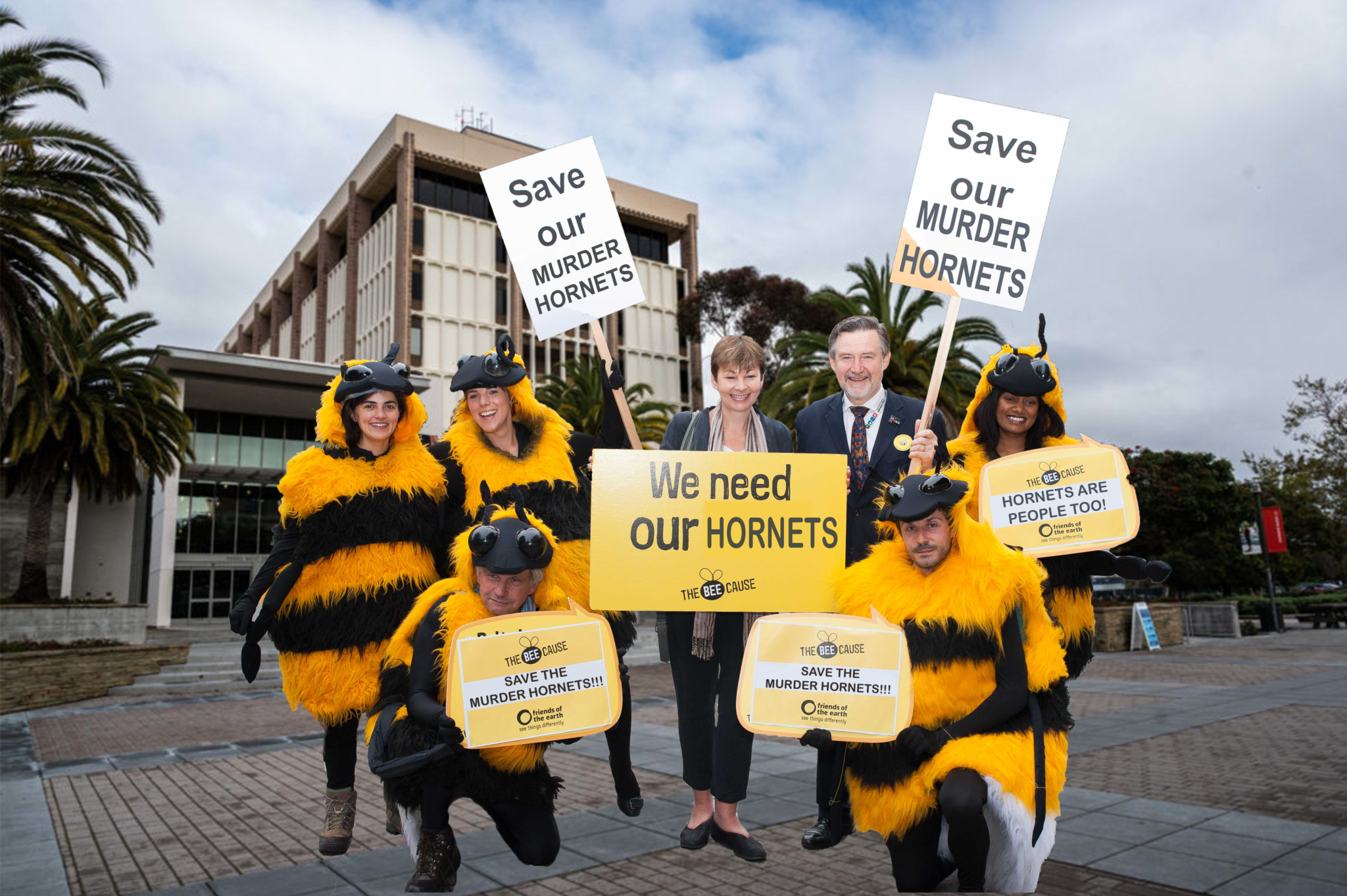 Isla Vista, Calif. — Having finally saved each and every last bee in distress, CALPIRG today unveiled its new “Save the Murder Hornets” campaign to carry on the legacy of its recently completed apian achievement.

Murder hornets, more formally known as giant Asian hornets (Vespa Mandarinia), have finally made their way to the United States, and with no bees left to save, CALPIRG unfortunately had no choice but to move on to the next closest insect.

“I’m glad we finally saved the last bee and all, but I was really hoping we could save, like, a panda or something next. The CALPIRG turtle costume isn’t bee-proof and I’m out of EpiPens,” indentured CALPIRG servant Ana Flaxis said.

The new campaign’s launch has struggled to attract the same passion and enthusiasm of the former “Save the Bees” campaign, however. While the campaign is advertised as being “the bee’s knees,” several students have reportedly described the new campaign as more like the wasp’s ankles.

“Aren’t they an invasive species? Shouldn’t we be trying to get rid of them?” fourth-year ecology major Reece Heikel said. ”This could destabilize or destroy entire ecosystems — my god, it could jeopardize the bees.”

“Oh, and the murdering,” she added.

In a press conference shortly after announcing the campaign, newly elected CALPIRG president Arthur Paud — a masked individual in a suspiciously writhing trench coat — couldn’t help but buzz with excitement regarding the new project.

“ZZZZZzzzzzZzZzZzZzzzzz … Zzzz,” the environmentalist remarked, seemingly hovering several inches above the ground from behind the podium during a particularly rousing — though quite unintelligible — speech promoting the value of protecting the new murder hornet population.

The population count of these 1.5-inch-long, venom-filled murderers is projected to explode in the coming weeks, no doubt thanks in large part to CALPIRG’s advocacy and activism. Conservative estimates indicate there could be as many as one murder hornet per exposed American eyeball as early as July.

Max Myszkowski says, “Statistically, you’re most likely to be murdered by a hornet you know.”