The Daily Nexus
Events
Flamethrowers and Flashing Tits: What More Could You Want From a David Dobrik Event?
May 23, 2020 at 8:06 pm by Kristina Valencia 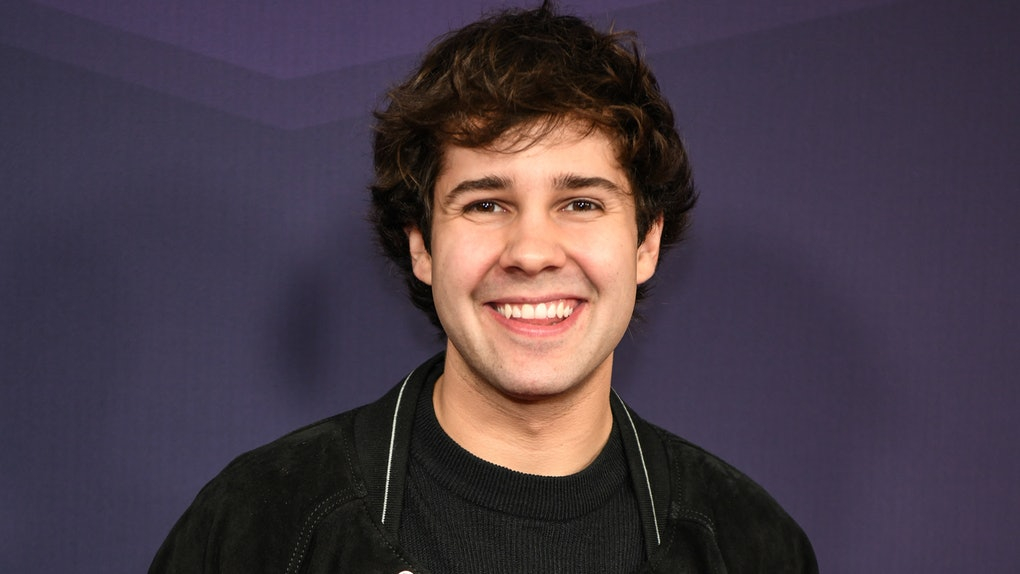 This past Tuesday, the king of YouTube himself, David Dobrik, made a virtual appearance on Zoom for an event held exclusively for Gauchos, courtesy of the Associated Students Program Board. During this hour-long conversation, the vlogger intimately discussed his rise to fame, experience as a Deferred Action for Childhood Arrivals (DACA) recipient and what it’s like dealing with crazy fans — one of whom crashed the live session by exposing her bare breast on camera.

With Associated Students (A.S.) Program Board members Gabriel Reyes and Nathaly Pacheco moderating the discussion, Dobrik was able to answer specific questions of relevance rather than relying on the hectic chat room, which filled up with hundreds of messages by the second. Perhaps one of the things that got so many people excited was the appearance of other beloved vlog squad members who have been with Dobrik since the beginning: Natalie Mariduena and Ilya Fedorovich. Both Mariduena and Fedorovich grew up alongside Dobrik in Chicago, Ill., and now live with him in their shared mansion in Los Angeles, Calif.

Jumping right in, moderator Reyes asked Dobrik what the first thing is that he wants to do once this COVID-19 quarantine ends. Known for capturing both his and his friends’ antics on YouTube, were any of us really surprised when Dobrik replied with, “Probably go to the bars. I miss seeing my friends drink in public places”? Of course, after earning a laugh, Dobrik quickly followed this up with a more serious answer, explaining that he’s simply excited to get back to work.

Continuing the conversation, Dobrik talked about his social media consumption, claiming that he’s got a special place in his heart for one app in particular: “I am probably the biggest fan of TikTok, and I hate saying this because I sound like I’m some sort of hipster, but I promise you, I was using it before it was cool.”

As moderator Pacheco moved the discussion from TikTok to Dobrik’s YouTube career, Dobrik emphasized how important the element of stress was during his rise to internet fame. Although he claimed that his original schedule of posting vlogs three times a week got difficult to keep up with, the stress that came along with it ended up being the perfect amount of fire he needed to become the sensation he is today. “Moral of the story is, if you’re stressed out, keep going,” Dobrik said.

Soon, things got fun and lighthearted again as Reyes asked if Dobrik could show everyone his infamous flamethrower, a gadget often used in his more daring vlogs. While we may have been happy with just seeing the instrument itself, Dobrik took it a step further and instantly put it to use (and, honestly, I was genuinely worried he might accidentally burn his house down). The gag was over in seconds, with Pacheco commenting, “I don’t think [the Zoom viewers] thought you’d actually do it.”

With his meteoric rise in popularity, it’s no surprise that Dobrik often faces fanatic subscribers, who apparently show up at his doorstep quite frequently. “People show up to the house, and it’s so fucking scary. We hate it,” Dobrik said. While some experiences are more pleasant than others, like the time Dobrik ran into a guy who ended up playing John B in the recent Netflix series “Outer Banks,” Dobrik said that most of the time, it’s just downright uncomfortable.

On the topic of his most “memorable” fan encounters (and I say “memorable” with a grain of salt), Dobrik explained how every fan “thinks they’re the exception” when they show up to his home uninvited. One fan in particular, Dobrik explained, showed up to his house claiming that he needed to show Dobrik a video — a video on how this man found out where Dobrik lives, how he followed Dobrik home from a party and so on. “Those situations are pretty sad and scary,” Dobrik said. “Once in a while, people just show up, and we think it’s our time to go.”

When asked about DACA and his current view on the political landscape, Dobrik explained how he wants his YouTube channel to be an escape from the hectic world outside the internet and not a place where his audience feels divided. “This sounds so cheesy, but it’s so true,” he said. “I just want [my channel] to be a place where people can just watch videos and forget what’s actually going on.”

Dobrik then recalled an instance when he was in Texas and met a number of students who are part of the DACA program, explaining how frustrating it was to see “everyday” people having to struggle when they contribute so much to society. As a DACA recipient himself, Dobrik said, “I have high hopes for all DACA people.” Although he kept his answers on these serious subjects somewhat short, it was clear Dobrik had much more to say.

Toward the end of the event, moderator Reyes added that his housemates (who are huge Dobrik fans) were all watching the livestream in a separate room. To this, Dobrik invited them to come join Reyes, where soon after, one of the housemates immediately pulled up her sweater to reveal her naked breast to Dobrik and everyone else watching at home. While most got a laugh from it, a few people on Twitter questioned the appropriateness of this act, wondering if it still would have been perceived as funny if it had instead been a man exposing himself.

Though this livestream was filled with several unforeseeable moments, Dobrik accomplished something great: He brought laughter and entertainment to an audience stuck at home during one of the craziest times any of us have had to face thus far.