The Daily Nexus
News
Study Hall Bar Open Thursday Night In Violation of County and State Health Order
May 22, 2020 at 12:55 am by Sanya Kamidi

Study Hall Bar and Grill in Isla Vista was open for business on Thursday night, a direct violation of Santa Barbara County’s and California’s stay-at-home order. 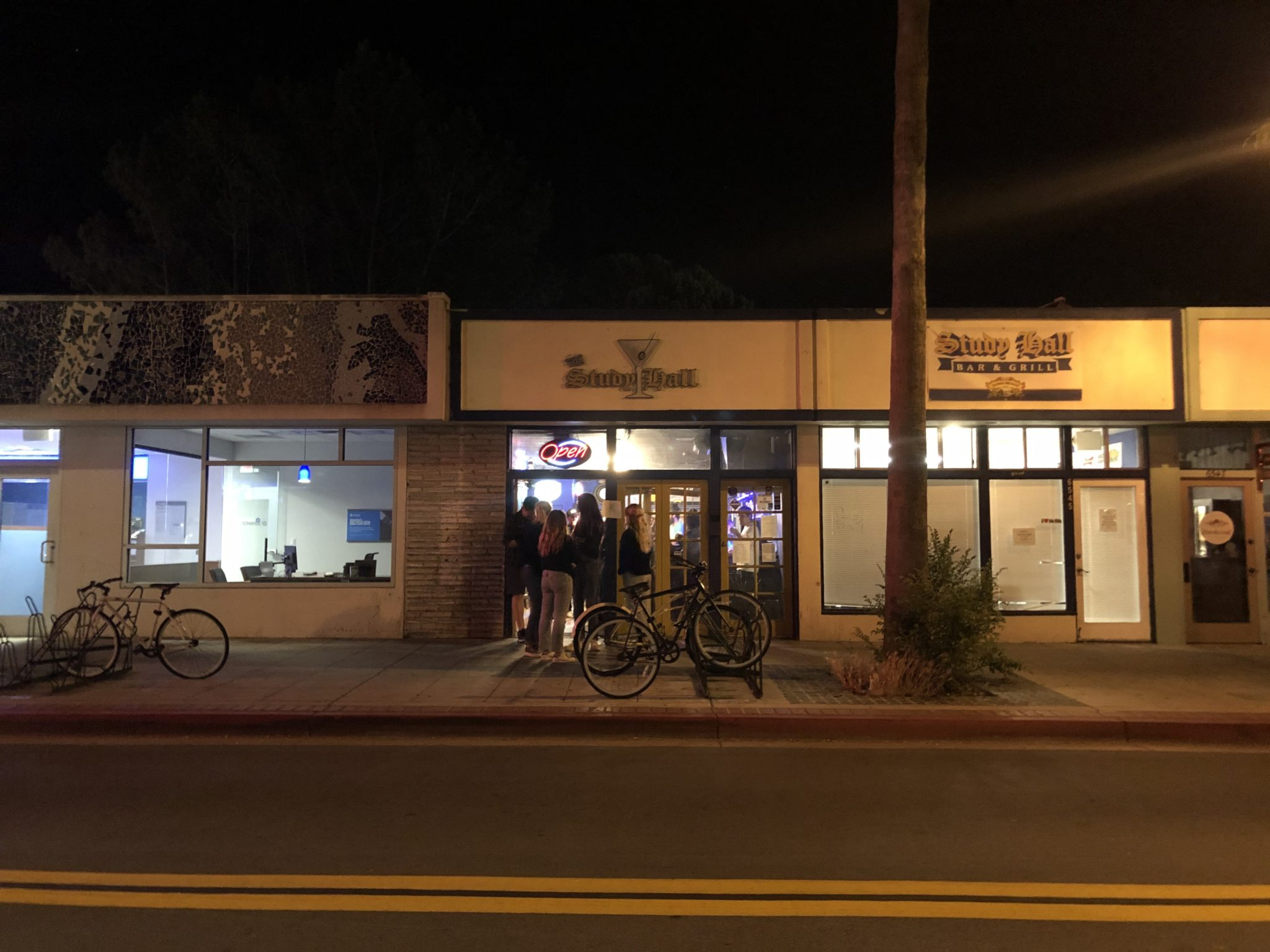 Santa Barbara County entered the second phase of reopening beginning 9 a.m. on May 21, which allowed for some businesses to reopen with physical distancing requirements, such as malls and retail businesses, but the county explicitly said that “bars, nightclubs and lounges must remain closed until later stages.”

Study Hall, one of two bars in I.V., posted on its Instagram story earlier today announcing that it would have a soft opening tonight with “limited attendance,” adding that masks would be required. 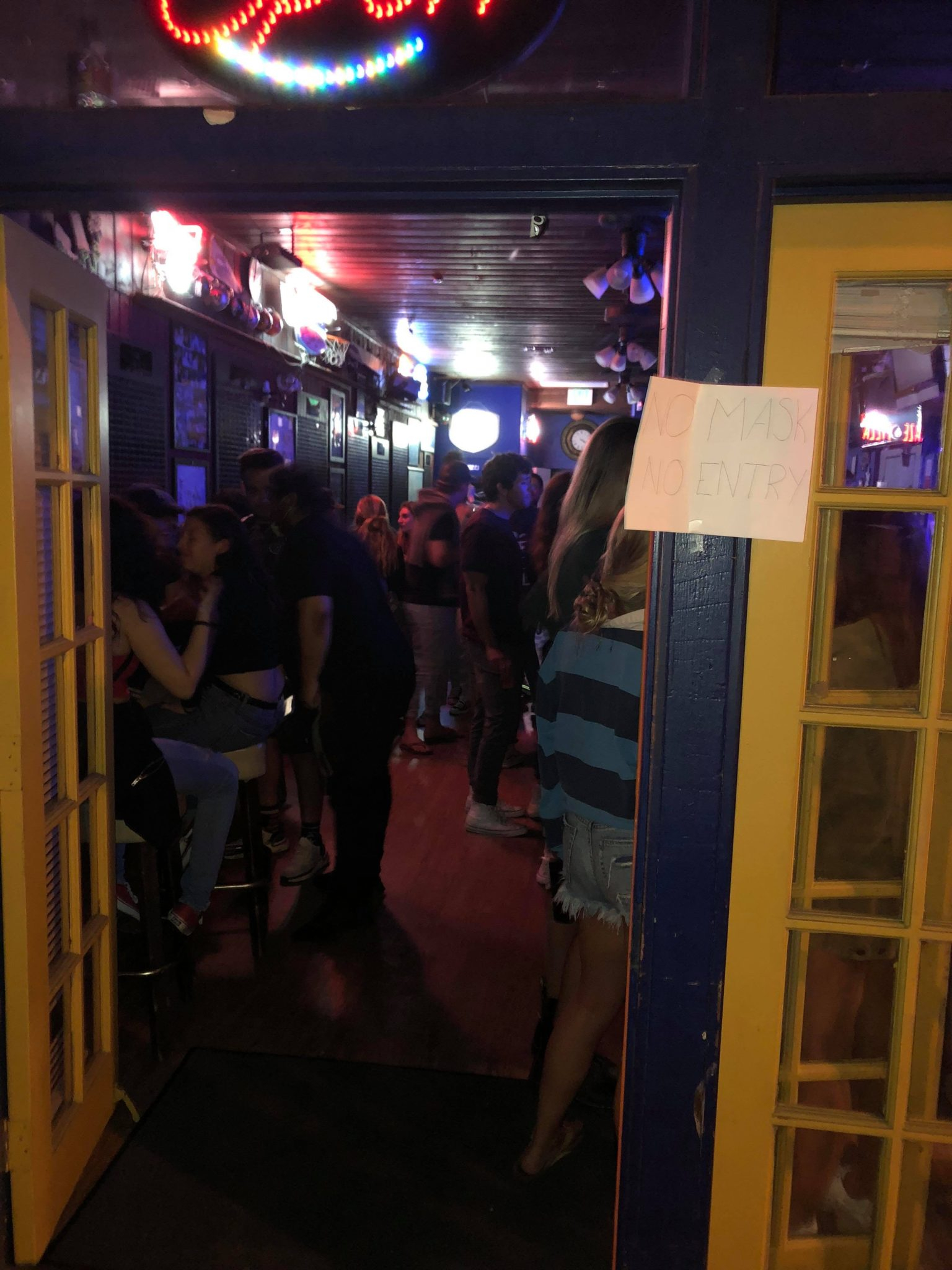 However, a Nexus reporter at the scene saw at least 10 people inside the business and walking out of the bar that were not wearing masks, including an individual behind the bar, around 11:30 p.m., when the bar was shutting down for the night.

A photo sent to the Nexus earlier in the night also showed a large crowd inside the bar, with no one visibly wearing masks. A sign at the door said “no mask, no entry.”

The bar was closed by approximately 11:40 p.m., according to a Nexus photographer on the scene. During normal business hours, Study Hall is open from 4 p.m. to 12 a.m.

Study Hall did not answer multiple phone calls made late Thursday night while the business was still open.

According to the Santa Barbara County public health order, violations can punished with a “fine of up to $1,000, imprisonment, or both.”

“This Order is issued because of the propensity of the virus to spread person to person,” the order read.

“The violation of any provision of this Order constitutes a threat to public health.”

In a statement to the Nexus, Santa Barbara County Public Health Department said they had not heard any complaints about Study Hall.

If a complaint comes to them, the statement said, county personnel would reach out to the “appropriate jurisdiction” to educate them about what is permissible under state and local guidelines. The statement said that the county “only resorts to punitive measures if the entity in question continually disregards the Health Officer Order.”

Updated [5/22/20]: This article has been updated to include statements from SBSO and Santa Barbara County Public Health Department.