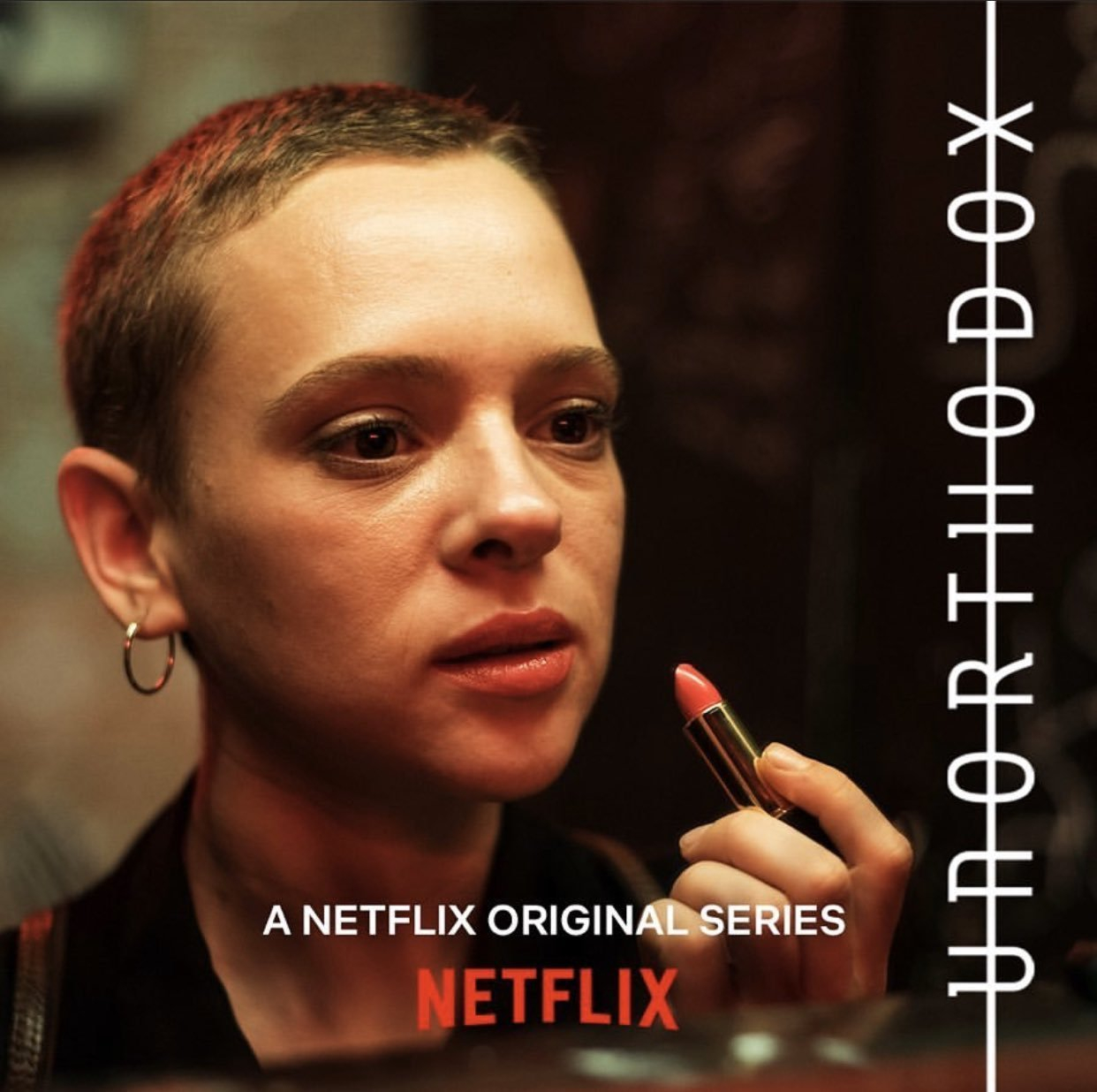 Thanks to the quarantine, you may think you’ve watched every show possible, but Netflix’s “Unorthodox” is one of the best new series that you probably don’t even know exists. Due to its lack of advertisement, this revolutionary and unapologetically unique show remains relatively obscure, and even more than a month after its release it is still deprived of the popular buzz it deserves. “Unorthodox” is based on a 2012 memoir by Deborah Feldman, “Unorthodox: The Scandalous Rejection of My Hasidic Roots.” It follows a 19-year-old girl named Esther Schapiro, otherwise known as Esty, played by star Shira Haas, a 24-year-old Israeli actress who is already famous in Israeli cinema and television but has found new international fame with this series. Esty, like Feldman, escapes her highly secluded and heavily regulated Hasidic Jewish community. More specifically, Esty belongs to the Satmar community in Brooklyn, New York, and she flees to Berlin, Germany to escape the strict and limited lifestyle.

As revealed in the 21-minute documentary, “Making Unorthodox,” also on Netflix, the Satmar community is originally from Szatmárnémeti, Hungary, and was created by descendants of Holocaust survivors in New York post-WWII. Their native language is Yiddish, and because the creators wanted to get every detail right, some actors who didn’t speak Yiddish had to learn the language for the show. As all Hasidic Jewish sects, the Satmar community interprets the Torah literally and follows very traditional rules. Both men and women dress very modestly and marry young, but women are especially protected from the outside world. They do not have access to higher education, they are forbidden from showing their hair and their main purpose in life is to bear children. As Esty describes in the show, they must rebuild the six million Jewish lives lost in the Holocaust.

Escaping the community is nearly impossible, and even after it’s accomplished, members hunt down the runaways and try to coerce them into returning. It is essential that no Jew loses their way, so after Esty flees Brooklyn, her husband Yakov Schapiro, otherwise known as Yanky, and his cousin Moishe Lefkovitch follow her. Her arrival in Germany marks the second half of her story, and the producers disclose that the first half of the limited series closely portrays Feldman’s life, but the second half is entirely made up. Esty arrives in Berlin and quickly finds a group of friends who are all students at a prestigious music conservatory, and she sets her heart on winning an almost-unobtainable scholarship to the school. Location in this series is very important because a young Jewish girl going to Germany seems nonsensical, but is it there that Esty can truly find herself, and it brings history into a full circle.

Like Haas described in “Making Unorthodox,” I agree that the show isn’t “a story about the existence of God or something like that. It’s more about the right to have your own voice.” “Unorthodox” takes us into a fascinating and widely unknown community, and though it is scripted, it gives viewers a raw, never-before-seen insight into the private lives of Hasidic Jews. Esty was always told and always knew that she was different — she even warned Yanky before their arranged marriage. I believe that she will always have a certain level of respect and love for her upbringing, but she knew she could not live like that forever. She knew that she had to shed her roots to gain freedom. The show is only four episodes long, and when I realized that I couldn’t press “next episode,” I threw a fit. It ends with Esty’s audition, and the outcome of her acceptance to the music school that is so crucial to her remaining in Germany is unknown. I wouldn’t say the final episode ends on a cliffhanger, but it did leave me yearning for more, and made me want to run away to Berlin for no reason at all. There is no confirmed season two yet, but Feldman does have a sequel to her book called “Exodus: A Memoir,” so we can only hope for more of Esty since this series’ length was greatly disappointing. As Feldman explained, the general public doesn’t know much about Hasidic Jews, but they do know “the essence of what’s happening, that’s what’s universally understood.” The essence is finding individual freedom, finding your own community and finding where you belong, even if it means sacrificing everything.