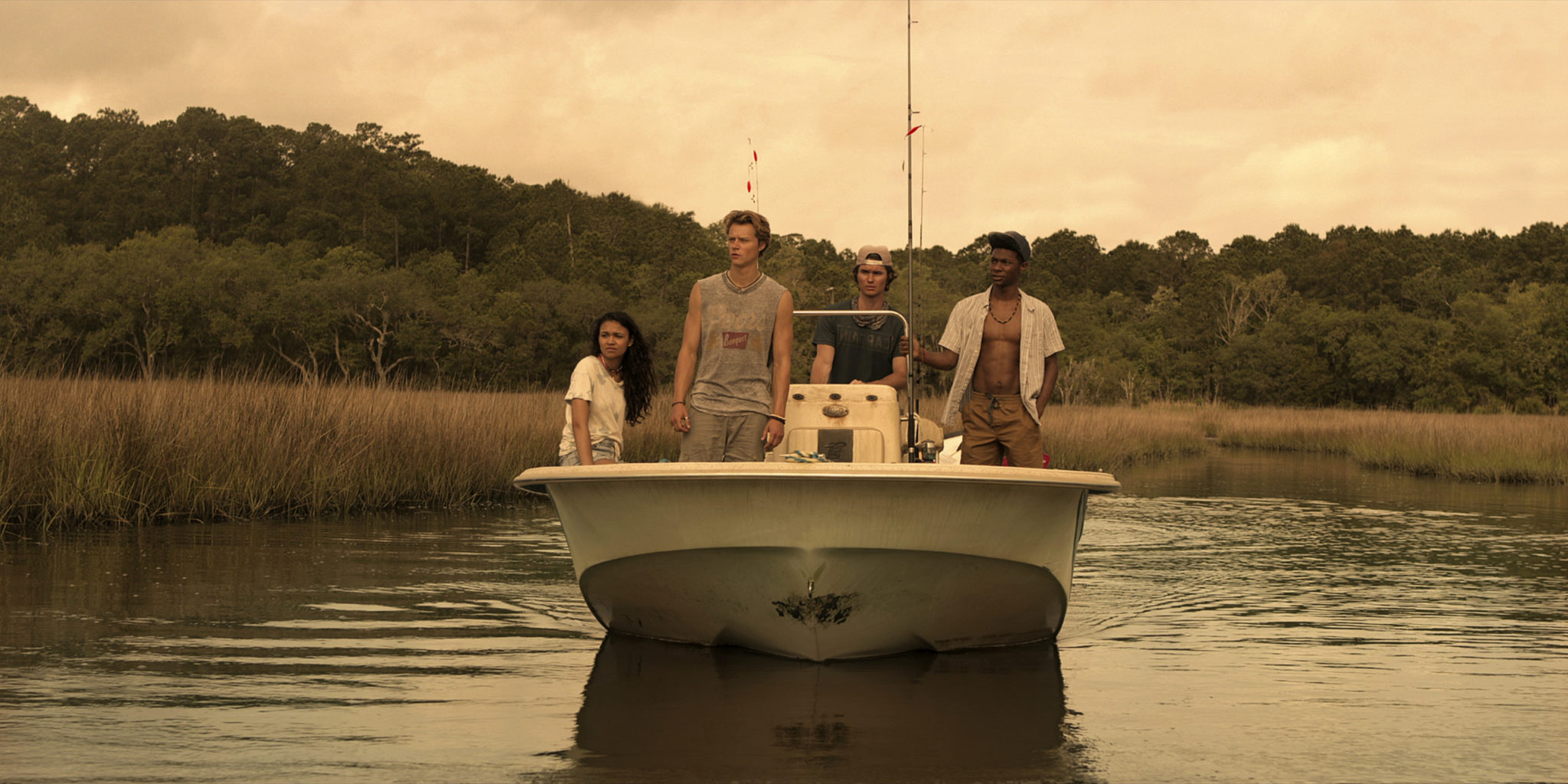 When I first heard about Netflix’s upcoming new release, “Outer Banks,” I was drawn in from just the title. The story is, you guessed it, set in the Outer Banks, a chain of barrier islands off the coast of North Carolina known for their small-town vibe and picturesque beaches. As someone who has grown up in South Carolina, I often took spontaneous trips to the infamous “Outer Banks.” It’s the kind of place where people “either have two jobs or two houses,” according to the show’s main character John B. Ironically, the series “Outer Banks” was not filmed in the Outer Banks at all, but in Charleston, South Carolina, a similar setting to the Outer Banks in landscape and culture. From just the title alone, the series had potential for me, which I soon discovered measured up to a blend of dramas like “Gossip Girl,” “The O.C.” and other fan favorites.

The series revolves around a 17-year-old teen named John B. Rutledge (Chase Stokes), who recruits his three best friends to search for a legendary gold treasure that is associated with the mystery of his father’s disappearance at sea. John B. and his insanely attractive best friends, JJ (Rudy Pankow), Kiara (Madison Bailey) and Pope (Jonathan Daviss), make up the “Pogues,” aka the poor outsiders of the island. The other half of the island consists of the “Kooks,” the wealthy elite that includes John B’s love interest, Sarah Cameron (Madelyn Cline). Sarah’s father, Ward Cameron (Charles Esten), is a seemingly innocent character also interested in finding the treasure. The other Kooks on the island, including Sarah’s initial boyfriend Topper (Austin North) and his friends, will do anything to disrupt the Pogues’ day-to-day activities. 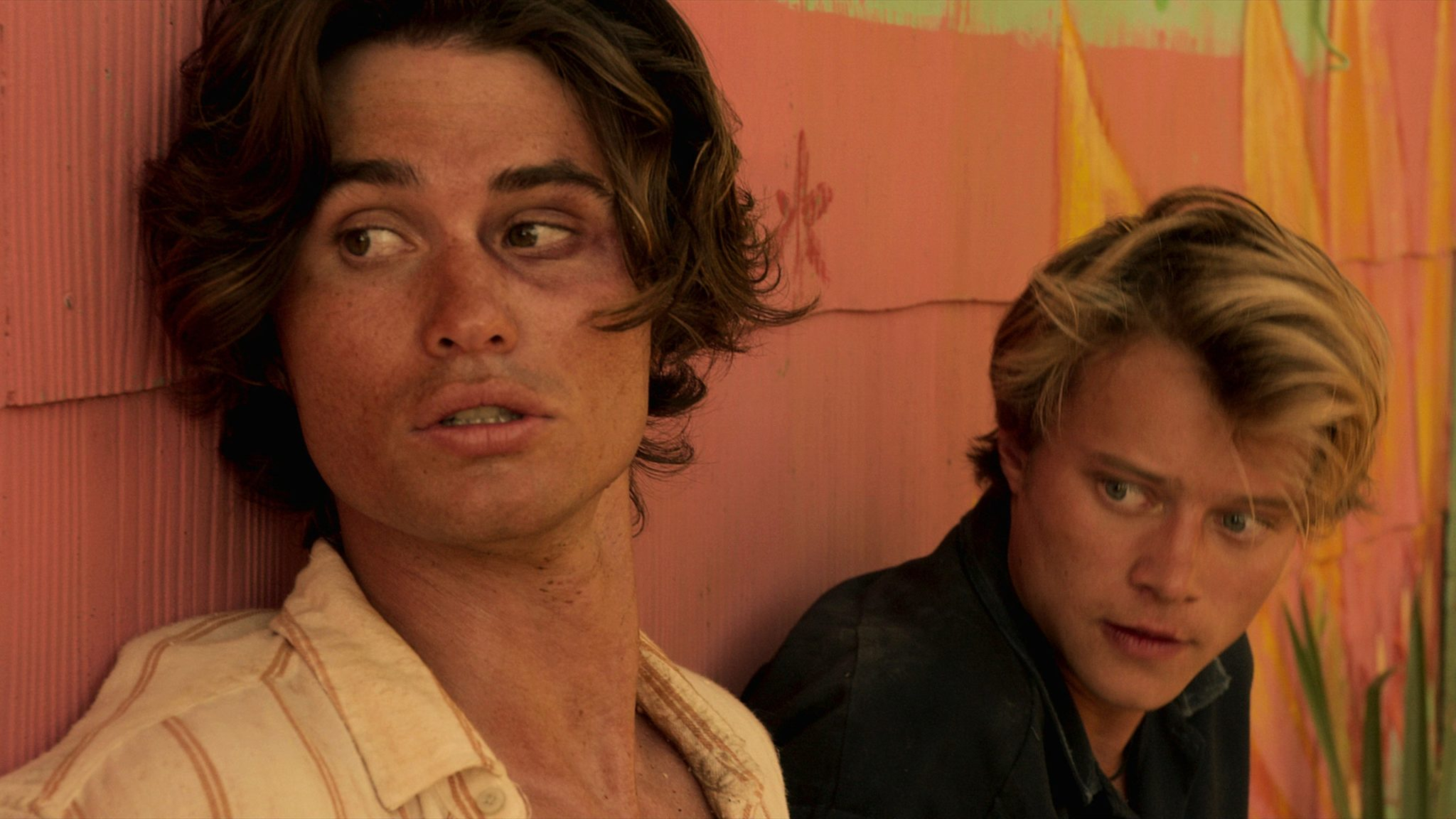 Chase Stokes as “John B” and Rudy Pankow as “JJ” in “Outer Banks.” Courtesy of Glamour

From all these dynamic relationships and conflicts comes an enthralling, 10-episode series full of lust, mystery and absurd twists. The first two episodes are lackluster at best, but the series quickly picks up and is hard to turn away from. While the episodes revolve largely around the central storyline of the treasure hunt, the loyal crew encounters many other setbacks, which include (but are not limited to) drug dealers, a blind woman with a shotgun, being pushed off of a 20-foot balcony and more.

While these may appear like seemingly ridiculous adventures, watching them makes viewers feel like they are a part of the outlandish ride. The story could easily hit a lot of dead ends, but the sequential clues John B. and his friends discover in relation to his father’s vanishing allow us to think that the squad is merely one step away from finding the life-changing pot of gold.

The development of the Pogue characters is cleverly captivating, as they all have dynamic personalities that could reflect a real-life group of teenage friends. This includes John B. having no real guardian while being the leader of the group and his best friend JJ who faces recurring monetary and familial issues. Contrastingly, Kiara is the rich girl trying to justify her position within the Pogue group, and Pope is the whip-smart, morally righteous character who wants to stay out of trouble to protect his potential for a college scholarship. 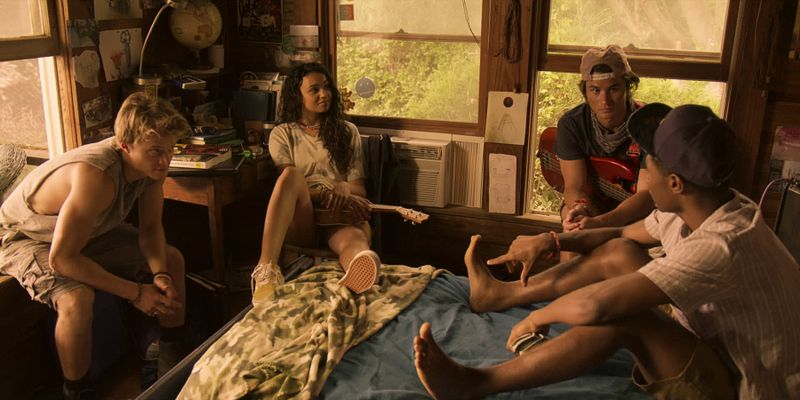 The last three episodes could easily blend together, as they all follow the police chase of John B., who is mistaken as a fugitive at the peril of Ward’s malicious intentions. I almost threw something at my screen because I was hoping again and again that the villains would finally lose. This plea is due largely to the stark contrast between the morals and actions of the Pogues and Kooks that makes viewers deeply loathe the rich elites of the island. The ironic aspect of this cultural divide is that the struggle between the rich and the poor could easily morph into the reality of social class disunity in Charleston or the Outer Banks.

Despite this heavy conflict, the season wraps up nicely, but in a manner that draws some uncertainty in the future state of the Pogue crew.

While “Outer Banks” doesn’t present a plot that is holistically original, the nonstop adventure and suspenseful plot twists are enough to keep your eyes peeled. The young adult series gives viewers (especially UC Santa Barbara students) the comforting illusion that we are there alongside the characters, spending our days in the golden sunshine and ocean mist without a care in the world. If you’re in need of an engaging show worth binging or just some hot guys to watch on TV in this mind-numbing quarantine, I highly recommend indulging your addiction with “Outer Banks.”