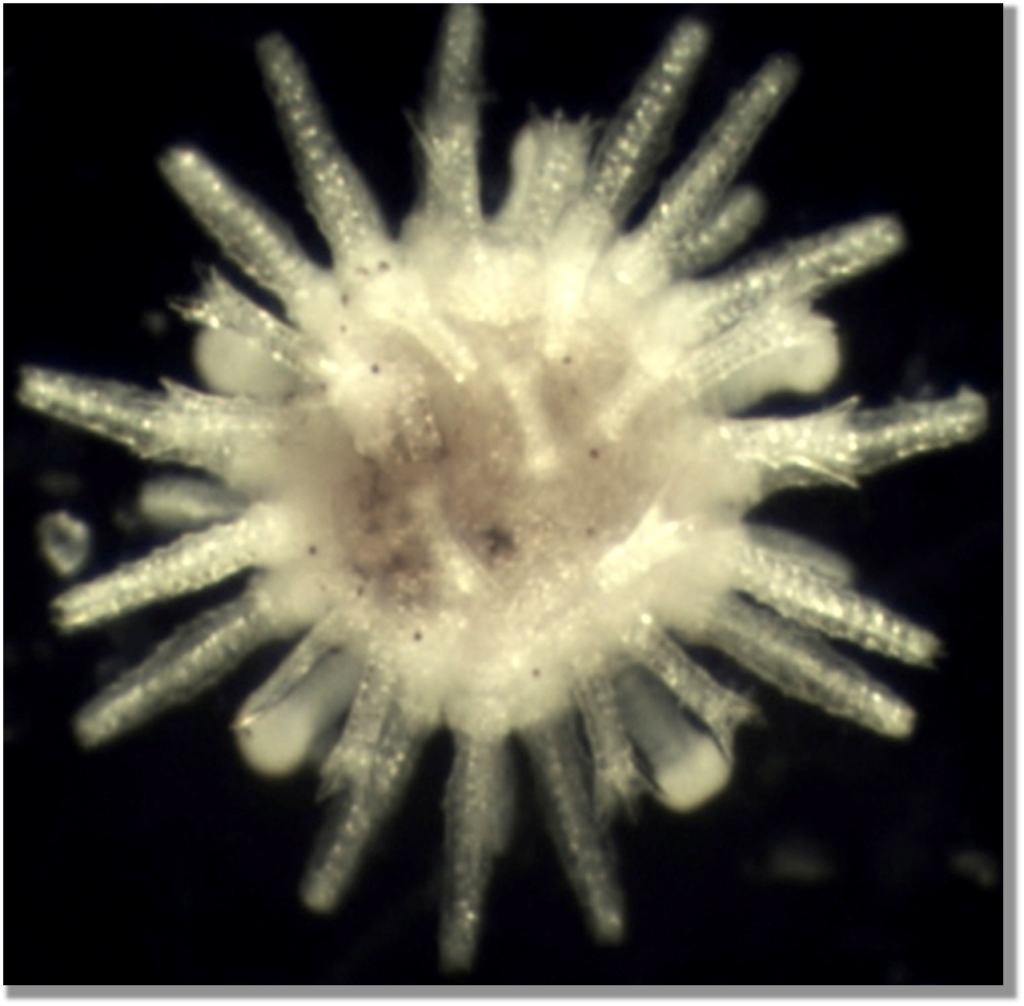 “What we established was a remarkable time series, [a] very high frequency data collection and [one that’s] geographically extensive,” said Stephen Schroeter, a research ecologist with the UCSB Marine Science Institute (MSI) who has worked on the project since its inception.

He is a co-author on a recent paper published in Limnology and Oceanography, working alongside Daniel Okamoto of Florida State University and Daniel Reed, another researcher with the MSI at UCSB.

The paper, just one product of the 27-year long monitoring project funded in large part by the California Sea Urchin Commission, evaluated the effects of purple sea urchin (Strongylocentrotus purpuratus) settlement both during and following El Niño-Southern Oscillation (ENSO) events, which are interannual variations in sea-surface temperature and winds centered in the tropical Pacific.

Ranging as far north as Westport, a town in Mendocino County north of Fort Bragg, and as far south as San Diego, the sites — with almost no interruption — were monitored biweekly, something Schroeter attributes to the ease of data collection. 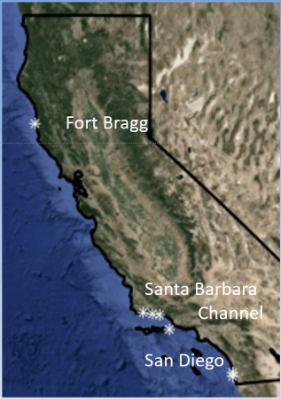 The study sites ranged from Westport, near Fort Bragg, to San Diego. Courtesy of Stephen Schroeter

Inspired by similar sites monitored by researchers working in Japan and the East Coast, Schroeter’s team initially conceived the project as a means to monitor enhancement strategies for red sea urchins as a commercial fishery.

“We had sites in Northern and Southern California [originally] to see if artificial settling substrates could enhance the survival of red sea urchins,” Schroeter said.

When the researchers conclusively deemed the enhancement ineffective, Schroeter and his peers convinced their backers to continue the project as a “fishery independent index of stock health.”

“That’s data that is based on the populations rather than the catch, for example. This is kind of like a canary in the coal mine. [We had] the idea that we could actually see any problems arising from overharvesting, for example.”

One such finding resulting from the decades-long project was a stark contrast observed in the effects of ENSO events on sea urchin settlement in Southern California and Northern California.

“Urchin larvae are in the plankton planktonic for one to two months, so that period is fairly long. The settlement we look at is just when they settle out of the plankton. They’re very small, about 250 microns, and what we found was that there were differing correlated effects of these large ENSO events,” Schroeter said.

In Southern California, researchers observed reduced settlement among baby urchins, while “the absolute opposite pattern occurs in Northern California,” according to Schroeter. This difference observed during the first El Niño events bubbled up again during later El Niños.

“The remarkable thing about it is the repeated pattern. We saw it during the first El Niño events that we looked at in 1992 and 1993 and then subsequently we saw it again,” Schroeter said.

Examining variables which could come into play during ENSO events allowed the researchers to rule out a number of factors thought to be affecting settlement, including nutrient availability, kelp abundance and the availability of phytoplankton or larval food.

“There [was] no clear relationship that we could see between phytoplankton availability, for example. The idea was that we were looking at things that might affect the supply of larvae, like populations of adults and the food supply of adults, and kelp is the major food supply for both species,” Schroeter said. “None of those factors explained much of the variability that we saw in settlement.”

Eventually, they concluded that differing ocean temperatures were the driving factor leading to the different patterns of settlement along Northern and Southern California, with 17 degrees Celsius being the threshold of tolerance for urchin larvae, according to Schroeter. 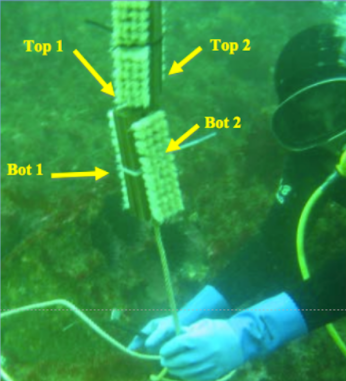 Now, Schroeter is looking to corroborate data from purple urchins with data from red urchins (Mesocentrotus franciscanus), which are closely related. Unfortunately, a relative lack of data is posing a challenge.

This paper only represents one finding from data provided by the monitoring project. Over the years, Schroeter and his associates have used samples from cataloged urchins for a number of other studies, including an ongoing project regarding the effects of ocean acidification on urchins.

However, monitoring has been halted at present due to the COVID-19 outbreak.

“I think our last collection was in March … There are definite seasonal trends to it, so you tend to get more settlement in the late fall or early winter and then things taper off toward the spring. It may be that we very likely got the settlement signal, but it’s hard to say,” Schroeter said.

“It could be that this year we might have lost a year. I don’t know, we’ll just have to see.”