The Daily Nexus
News
UCSB Minecraft Server: Building a Home Away From Home
April 8, 2020 at 11:13 pm by Melea Maglalang

After UC Santa Barbara fourth-year student Charles Neumann realized he wouldn’t be able to spend spring quarter on campus, the global studies and political science double major decided to recreate the campus experience for others who found themselves in the same situation.

Missing the usual sights of Storke Tower, the University Library and the University Center (UCen), Neumann took it upon himself to recreate the campus in a Minecraft server. 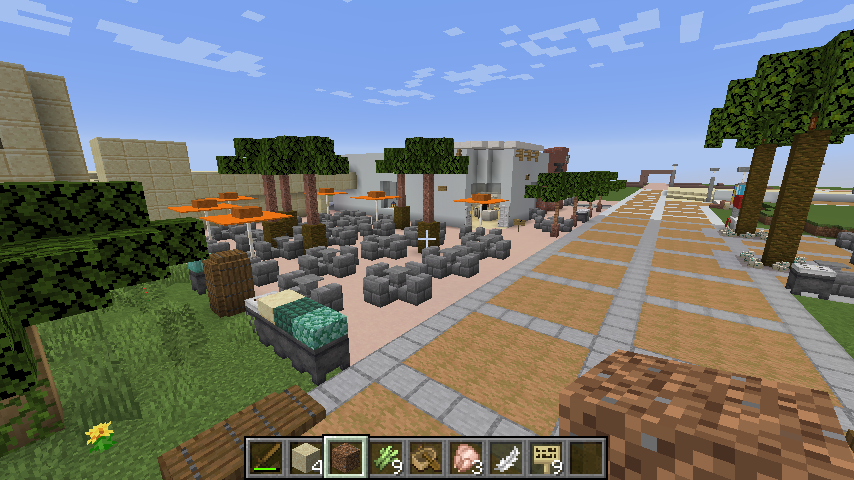 “As a fourth year myself, it was very difficult to accept I wasn’t going to have a contemporary final quarter,” said Neumann, who had been looking forward to what would have been his last Deltopia, last Extravaganza — and, most importantly, his graduation.

He’s not the only one to have done so after losing their last in-person quarter or semester; students from across the country, from Boston University to UC Los Angeles, have started their own minecraft servers, rebuilding their virtual campuses from the ground up.

Neumann said that with building the server, he wanted to guarantee that students could stay connected, even as they moved away from campus.

He knew he would not be the only one disappointed by Chancellor Henry T. Yang’s announcement to hold an online spring quarter, so he decided to create a Minecraft server to lift people’s spirits about the situation.

The idea for a server modeled after UCSB and Isla Vista gained an overwhelming amount of support when Neumann advertised it on the UCSB Free & For Sale Facebook page, with people expressing strong interest in the project.

Since the first advertisement, the community has grown to over 350 members on its own Facebook group and around 250 members on Discord, where members post pictures and coordinate what projects to start next. 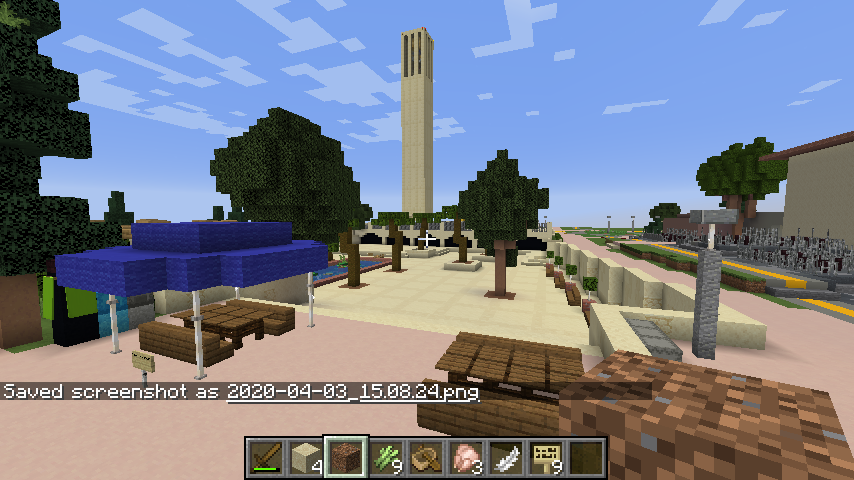 Neumann praised everyone’s dedication and support for the project, as hundreds of students worked together to rebuild the campus in the virtual realm.

“People are logging on and actually getting things done,” he said. “It’s a great community. So far, no one has broken any rules; they’re taking it seriously.”

Neumann said that he aimed to have the server as precise as possible, having users follow a 1-meter-per-block scale and directing them to use Google Earth for measurements. Members of the Discord server have been sending pictures of buildings for references as well.

The first completed structure was UCSB’s signature Storke Tower, soon followed by Storke Plaza, the UCen and the Arbor, said Neumann; the University Library is also in progress. Once campus construction is finished, the project will expand to rebuilding Isla Vista.

Neumann said his overall goal is to build the campus to such an accurate degree that when someone explores the completed server, it feels like the real deal.

According to Neumann, the server has been experiencing technical issues due to heavy traffic on the hosting site. With this being his first time running a large server, Neumann has been doing his best to keep members updated on the server’s status, actively posting announcements on the Discord and Facebook groups. Once the technical issues are resolved, Neumann hopes to incorporate a survival portion to the world, which includes player-versus-player elements, and hold weekend events within the server.

Later in the quarter, Neumann said he is looking forward to celebrating a Minecraft graduation with everyone in the community. But for now, the main focus has been constructing the campus in creative mode, a feature that allows users to build freely with access to all the materials within the game, in addition to just spending time indoors and following the state’s stay-at-home order. 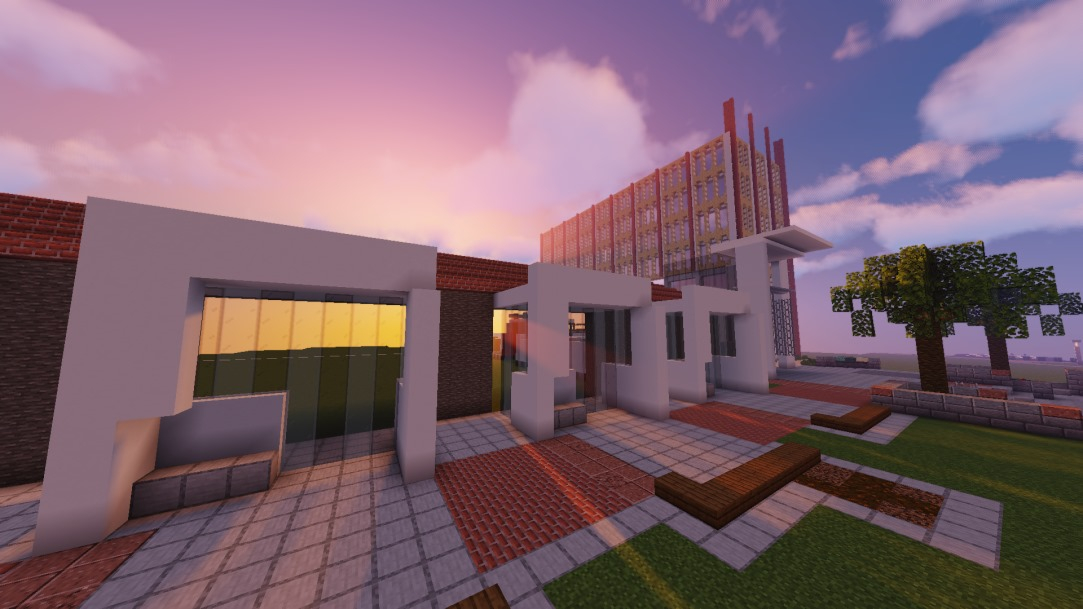 Thomas Montero, a third-year physics major and active member in the community, is responsible for starting the construction of the University Library and many other structures in the server. Prior to joining, he had been familiar with the game since its launch and was looking for a reason to get back into it. A Facebook post about the server caught his attention, and he decided to check it out.

Impressed by the development of Storke Plaza, Montero wanted to get involved, thinking it would be cool to be a part of a memorable project.

“Maybe one day I can look back and say, ‘Oh yeah, I helped with that,’” he said.

“It’s nice to have a small community of people who are just trying to preserve a piece of history,” Montero said. The server has come a long way since the time he joined, he said, emphasizing how helpful the group has been when it comes to working together.

we all have nothing but time on our hands but this seems really sad and pathetic.

I’m sure you have found a lot of fulfillment being an asshole online with all of your free time, but consider that others might find it worthwhile to find a creative way to pay tribute to a campus and community they care about and miss.

Your definition of worthwhile is messed up if this qualifies as a worthwhile use of time. Wow you are a little aggressive to what really is a sad endeavor

this is such a good article, i heard the author really likes the K-pop group “Loona” (stylized as LOOΠΔ)