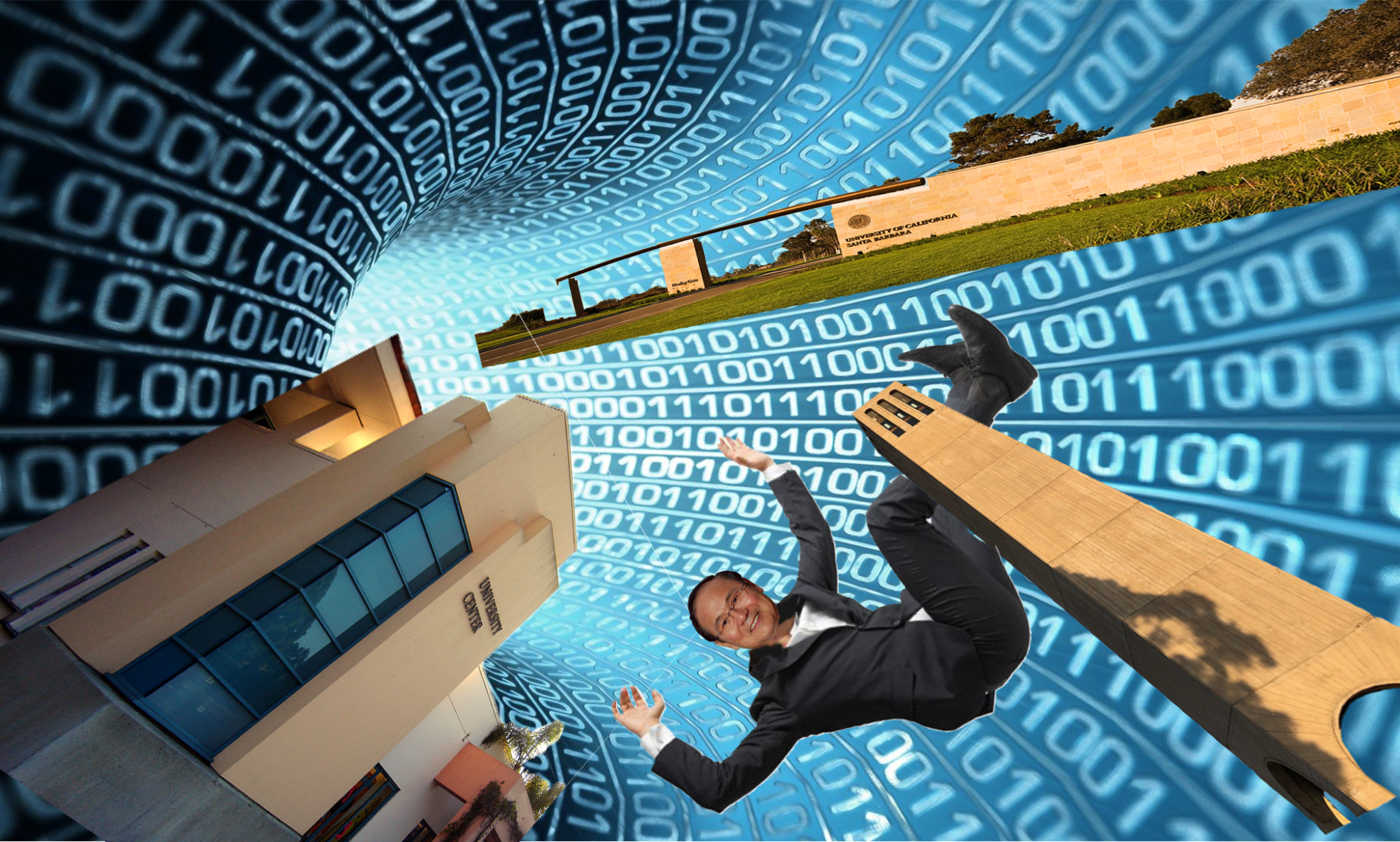 SOMEWHERE IN CYBERSPACE –– In a spectacular technological blunder late last night, one professor accidentally moved the entire UCSB campus to GauchoSpace while trying to upload a lecture to the website.

“I don’t know whose idea it was to leave me to my own devices … literally and metaphorically,” claimed the culprit, Professor X. “With my TAs on strike for a COLA, I’ve been at a loss with all of this technological mumbo jumbo! I was clicking around trying to add my latest video lecture and before I knew it, it said I was uploading 989 acres of data!”

We interviewed one Isla Vista resident who was an onlooker at the scene.

“The noise was atrocious. I heard an awful screeching and looked up to see campus just kind of … floating there. I thought it was the bong rip I had just taken so I tried to rub my eyes and accidentally screwed up my contacts. I went to the bathroom to fix them, but on the way I passed by the freezer and remembered I had some chicken nuggets in there. I threw a few on a sheet pan and arranged them into a star like my mom used to do for me and th—  … um, what was the question? Oh yeah, so I fixed my contacts and went back outside and sure enough, there Storke was, 50 feet in the air with the rest of campus dangling around it. Then, all of a sudden, it just kind of … disappeared. Crazy stuff, man.”

Researchers attempted to communicate with the professor, but he couldn’t figure out how to send them the Zoom link, so we interviewed them instead.

“It seems like our best shot at getting campus back is to get a man on the inside. We’ve been trying to get in touch with the professor to see if he can upload a brave volunteer to GauchoSpace. It’s a dangerous job, but somebody’s going to have to do it if we ever want to see Storkey in the physical realm ever again,” one researcher said.

The sign-up sheet for this expedition can be found under the SRB section of the campus’s GauchoSpace page.

Chace Duma thinks you should give the TAs a COLA so his GauchoSpace isn’t a hellscape.

A bongrip in relation to UCSB is a surprise?