The Daily Nexus
On The Road
San Diego Dishes Up a Perfect Ramen Spot
April 6, 2020 at 12:14 am by Paige Holloway

Before classes shifted online and regulations to stay inside were put in place, I took a weekend getaway to visit some friends in San Diego. One of the most exciting parts of exploring this city was the great variety of restaurants to choose from. A major standout of the weekend had to be Underbelly, a modern ramen spot located in the heart of North Park, San Diego. Although traveling may not be possible at the minute, Underbelly is a great place to remember for future getaways or for any San Diego locals! 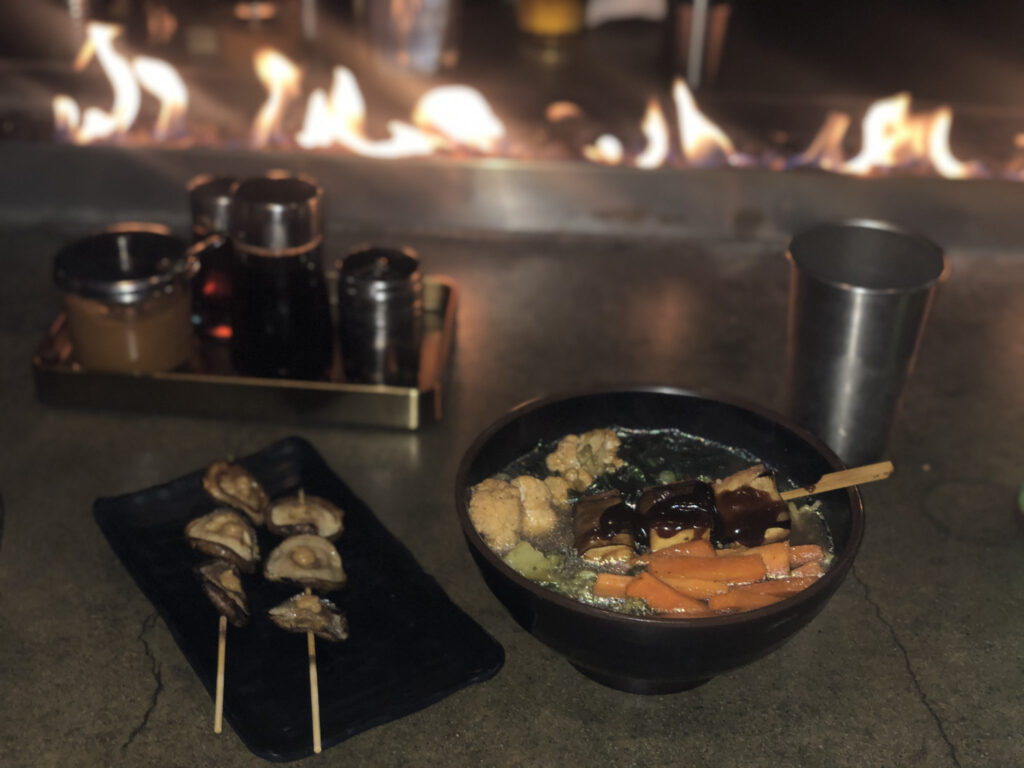 From the street, Underbelly is hard to miss with its fire-lit outdoor courtyard with seating and a bar. Upon walking in, guests are greeted by a worker handing them a lengthy menu full of various ramen and rice bowl options. Although the tofu and vegetable teriyaki bowl looked irresistible, I had come in with ramen on my mind. I ended up ordering the Farmers Market ramen, the only vegetarian option for ramen. It came with vegetable broth, seasonal vegetables (which included carrots and cauliflower), bean sprouts, scallions, seaweed and sesame seeds, but I also chose to add eggplant-wrapped tofu.

As we sat down, we noticed that there was a self-serve water station with options for still or sparkling. We were very impressed with the endless amounts of sparkling water offered for free. Our table was already ready with chili paste and other toppings for when our ramen arrived. In the meantime, I split an appetizer of shiitake mushroom kabobs with one of my friends. They were incredible, and the small serving size left us both wishing that we had ordered more than one. 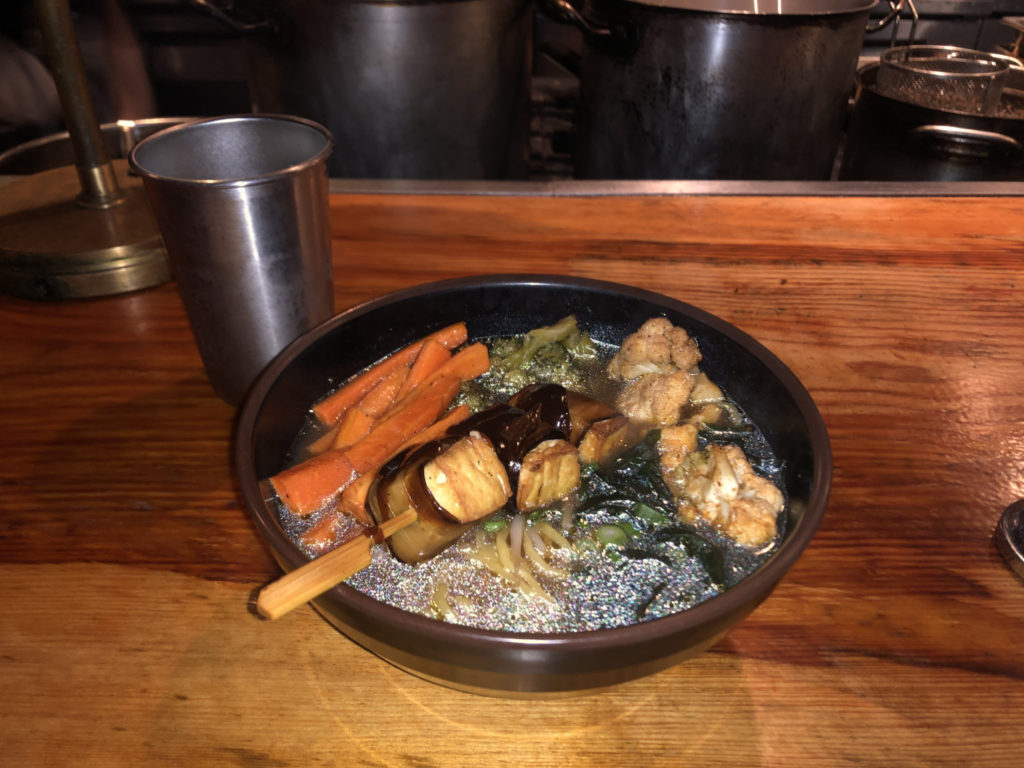 For her entree, one of my friends also opted to get the Farmers Market ramen but chose to add pulled pork and a soft-boiled egg, which she claimed to have added the perfect amount of flavor and protein. My other friend chose the Thai Curry Ramen, which she enjoyed but barely made a dent in because of how filling it was.

After finishing eating, we were all stuffed to the brim and were very satisfied with our meals. While the food was to die for, what really made this restaurant special was its unique setting. Although it was the beginning of March and still chilly outside, we were kept comfortable by the fireside tables and heaters around the patio. The sparkling water was also a very memorable touch.

For any San Diego locals who have moved home for spring quarter, Underbelly is still accepting takeout orders during the shelter-in-place! Although we must try to stay in our homes as much as possible, Underbelly offers the option to order online and have your order delivered to your vehicle upon arriving. Otherwise, we must wait until students can safely return to Isla Vista, because Underbelly is worth the short drive from there to San Diego!