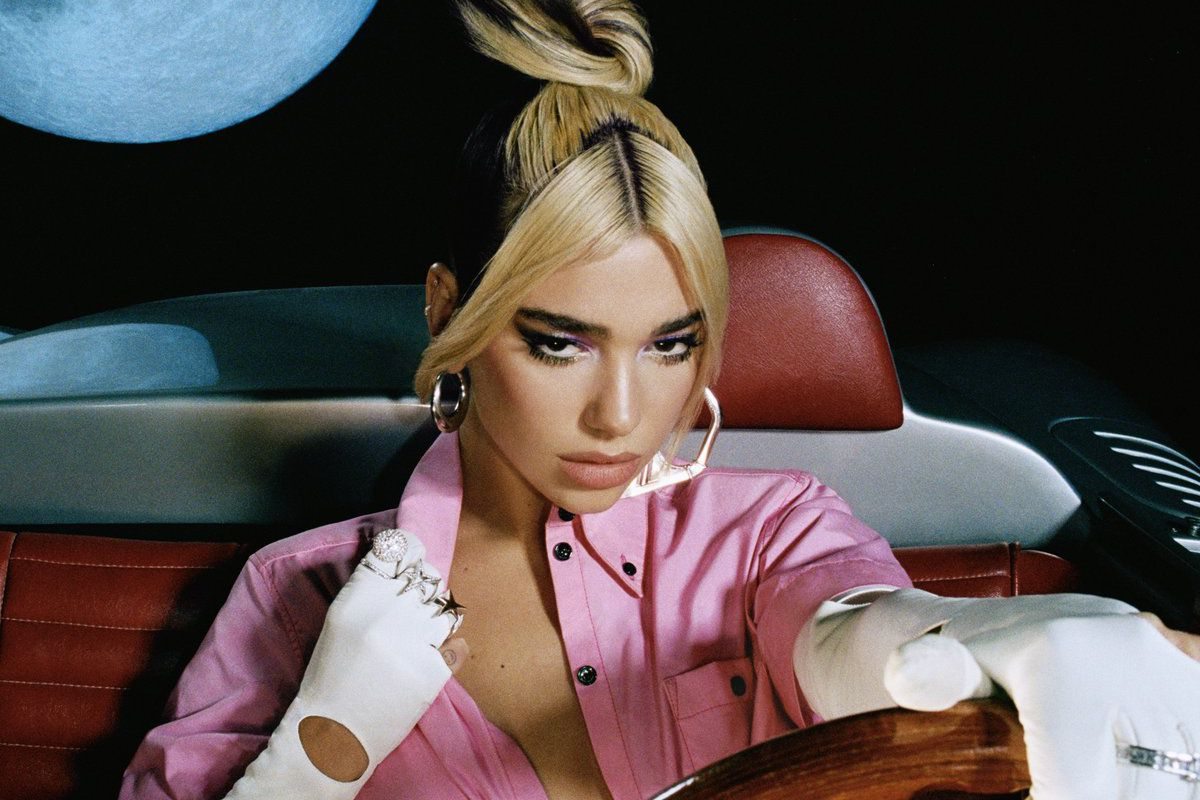 Dua Lipa has successfully avoided the “sophomore slump.” This term, used to refer to students burned out by their first year of high school, can also be attributed to artists who cannot live up to the potential set up by their first album. On “Future Nostalgia,” however, Lipa defies expectations, sets the bar even higher and delivers 2020’s first fantastic pop record.

Lipa’s self-titled 2017 album was a solid introduction to the pop star — and even earned her a Best New Artist Grammy Award — but in some places felt too formulaic and generic, like pop music merely designed to sell. On “Future Nostalgia,” however, Lipa carefully constructs her sound around ‘80s pop and brings it to the present, embracing retro trends while putting a fresh perspective on them.

“I don’t think it would be as fun if I tried to recreate the first record,” she told The Face. “As an artist, you constantly want to grow and change your perspective and try something new.” The willingness to try something new and branch out of an artistic comfort zone is a special quality absent in some pop stars today; Justin Bieber and Camila Cabello’s recent albums come to mind. But, as Harry Styles did in 2019 with his album “Fine Line,” Lipa improves upon her sound and offers something unique with her second album.

To completely change artistic direction is a hard task, and in an Instagram Live before the release of “Future Nostalgia,” Lipa admitted the pressure she felt in attempting to improve upon what she had accomplished before. The stress came from heavy criticism of her clothing, dancing and stage presence, including the infamous dance move of Lipa looking like she’s trying to get on a shoe.

Public opinion changed after her performance of the album’s lead single “Don’t Start Now” at the 2019 MTV Europe Music Awards, where she executed a fantastic set of choreography and looked confident doing it. It was evident that she was taking the criticism she had received and actually using it to improve. Ths song and performance set Lipa up for a home run in the new “Future Nostalgia” era, where she delivers 11 tightly woven  tracks, each being a unique experience with no room for filler.

The aforementioned lead single “Don’t Start Now,” is a disco-infused dance track about moving on from an ex, right when they’re crawling back. “Don’t show up, don’t come out/Don’t start caring about me now,” she proclaims, while surrounded by people on a dancefloor in the music video. The song gets progressively layered and stronger, and by the third chorus, everything that makes the song great — the vocal chops, powerful chorus and ‘80s strings — is on display. The outro explodes into an atmosphere so danceable it’s impossible to resist turning the volume up, and it alone places “Don’t Start Now” in the upper echelon of great pop songs, joining Lorde’s “Green Light,” Taylor Swift’s “Style” and Robyn’s “Dancing On My Own.” According to iTunes, I’ve listened to the song an embarrassing 363 times, and I’m still not sick of it.

The title track serves as a mission statement to the album’s sound: “You want a timeless song/I wanna change the game,” Lipa says as she exudes confidence. The outspoken and playful chorus boasts, “I know you’re dying trying to figure me out/My name’s on the tip of your tongue, keep running your mouth.” Though there’s already a song called “Cool” on the record, there are few other adjectives which more aptly describe “Future Nostalgia.”

“Physical,” the second single off the album, is a punchy ‘80s dance-pop track, interpolating Olivia Newton-John’s 1981 song of the same name. The song is undoubtedly the most muscular one on the record, and the cry “So come on (Come on), come on (Come on), come on/Let’s get physical” commands you straight to the dance floor. The thumping synths and bedazzling lyrics (“You got me feeling diamond rich/Nothing on this planet compares to it”) feel like a dark, faster version of Kylie Minogue’s “Can’t Get You out of My Head.” With one of the best bridges in recent pop music history, it’s a perfect choice to sing along to in the car.

“Levitating” is the song most likely to take place in the world depicted by “Future Nostalgia” album cover, combining stellar, dance-ready instrumentals with a chorus easy to chant. The song reminds me of a night out with friends, with its chill vibe and light and breezy chorus: “I got you, moonlight, you’re my starlight/I need you all night, come on, dance with me/I’m levitating.” The effortlessly relaxing nature of this song makes it seem like pop music is simply too easy for Lipa. With the line, “I’m feeling so electric, dance my ass off,” how could a song get better?

Lipa also goes full throttle on two sex-positive anthems, leaving nothing to the imagination. “I dedicate this verse to (Verse to)/All that good pipe in the moonlight,” she says on “Good In Bed,” a song about a relationship held together only by sex. “Pretty Please,” described by Lipa as “the first breather on the record,” might have a low tempo but things quickly heat up in the chorus: “Put my mind at ease/Pretty please/I need your hands on me,” she pleads.

“Cool,” co-penned by Swedish songstress Tove Lo, is a summer-ready track about staying up all night with a new love, and the two “Keep it going till we see the sunlight/And the color of the sky looking nice-o-nice.”

“Hallucinate” sounds like a mix of Minogue’s “In Your Eyes” and “Love at First Sight,” both songs on her 2001 “Fever” album, which was cited as an inspiration for Lipa. This dance anthem presents someone infatuated with a lover, as she describes, “I hallucinate when you call my name/Got stars in my eyes.”

“Boys Will Be Boys,” sounds like it could fit onto Marina and the Diamonds’ 2010 album “The Family Jewels,” and closes the record, albeit wearily. The themes of female empowerment (“Boys will be, boys will be boys/But girls will be women”) align with Lipa’s activism, but with the 10 previous tracks being so exciting, it’s a less-than-average close off, with no real retro themes or danceable instrumentals like the rest of the album’s tracks.

“Future Nostalgia” is the sound of an artist who wants to evolve, to create a new, innovative sound, and do so carefully. The album presents Lipa as 2020’s first new pop superstar, but are you surprised? As she flaunts in the album’s title track, “No matter what you do, I’m gonna get it without ya/I know you ain’t used to a female alpha.”