The Daily Nexus
News
In the Limbo of Coronavirus, International Students Struggle With Housing and Travel
March 20, 2020 at 9:03 pm by Yiu-On Li

Xu, a pre-financial mathematics and statistics major and a fellow within the Associated Students (A.S.) Office of the External Vice President for Statewide Affairs, is an international student. As the coronavirus rapidly spread across the United States, and with Xu’s homeward airline tickets to China canceled, she realized she would have no place to stay as most of her student-peers left campus for the week or longer.

“We cannot go back,” Xu said. “Everything now is kind of chaos.” 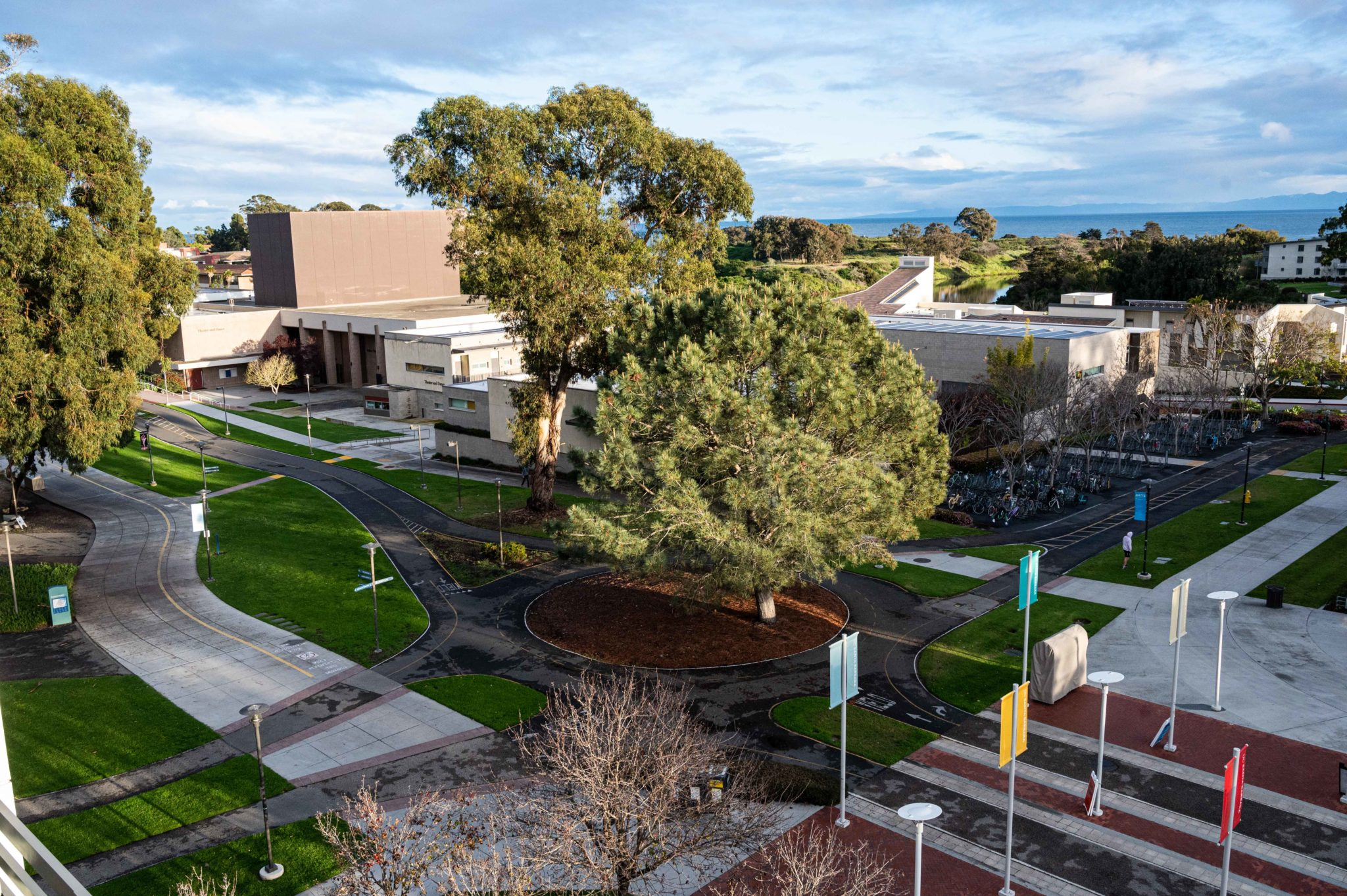 The campus was left nearly empty this week as students left for home amidst coronavirus outbreak. But international students, who compose 14% of the campus population, face the possibility that if they leave the country, they won’t be able to return. Max Abrams / Daily Nexus

Even if she could go back home, there was the looming possibility that she would either contract the virus while there or be denied reentry into the United States, and thus be unable to return to UCSB, she explained.

Many of these international students are in the same situation as Xu — unable to return to their home countries, but unable to remain in the dorms without paying the $300 spring break housing fee. UCSB’s Global Gaucho Commission (GGC), a student organization that advocates for the interests of international students on campus, is working to alleviate that financial burden.

Charles K. Neumann, a fourth-year global studies and political science double major and co-founder and internal chair of GGC, explained that the organization made it a priority to push for housing vouchers for all students whose travel plans had been altered by the coronavirus, beginning in February.

According to a survey conducted by the GGC of 100 Chinese students currently living in residence halls on campus, more than half of the respondents planned to either return to China or remain at a friend’s house or a hotel during spring break, Neumann said.

But those results were from Week 6 of winter quarter, he noted, and “there are definitely students who are still having difficulty [with] finding places.”

Alternative housing options that are currently available at UCSB are limited; students needing temporary housing must apply through the Financial Crisis Response Team (FCRT), which approves each housing request one at a time.

“What we want is a more universal kind of deal where all students who are affected by the coronavirus [are] being given housing vouchers,” Neumann said.

But according to Neumann, the process of advocating for spring break housing vouchers for any students, international or otherwise, is not an easy process.

After two weeks of continuous back and forth with the administration — including a trip to Cheadle Hall to speak with an absent Chancellor Henry T. Yang, multiple attempts at talking to the Division of Student Affairs and a petition — the GGC was eventually directed to Housing, Dining & Auxiliary Enterprises (HDAE), according to Neumann.

“We’ve been copying from one contact source to another,” Neumann said. “And initially, we kind of felt like they were just passing us along, to kind of shift responsibility to somebody else.”

On Feb. 21, HDAE sent an email to students living in university-owned housing to offer them the opportunity to stay in their current dorm during spring break given “an extenuating circumstance due to the travel restrictions as a result of the coronavirus.”

However, students who opt for this extra week of housing must still pay the fee. Neumann argued that since the cost originates from “a circumstance that is completely beyond anybody’s control,” the GGC still plans to meet with Garry Mac Pherson, the vice chancellor for administrative services, to discuss waiving the fee entirely.

The GGC is exploring alternative payment avenues in the event that UCSB does not waive the housing fee, Peter Feng, a second-year economics major and external chair of the GGC, said. According to Feng and Neumann, potential options include reimbursements after spring break from either the organization or A.S., a food-specific waiver for eating out in local establishments when the dining commons are closed during break and housing waivers from the FCRT.

But the one thing that the administration cannot provide, Xu said, is certainty.

“If [courses become] online, we are kind of worried whether we should go back to China or just stay here,” Xu said. At the time, UCSB had only announced that classes would take place remotely through the end of April, rather than through the entire spring quarter. “We’ll just wait and see.”

Whatever the following days, weeks and months have in store, Xu expressed that this situation was not ideal for anyone.

“We all hope we can get over with this, right?” she said. “I hope everything could get back to normal as soon as possible.”