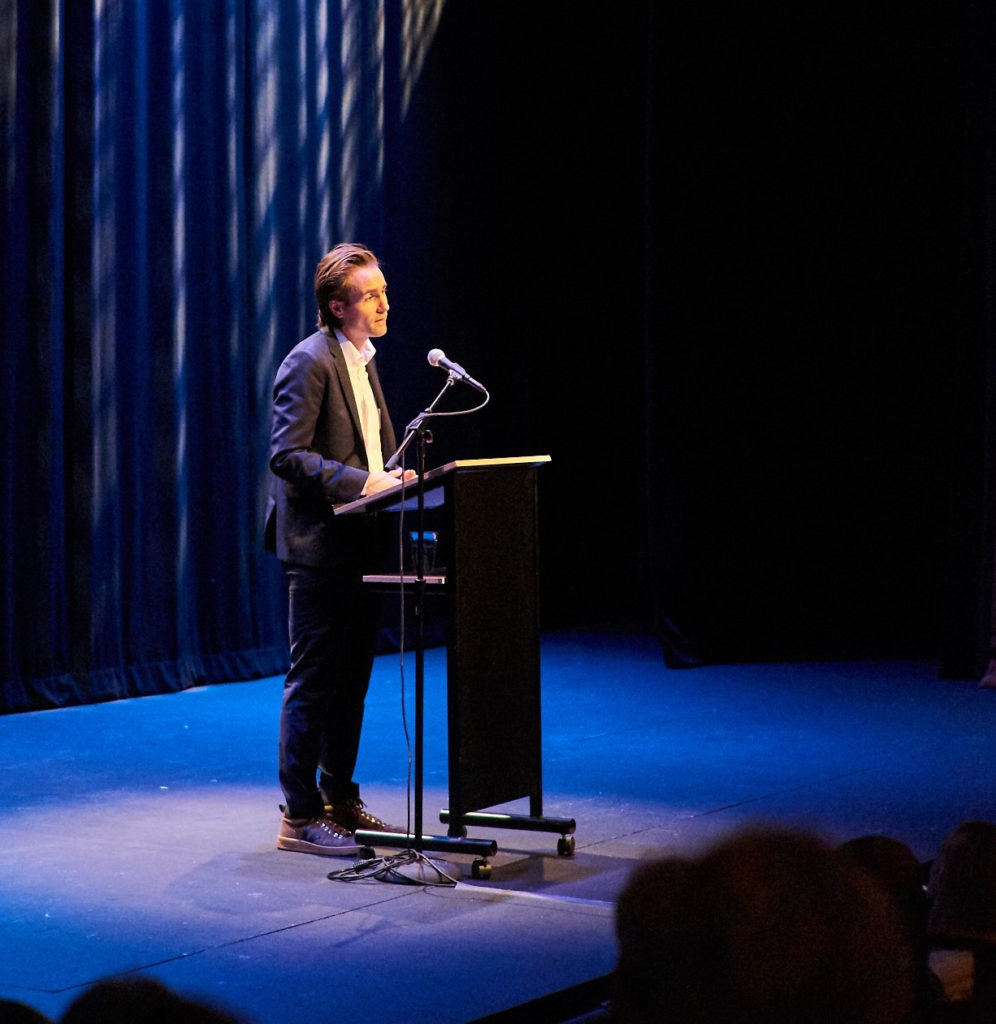 On Thursday, March 5, the New Vic Theatre hosted renowned journalist David Wallace-Wells for his talk, “Surviving the World: Making the Best of a Burdened Planet.” Wallace-Wells is an American journalist and the deputy editor of the New York Magazine. He is most well known for his work on climate change, including his article-converted-book, “The Uninhabitable Earth.”

The talk was a shocking recount of the negative effects that humans have already had on the planet and the gravity of the situation if no action is taken. The event was part of the “Forces of Nature: Activism, Education, Research & Solutions” series, a themed lecture and film series programmed by UCSB Arts & Lectures on the environment and the importance of conservation.

In his talk, Wallace-Wells said that he does not consider himself a nature- or animal-lover. He described himself as a “city boy” who always thought nature was something “that happened to other people.” Nevertheless, he fights to bring awareness to the serious issue that is climate change.

“I’m not an environmentalist. I’ve never thought of myself that way. I’ve never gone camping. I’ve never gone on a hike. I’ve never had any pets. And while I’ve always thought it was nice to go on trips to visit nature, I always thought that urban life was a fortress that protected me against nature’s forces. I spent my life, like a lot of people, daily [being] complacent and deluded about the threat from climate change,” Wallace-Wells said.

“Altogether, climate change is an all-encompassing challenge that almost anyone in this room is not comfortable acknowledging,” Wallace-Wells said.

According to Wallace-Wells, climate change is not a slow process. He warned that unlike what many people think, climate change is not a problem that is to be left to the younger generation to fix. It is a problem that needs to be addressed now. In his talk, Wallace-Wells explained that half of the emissions that have ever been produced have come in the last 30 years, effectively meaning that the human population has managed to do more damage in the last three decades than has been done in the entirety of human existence.

He continued on to say that in the Midwest, farmers earned 40% of their income from insurance money due to flooding. In California, wildfires spring up at unprecedented rates. In Europe, heat records (originally standing for centuries) were broken three times in the same summer. In Australia, fires have been burning for months, burning almost a quarter of the continent’s forest and killing 1 billion animals, even bringing some to extinction.

Wallace-Wells stated that extreme weather events are only bound to worsen if action isn’t taken now. He also claimed that they aren’t the only negative consequence to come from climate change.

Some studies show that higher temperatures have been linked to higher rates of war and crime while pollution has been linked to lower test scores and premature births, Wallace-Wells explained.

“When they introduced easy pass — where cars idle less when they go through a toll which meant they produced less concentrated pollution — just the effect in the neighborhood of those toll plazas reduced premature birth and low birth weight by 13%,” he mentioned.

“As terrifying as some of these impacts may seem, they are ultimately a reflection of our power on the planet. If we are talking about a world with twice as much war and half as much food, it will be because we have chosen to make that world real,” Wallace-Wells explained.

Carbon easiest element that is made.