The Daily Nexus
Nexustentialism
It's satire, stupid.
Freshman Taking Adderall for Intro Classes Fucked for Real Life
March 10, 2020 at 4:20 am by A. Wiessass 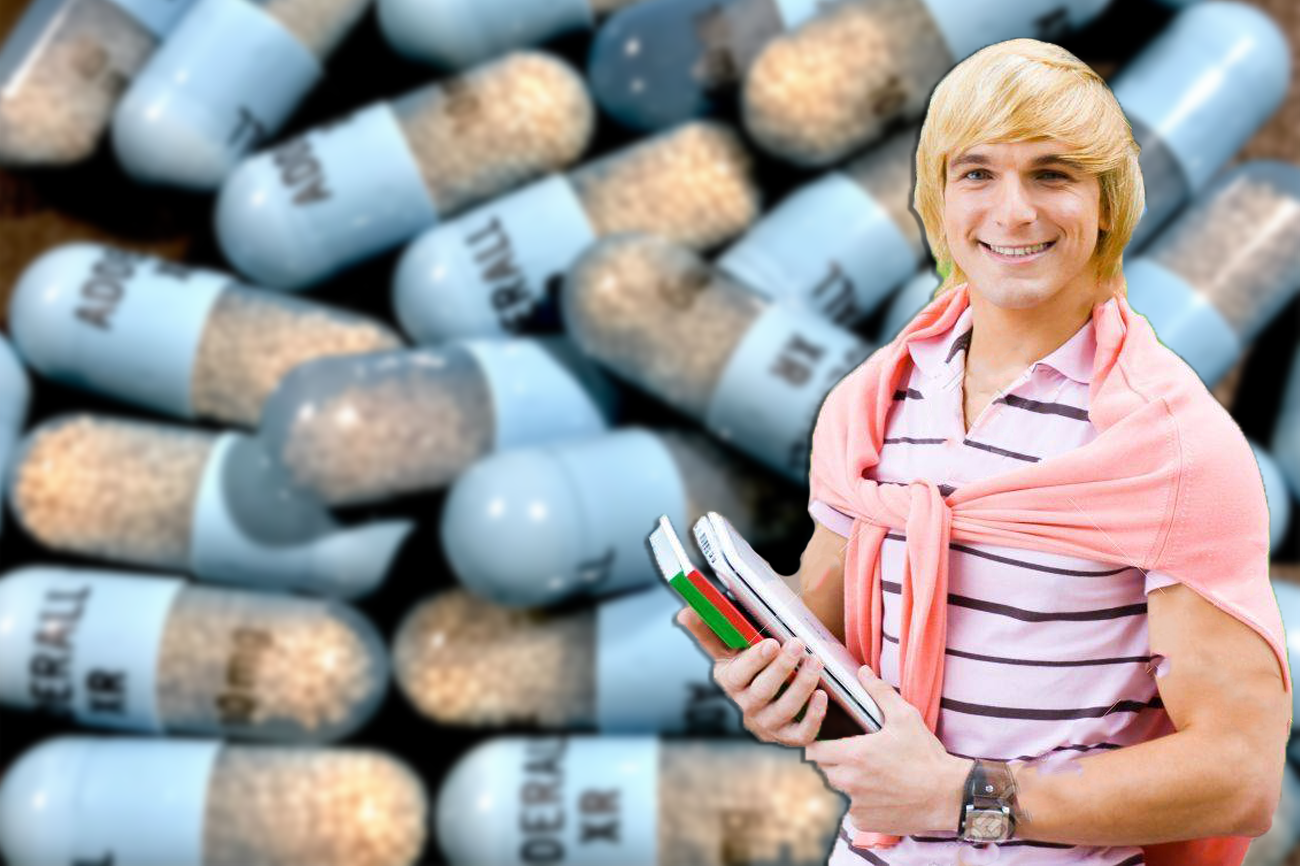 BREAKING — UCSB researchers focusing on the cognition of education have published a new report concluding that college freshmen who start using stimulant drugs such as Adderall as a study aid for classes early in their academic careers, like GE and intro classes, are “fucking weaklings who would run away sniveling when faced with the harsh realities of life.”

This report has been spreading across campus, with many feeling personally attacked by its findings. “Those scientists are being totally, totally unfair! Some of these intro classes are really hard,” said freshman linguistics major John Neidapil. “Like, I’m taking Dinosaurs right now, and it’s a lot of freaking work!” he continued, with tears welling in his eyes and his baby face quivering from the trauma of having to face a depiction of himself that differed from the “perfect little boy” that his mom told him he was.

The researchers that worked on this report have responded to this outcry from students who feel targeted by its findings by stating: “Waa! Waa! Wittle babies can’t take being confwonted by weawity? Our report simply functions as a mirror that is showing you a side of yourself that you have, up until now, refused to acknowledge. All your reasons to hate the mirror are really just reasons to hate the person reflected in it.” The researchers continued, “you don’t need Adderall like someone with ADHD needs it. What you need is a reevaluation of yourself and to ask yourself if you really belong here if you need recreational drugs just to fucking study.”

Local Adderall dealers reported a momentary downturn in the illicit prescription drug market, which was quickly followed by a spike in sales — likely attributable to students wanting to make up for lost productivity during their respite of self-reflection.

Regardless of the report and its findings, it seems obvious that Adderall will continue being a mainstay in freshman dorms and the University Library alike. Jittery Gauchos will continue to try to make up for dilly-dallying for the rest of the quarter by staying up all night with the help of some friendly, little amphetamine. Orange dust stains their desks from splitting pills, but a seeping feeling of inadequacy is what stains their souls.

A Wiessass consumes Adderall like a toddler consumes multivitamin gummies.