The Daily Nexus
Nexustentialism
It's satire, stupid.
Graduate Student COLA To Be Paid in Gaucho Bucks
March 6, 2020 at 4:20 pm by Henri Bemis 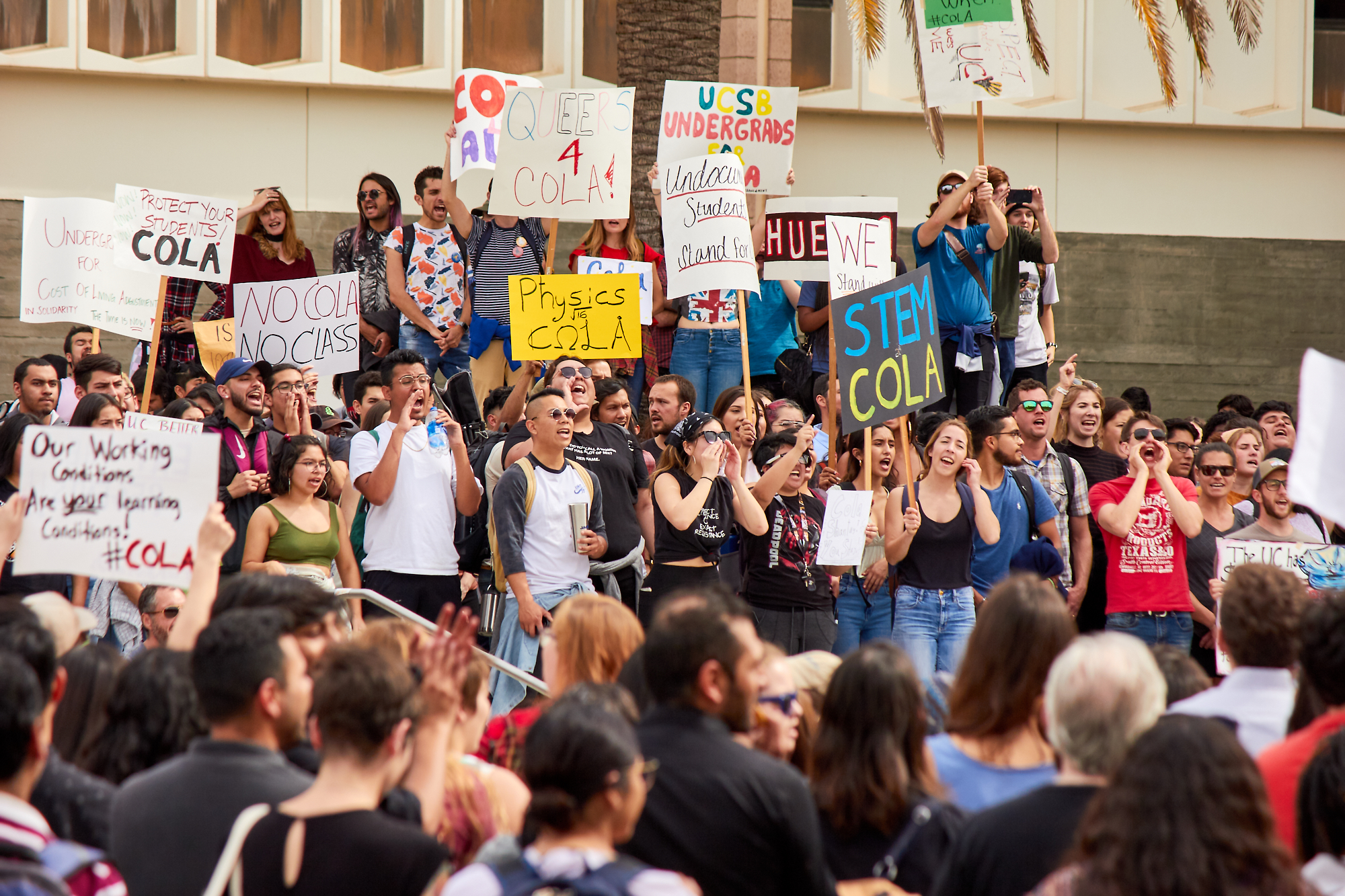 In the wake of graduate student protests demanding a cost-of-living adjustment, the university announced today that it had ultimately conceded to award the sought-after wage increase. Following a brief pause and some fervent deliberation between UC regents, it was then clarified that the COLA is to be paid entirely in Gaucho Bucks.

Graduate students at UC Santa Cruz, who instigated the rapidly growing COLA movement, have been stunned by this decision. After celebrating this momentous victory for grad student quality of life, many paused momentarily to ask, “Wait, what the fuck is a Gaucho Buck?”

“We have heard your demands, graduate students of the UC system. We understand and resonate with your plight,” said UC President Janet Napolitano.

“Thus, we have graciously decided to ease your burden by increasing graduate student wages by $1,807.51 Gaucho Bucks per month.”

Graduate students at UC Santa Barbara have responded to this announcement with both excitement and confusion, many calling this development “almost what we wanted.”

“We hope this Gaucho Buck stipend — which will be accepted by the Arbor, the Bookstore and zero landlords — will ease the burden borne by these integral members of the university.”

Plans are also allegedly in the works to supplement this COLA with unused meal swipes from the Ortega Dining Commons.

“This would be kind of like a solution to our problem,” said UCSB graduate student Amy Pennyworth. “But also not really.”

Though the graduate students of UCSB will presumably be no closer to living unoppressed by the unaffordable housing costs, they will now at least be able to afford all the Yerba Mates and scantrons their burnt-out hearts desire.

Henri Bemis wants a little coca with his COLA.