The Daily Nexus
Sign of the Times
Following the Money: How Big Oil is Backing Candidates
March 2, 2020 at 11:55 am by Sheina Crystal, Kayla Gorman and Miranda O'Brien

In the wake of recent revelations concerning the influence of oil money in Ventura County’s 2020 Board of Supervisors race, some digging around into Santa Barbara County’s own 2020 Supervisor race seemed fitting. What we found was shocking and serves as a reminder that in the face of the climate crisis, electing officials with strong climate policies is key. While politicians may try to hide their ties to Big Oil in order to appear “green,” the sources of their money reveal much about where their true priorities lie. 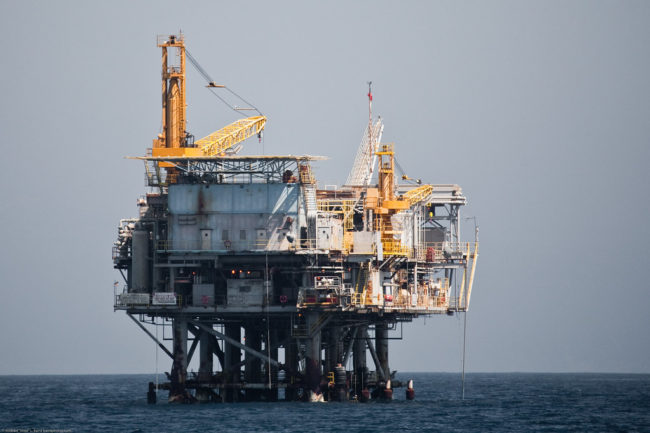 Bruce Porter is a prime example. Porter is running for the Third District seat on the Santa Barbara County Board of Supervisors, opposing incumbent Joan Hartmann. This district includes Buellton, Solvang, Guadalupe, part of Lompoc and Isla Vista. This calendar year, Porter’s campaign has accumulated $60,000 from Buellton First 2014. While a cursory google search of this group produced little information, further digging revealed that its treasurer, Peter Robertson, is on the board of the Buellton Chamber of Commerce. The Buellton Chamber of Commerce has very publicly endorsed ExxonMobil’s request to truck oil from its offshore wells through the county and to restart Exxon’s Santa Ynez processing facility.

Additionally, the Buellton Chamber of Commerce is sponsored by Aera Energy, the same group seeking permits to develop and drill oil in the Cat Canyon Oil Field. According to the county’s environmental impact reports and several independent analyses, the ExxonMobil trucking and Cat Canyon proposals will result in extraordinarily high greenhouse gas emissions, and significant threats to air and drinking water quality as well as to the region’s biodiversity.

Despite running as an independent, further investigation of Porter’s funding reveals that in 2020, he has received close to $100,000 from the Santa Barbara County Republican Party (SBGOP). The SBGOP has in turn received close to $96,000 from oil-related businesses in 2020 alone, including Terracorp (another company that sought permits for drilling in Cat Canyon), Pacific Coast Energy Company, B.E. Conway Energy Inc. and Towne Exploration Company.

You may be asking, what about Porter’s climate policies? Are they any good? The answer is a resounding no. Although Porter makes the claim that he will “ban fracking in the county,” this point is moot. The rock formations in Santa Barbara County require cyclic steam injection to extract oil, which unlike fracking, necessitates the injection of superheated steam rather than chemicals to extract oil. Therefore, banning fracking in this County would have little impact on oil production. Additionally, Porter claims that local oil production will cut carbon emissions, but 80% of known fossil fuel reserves must be kept in the ground to avoid worsening the climate crisis. Instead of local oil production, we need local oil reduction: a decrease in the amount of oil used and produced in the district, and a just and efficient transition away from fossil energy. 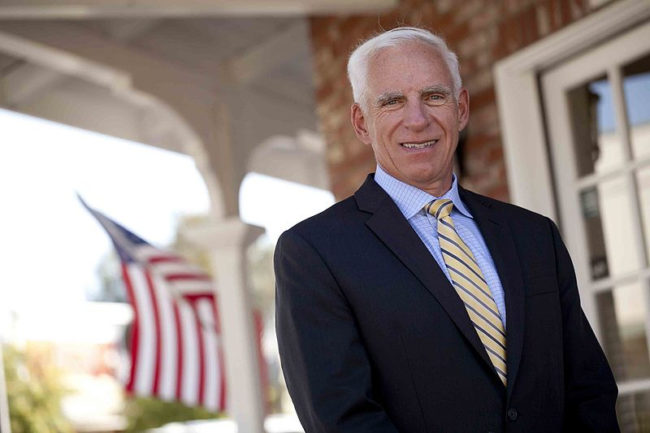 Unfortunately, Porter is not the only candidate in Santa Barbara who is bought and paid for by the fossil fuel lobby. Bob Nelson, a candidate for the Fourth District seat on the Santa Barbara County Board of Supervisors and former chief of staff for the current Fourth District Supervisor Peter Adam, has also received funding from oil interests. This district includes Orcutt, Lompoc, a southern segment of Santa Maria and part of the Los Alamos Valley. Currently running unopposed, Nelson has also been one of Porter’s benefactors. In turn, Porter for 2020 has contributed money and lawn signs for Nelson’s campaign.

Though he has received comparatively less contributions than Porter, Nelson has also received funding from multiple smaller, local oil figureheads. Most of Nelson’s donations come from real estate or housing development LLCs but many of these have ties to the oil industry. For example, Burton Mesa Holdings, LLC, which has contributed $5000 to Nelson’s campaign, is led by Kenneth Hunter, who is also the president of Vaquero Energy Inc., a local oil and gas company. Kenai Drilling, another donor to Nelson’s 2020 campaign, is a local drilling company based locally in Santa Maria and Bakersfield. The company is owned by Tim Crist, who donated to Nelson’s campaign in his own name. Kenai is one of the largest drilling contractors in the state of California with rigs available to conduct oil, gas and geothermal drilling on land as well as offshore.

On March 3 we have a choice: to vote for a candidate whose policies are inextricable from the interests of the oil companies or vote for a Board of Supervisors that will stand up to Big Oil. Regardless of political orientation or party membership, a candidate’s funding says a lot about their values and so these facts matter. Afterall, climate change is a bipartisan issue and will affect us all. Here in Santa Barbara, we are already experiencing the effects of the climate crisis. This is why it is critical that we take action to elect local representatives who take the climate crisis seriously. Electing officials who are not influenced by oil money is one big step in the right direction.

Sheina Crystal, Kayla Gorman and Miranda O’Brien encourage students to look into where candidates are receiving their funding. You can do your own research here.

Note of clarification [3/3/20, 1:45 p.m.] Bruce Porter is not a registered Republican and did not seek the endorsement of the Santa Barbara Republican Party.

Joan Hartmann is a republican who voted for oil.

WHERE IS THE HORSE LADY GETTING HER MONEY. WHAT AREN’T YOU TELLING US, DAILY NEXUS??

Karen Jones is a Republican and endorsed Joan Hartmann in 2016. Wow.

Thanks for the article!! Definitely voting for Hartmann