The Daily Nexus
Self Study
UCSB: From Wonderbread World to Home
February 27, 2020 at 8:11 am by Jervey Tervalon 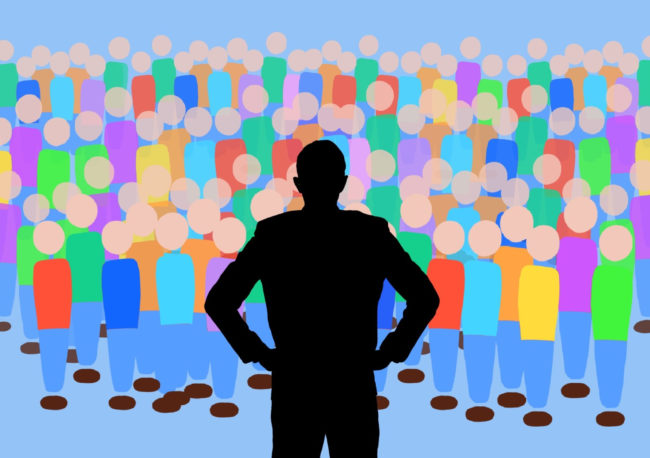 I came to UC Santa Barbara in 1976. My dorm room looked out onto the lagoon and I was just a five-minute walk away from the ocean. It was so beautiful that I felt unnerved and alone. It was so white that I thought of campus as being the Wonderbread World.

I came from the Jefferson Park/Crenshaw area of Los Angeles that at the time was still largely a community of African Americans who, like me, originated from Texas or New Orleans. It was a vibrant place to grow up. There were many skilled craftsmen in the neighborhood; my neighbor Charles owned a Jaguar repair shop and did very well with his business. My dad was the neighborhood mechanic and worked nights at the post office, so he was around in the daytime to take me and my neighborhood friends to the beach or Griffith Park. Mr. Bambino would barbecue peach brandy-soaked ribs and the neighborhood kids would line up for a couple to gnaw on.

As a kid, I would listen to my brothers’ friends sitting on the corner drinking beer, smoking weed and talking about the brutality and unfairness of the Vietnam War and the racism in H.P. Lovecraft back in 1973. It was a rich and complicated black world where I developed confidence in my intelligence and talent.

Later, I needed all that confidence because UCSB was an overwhelming transition. In my neighborhood I knew no white people outside of my teachers, and most of them were white.  I lucked out with Mr. Martin, my African American second grade teacher who realized I wasn’t “retarded” like that nun at Holy Name of Jesus Christ, I Wept said to my mother. He expected the best out of his classroom of difficult black kids, and, later in high school, Mr. Klewitz (a former Marine) taught us photography. Then there was Mr. De Louise who taught the first creative writing course I took. And Mr. Feldman, who started an aviation club at my high school and took black and Asian kids flying in small planes with flying buddies. There was Mr. Soloff, who took us to Cal State LA to see his chemical experiments as he pursued his master’s degree in chemistry. The commonality between all these teachers is that they treated us like they gave a damn and included us in their lives. They weren’t indifferent to who we were — they seemed to actually care about us.

UCSB and all the UCs need to lead the way on creating solutions to help schools in economically challenged communities like USC has done.

At UCSB, in my first chemistry lecture class, the professor said: “Look to your left and look to your right. By the end of the course both of those chairs will be empty.” I assumed he was talking to me, so I never went back to class.

I felt like I was living in foreign country and I didn’t know if I wanted to stay.

I wasn’t acculturating because I lived close enough to Los Angeles that I went home often — so often that I won the ironic award for being the most social guy on our dorm floor by being the least present.

But then I stopped going to LA.  My high school girlfriend had been admitted to UCSB, and I discovered that she was now very popular. She was skinny and tall and, though that wasn’t desirable where I grew up, at UCSB she was popular.  She kicked me to the curb, and I was lost for a bit.

Lonely was bad enough, but then I failed a course for plagiarism — I copied copiously from the Encyclopedia of Philosophy. I hadn’t taken notes in my philosophy course because I was too busy listening to what the professor was saying in the lectures. I had to drop chemistry, and suddenly I was on academic probation. I saw myself being tossed out on my ass and losing my financial aid and everything I had worked on. I feared leaving UCSB and breaking my parents’ hearts.

I started pulling it together and looked for classes to help me maintain a full load, and I found a poetry workshop with Robin Bell at the College of Creative Studies (CCS). It was fun and exhilarating and, because CCS didn’t give letter grades, I could catch my breath about my biology major.

Then I decided to ask Martha, a Latina I met in our composition course, out for coffee. Martha danced in the ballet folklórico on campus, and she’d invite me to the practices. Among her friends, it didn’t seem to matter that I thought of myself as a black guy. I was a Mexican to them, though I didn’t speak Spanish and neither did Martha. I liked hanging out with her friends.

Martha left UCSB.  She felt it wasn’t a good fit for her, like many of the students of color I had become friends with. UCSB became even more devoid of color as I recovered from a broken heart. Luckily, I had made friends with some of the guys on my dorm floor and soon I was living on Del Playa with Pat, a cowboy hippie, and some other guys. No one had explained to me that there was a yearly I.V. riot. I shot photos for the Daily Nexus of guys in swimming trunks and women in bikinis tossing bottles at the police from the relative safety of my fenced-in yard. No way was I going to wander I.V. and be arrested for being the black dude with a stolen camera.

I started to learn the ropes at the CCS. I took a narrative prose course from Marvin Mudrick, who had a great sense of humor and would occasionally rip folks apart in his class. He said my science fiction story, which I had published and won money for, made him want to throw up. I turned to writing about my black neighborhood in LA and he liked it, though he didn’t know I had written it: Mudrick taught his writing workshops by having writers toss their work on the table in front of him and he’d read the stories cold, out loud. It was a revelation. I wasn’t being judged — the story was being judged. I felt free to write about my life because I was anonymous. After 40 years of teaching workshops, I still believe his method of running a workshop is the best.  Also, Provost Mudrick valued diversity, and CCS was diverse. My friends and fellow students at CCS were black, brown, white and Asian. I never felt excluded. I felt supported as a student of literature and as a writer.

I felt like I was living in foreign country and I didn’t know if I wanted to stay.

I won awards for my writing as an undergraduate and after receiving my master of fine arts in literature at UC Irvine. I sold my first novel, “Understand This,” to William Morrow, went on to publish six novels and some spent time on the LA Times bestsellers list.  One of the novels takes place at UCSB and is about life on campus and in Santa Barbara for African and Latino students.

I owe a lot of my success as a writer to CCS and UCSB. From being a Disney screenwriting fellow to a Shanghai writers fellow, from starting LitFest Pasadena (the second-largest literary festival in California and the most diverse) to watching my daughter Giselle graduate from UCSB four years ago, just like her mother did, and then receiving a White House internship and internships with Senator Diane Feinstein and Congresswoman Judy Chu.

I’ve taught at USC, UCLA, LMU and UCI, but I think of UCSB as home. My observation and suggestion for UCSB is to embrace diversity by doing what USC has done with their highly lauded and internationally known Neighborhood Academic Initiative (NAI). The program fosters diversity by supporting public schools in the most economically challenged communities, particularly for incarcerated youth. CCS has hosted NAI students at UCSB a number of times. As a former high school teacher who taught in inner-city schools and wrote about them, I know that aligning with a major academic institution with resources can bring tremendous positive change, but the commitment has to be long term.

USC’s NAI program has been going on for 29 years, and Foshay, a NAI school, is now the number-one feeder high school for USC in the country. NAI students have a higher graduation rate than the general student body at USC. When I was a kid, I attended Foshay Junior High, and it was one of the worst experiences of my life. I constantly worried about my personal safety. Now, it’s famous for creating the kinds of students who flourish at the university level. UCSB and all the UCs need to lead the way on creating solutions to help schools in economically challenged communities like USC has done.

Lastly, the hiring process at the UCs needs to address the dearth of professors of color. It doesn’t take rocket science to create a pool of qualified applicants and then use random selection to escape the inherent racism of basing some portion of hiring on congeniality.

In summary, I owe my career, my happiness and my literary achievement to the CCS and UCSB, but I hope to see UCSB and all the UCs become a more vital force for cultural and economic inclusion. It can and should be done.

Jervey Tervalon is an author and professor of writing & literature in the College of Creative Studies.