On their own, a vat of ink, a mesh and a squeegee don’t add up to much. But to Garrett Gerstenberger, they are not only the ingredients for the process of screen printing, but also the recipe to his Isla Vista-based clothing company, better known as Island View Outfitters. 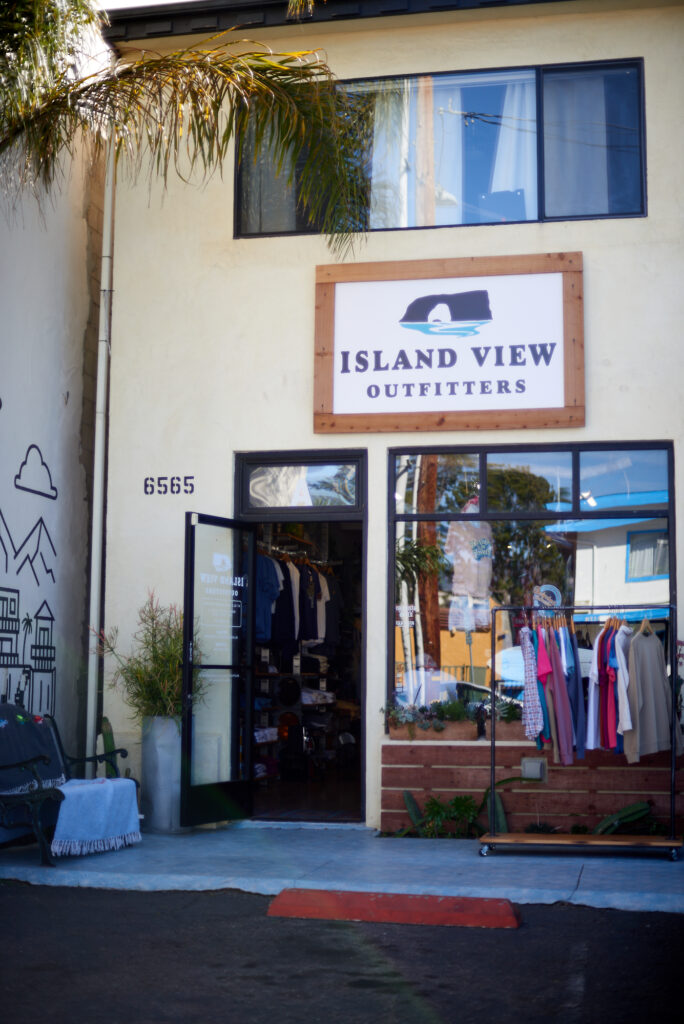 In celebration of the store’s 10-year anniversary, Gerstenberger, who graduated from UC Santa Barbara in 2011, hosted a print party on Feb. 22, where attendees had the opportunity to man the screen-printing tools themselves and choose from a handful of designs to transfer onto their garments.

Gerstenberger created Island View Outfitters, now located on Trigo Road, in his second year at UCSB; he recalled his excitement at the time, ready to fire up his screen-printing venture.

“[I] rented a house with some roommates, college roommates. They had a garage,” Gerstenberger said. “And the second that I had space was, ‘let’s go buy a piece of equipment and make it happen.’”

Gertsenberger also touched on his eagerness to begin screen-printing, which he said he was drawn to from the beginning.

“The idea that I could actually see the process of creating a stencil on a mesh with ink and a squeegee and create a final product is, I think, really fascinating.” Ultimately, he said, he “just wanted to have a print shop in a garage just so [he] could make [his] own t-shirts.”

From there, Gerstenberger built his passion project into a small business, starting with $7,000 in investments.

But soon enough, he had far more than 20 jobs coming his way.

Gerstenberger recalled working 40 to 50 hours a week at the beginning, which, according to his calculations, was often far less than minimum wage. But the business kept growing, necessitating five moves across Goleta and Santa Barbara in search of bigger spaces to keep up with demand.

“At times, I hoped that there was an electrical fire that happened where we could just be like, ‘bummer, it all burned down and we got to move on,’” he joked.

And as the company grew, something had to give; in this case, it was Gerstenberger’s economics major, which he dropped.

“It’s ironic, because I walked into the econ department saying I’m gonna start a small business … ‘Do you guys have any suggestions?’” he said.

The department advised that he “apply the theories” that he learned in his classes. Later, when Gerstenberger returned at wits’ end to ask if he could use his business as the basis of a research project, which would have allowed him to reduce his course load, they turned him down.

Despite these hardships, Gerstenberger said he lives for what he does.

“I’ve learned to realize that the people around me are the most valuable thing I have,” he said, listing customers that range from  PTA moms, to “a random group of people from elementary school” to “a small business here to a medium-sized business there.”

“Everyone needs t-shirts,” he said.

One particular relationship that stuck with Gerstenberger is Jose Cardoso, a fellow screen printer with over 25 years of experience.

“We met when I was in the garage and I didn’t have the experience that I needed to do everything,” Gerstenberger said. “And so I’d send him jobs that I couldn’t do.”

According to Gerstenberger, the pair quickly settled into their own roles: he the “designer and sales,” and Cardoso the “master printer.” After a year of working together, they decided to join forces for good.

“Trust in other people and … let other people do the things that aren’t your strengths,” Gerstenberger said. “Divide and conquer was something that was important for us.”

Going forward, Gerstenberger said he is looking to expand operations to universities beyond UCSB and to parts of northern California. More recently, in 2018, Island View Outfitters moved their print shop to Cuyama, a town two hours away from I.V. with “a market, a gas station and a hotel,” and little else, but with cheaper manufacturing costs and the ability to ship to anywhere in the United States.