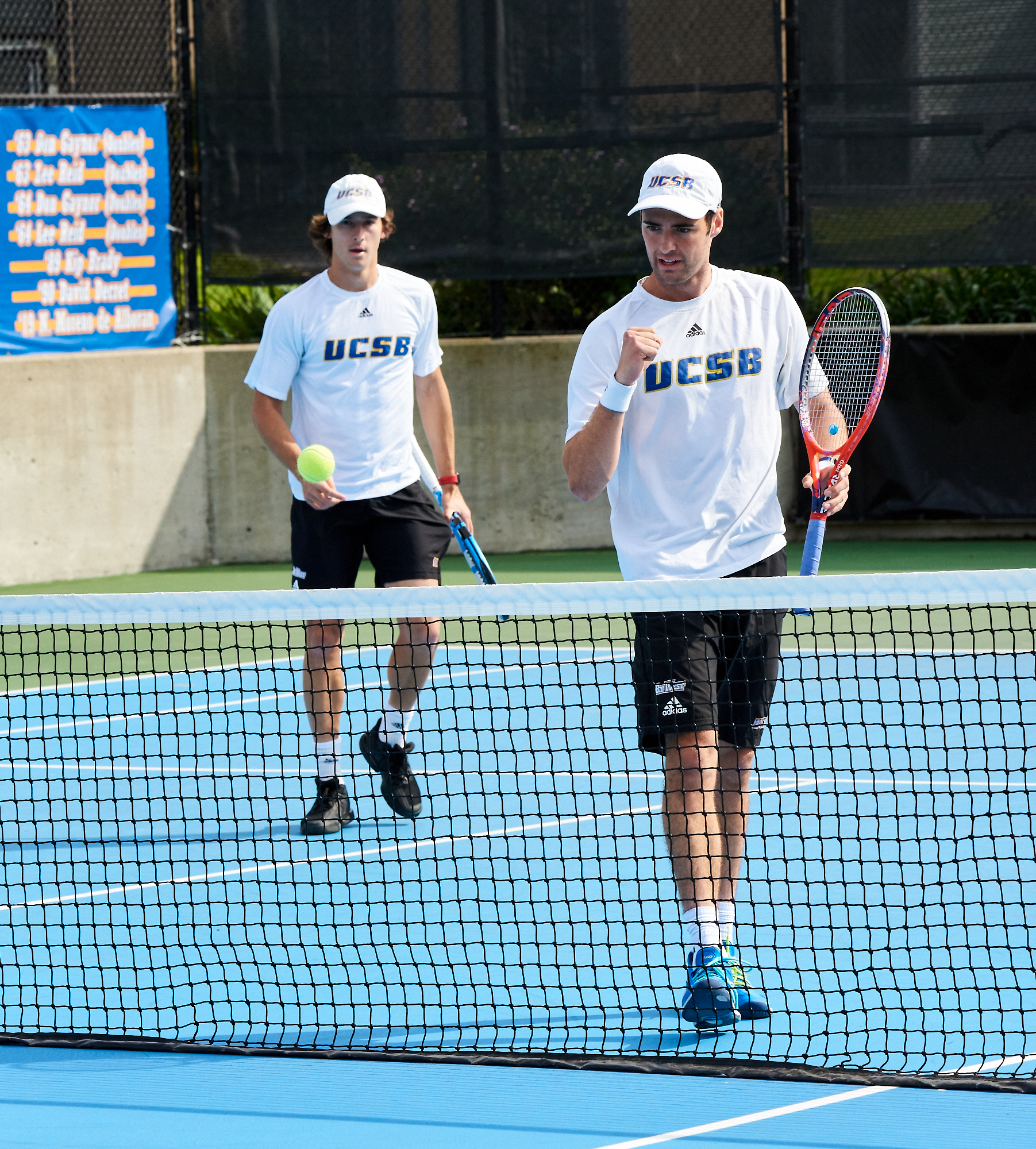 The Gauchos started on Saturday with a clean 7-0 sweep over University of the Pacific. The Gaucho win pushed Pacific’s bleak record to 1-7, marking its fifth loss since the first of February.

The team carried that momentum into Sunday’s match, knocking down University of San Francisco 6-1. Consequently, USF’s record fell to 4-5 on the season.

For what seems like the first time this season, the Gauchos demonstrated poise and consistency, allowing them to maintain control over each of their opponents. Over the course of the two matches, Santa Barbara did not let one singles match drop. Against Pacific, five out of six of the Gauchos even secured their matches in just solid two-set victories. Santa Barbara continued its one-man dominance against the Dons, sweeping on all six courts.

Head Coach Marty Davis made a hopeful change to his lineup, placing sophomore Wilhelm Saiga on the No. 5 court over teammates Luka Vukmanovic and Alex Soto. Saiga closed out the day with a competitive two-set match. He pulled out a 7-5 tiebreaker win to secure the first set and then successfully stomped out his opponent with a 6-4 victory in the second. The next day, Saiga clinched the win for SB against USF with a three-set 4-6, 6-1, 6-2 victory.

Junior Joseph Rotheram set the pace for the Gauchos’ uninterrupted winning streak after he took down Pacific’s Nathan Hampton 6-0, 6-2 in the No. 4 spot. A steady presence on court four, Rotheram came out of the weekend going 2-0 on his own.

Victor Krustev took his match to a tiebreaker set after losing the first 2-6, coming out on top with an overall 2-6, 6-1, 2-0 triumph. The junior came out on top after battling his USF competitor to a tie-breaking point in the second set.

Perhaps even more crucially, Santa Barbara’s doubles partners finally showed up to play. Versus Pacific, an initial win from senior-sophomore pairing Joseph Guillin and Alejandro Vedri and senior-freshman duo Alex Soto and Joshua Williams secured the doubles point first thing of the day. Consequently, Krustev and Rotheram’s match was left unfinished, though they held the advantage 5-2 at the call.

Vedri and Guillin, back on court two, were responsible for the lone doubles win in Sunday’s match. Soto and Williams attempted to follow it up, but a penalty point for unsportsmanlike conduct put a nail in their coffin, finishing with a 6-3 score.

Now entering the last leg of their non-conference matches, the Gauchos finally seem to be finding their way. Santa Barbara now looks ahead to their next match on Sunday, where they will face San Diego State.