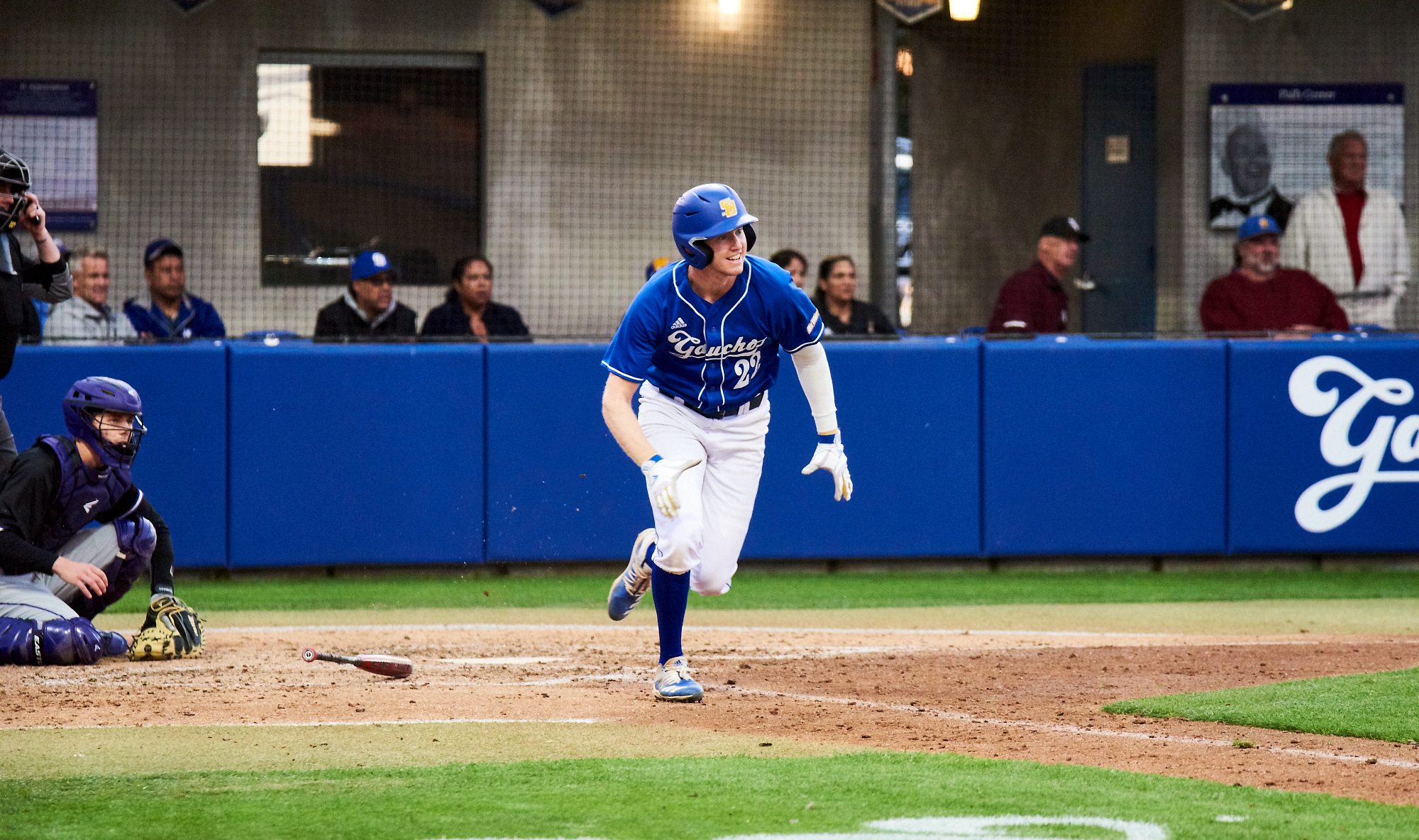 With a powerful lineup, a devastating pitching staff and Collegiate Baseball’s National Player of the Week Zach Torra, whose 13 strikeouts last weekend were just three shy of the school record, the UC Santa Barbara baseball team will hit the road for a one-game match against Loyola Marymount.

Torra, who more than likely won’t spend any amount of time outside the dugout in tomorrow’s game, hosted a clinic last Saturday.

His 13 punchouts almost tied the record, and he has a K/9 of 15 in his first two starts of the season. Lights. Out.

The Gauchos have outscored their opponents 46-15 on the season and are fresh off defeating ACU 2-1 in a three-game set at Caesar Uyesaka Stadium.

Rodney Boone led the Gauchos into the series and made easy work of the Wildcats, punching out eight batters and surrendering just two hits.

After just over five innings, Conner Roberts and Joshua Candau pieced together the final bits and struck out four, giving up just one hit.

On the other side of the diamond, Austin Wagner started the game but gave up a three-run shot to Gaucho second-baseman Marcos Castanon in the bottom of the third, who would finish his multi-hit night with four RBIs.

Johnnie Krawietz and Austin Glaze came in relief (but each gave up runs) and UCSB would take the first game 7-0.

Game two was much of the same and included the aforementioned performance of Torra, which can pretty much sum it up.

The Gauchos won 6-1 because their pitching staff shut down the Wildcats after their third-inning glimmer of hope.

UCSB hit .344, eight players got hits and three players had two hits. Alex Schrier, Jorge Arellano Jr. (although he was removed from the game after allowing a walk), Conner Dand, Charlie Adamson and Carter Benbrook all stepped on and off the mound without surrendering a run.

UCSB won the series with Saturday’s win, but the third game was just as important.

Eight down by way of the K and McGreevy went eight, but the Wildcats cracked the code for the first time all weekend.

Conner Roberts, who had been a central figure in this cast, was hit for 4 runs, and ACU would go on to win it 5-4.

There was a comeback, a 3-run comeback to be precise, but Colby Adkins would ultimately hold on for the save.

UCSB will play both a one-game match against LMU and a three-game series against the University of Illinois at Chicago this week, two teams that have a combined 3-12 record.

This will be the only time the Gauchos take on the Flames this season, but the match against LMU will be a part of a three-game series taking place later this season. It’s looking like a little bit of a preview for both sides.

Considering Benbrook came out of the bullpen recently, it’s hard to tell whether he’ll start tomorrow’s game. He started the game after McGreevy in the last go around but coughed up six runs.

UCSB just so happened to win that game 17-7. That was the first game under the lights. Did you need another reminder? No. Is it still exciting? Yes.

The Lions are 3-5 on the season and won each of those games by a combined score of 20-5. Needless to say, the Gauchos will be kicking themselves if they find that they’ve underestimated their opponents.

The Flames will come to town for a three-game series starting this Friday. It’s a bit too early to tell who will start, but look to McGreevy and Torra for some head-spinning action.