The Daily Nexus
The Daily Stench
Mountain Party Breaks Out During Occupation of Cheadle Hall
February 24, 2020 at 4:20 am by Raffi Torres 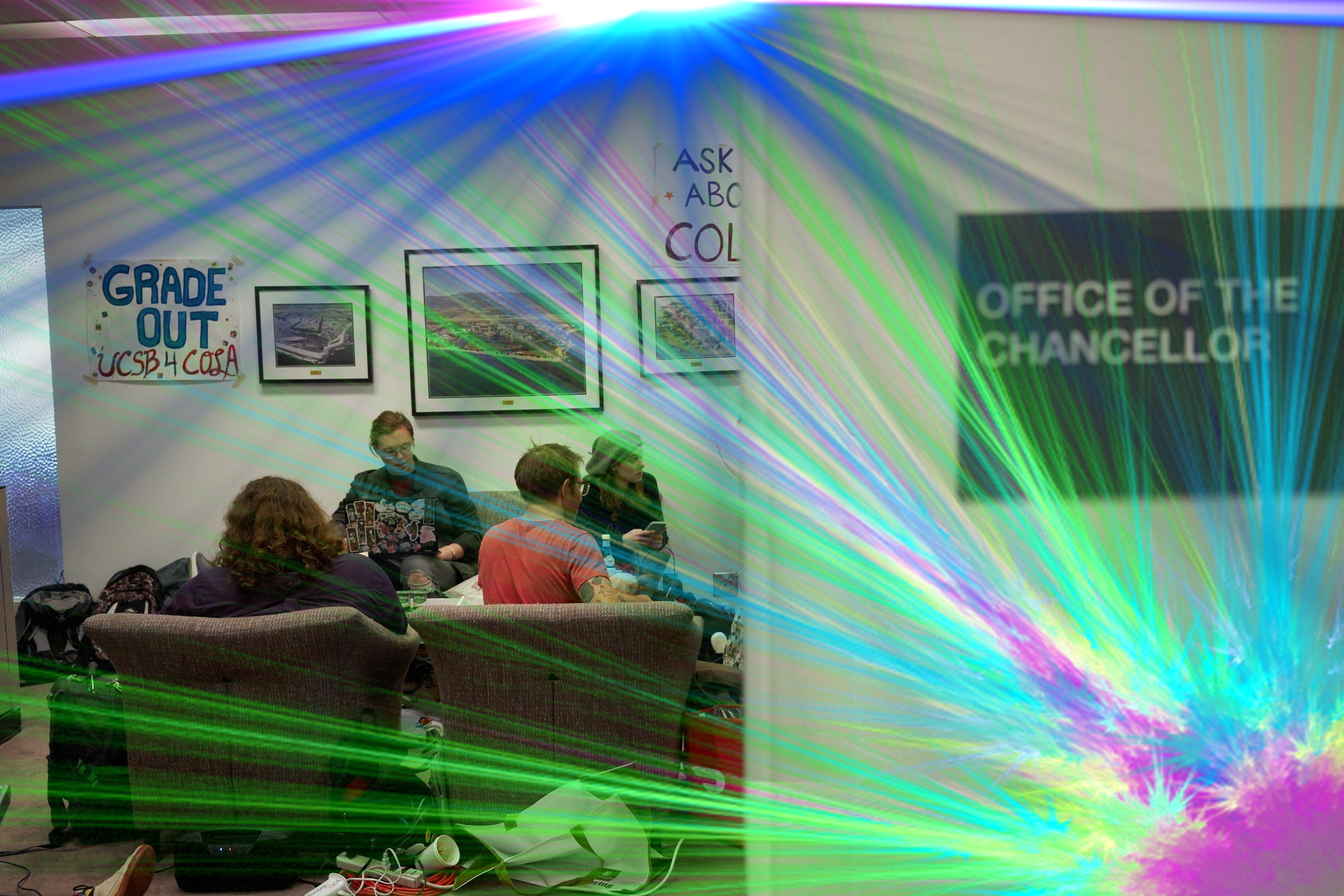 In shocking developments during this week’s graduate student occupation of Cheadle Hall, a mountain party had reportedly broken out on the top floor of the building, bringing the sounds of EDM to the UC protest.

In response to UCSC’s Cost-of-Living Adjustment (COLA) movement, UCSB graduate students are not only supporting the original movement but are also petitioning for their own COLA. Starting early Friday on Feb. 21, students occupied Cheadle Hall until midnight. The movement has grown in controversy after UC President Janet Napolitano threatened “consequences” for the UCSC graduate students participating in the protest. The movement has been met by overall support from the student body.

“I just really vibe with what the graduate students are doing, you know?” said Brohanski. “I wanted to show my support and thought the place needed some tunes and beep boops. It was a beautiful coming together of political protests, ecstasy, shrooms and the right to party on a living wage.”

Mountain parties have become a growing phenomenon in the UCSB community in the last year. While the location in the Santa Ynez Mountains is constantly changing, students have been driving up the mountain in droves for a night of music and camaraderie till the early sunrise.

Unfortunately, this edition of the mountain party in Cheadle Hall was shut down at midnight due to IVPD’s tyrannical midnight curfew.

In a prepared statement, Napolitano has stated: “Any students that were found to have been vibing at the protest or mountain party will be punished to the fullest severity of the law.”

“It’s sad. It’s disappointing,” Brohanski said. “We just want to party and protest without getting a noise ordinance.”