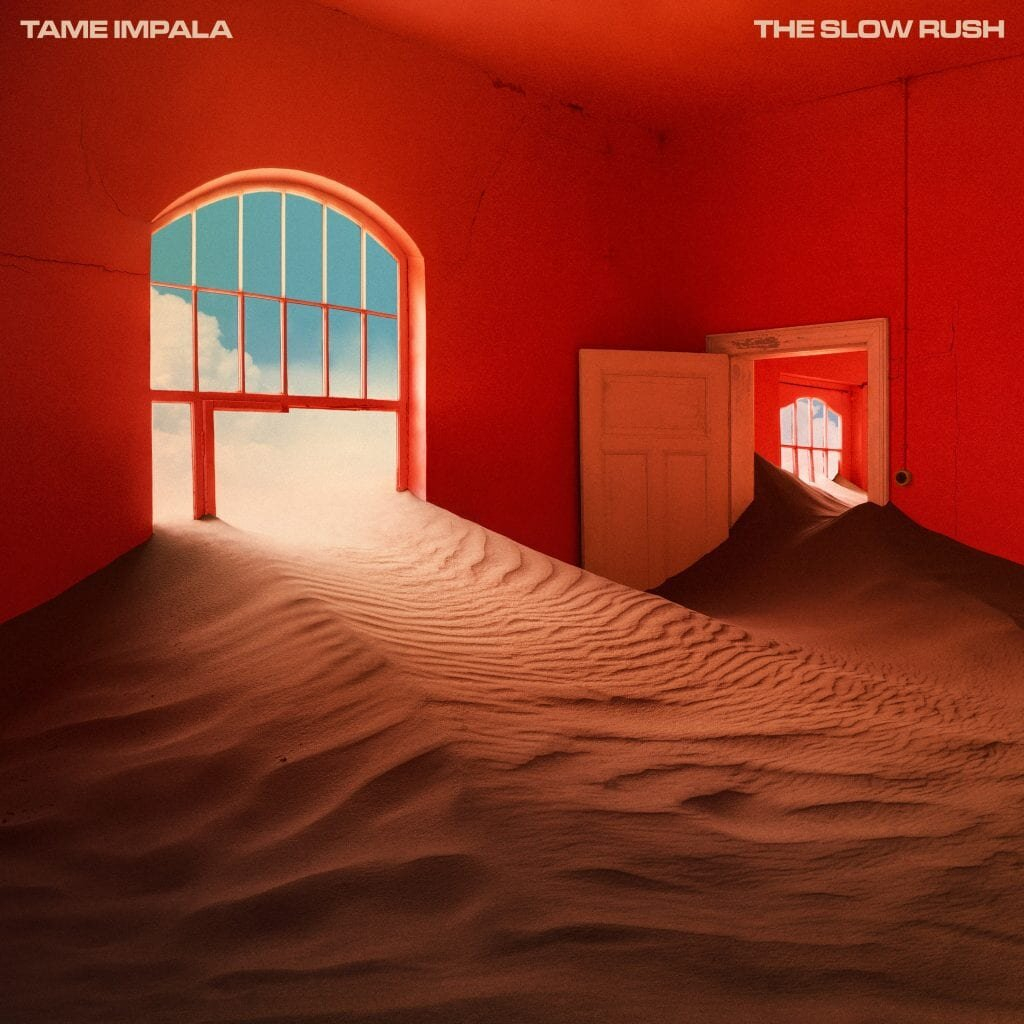 After a handful of singles sprinkled throughout the months leading up to its release, “The Slow Rush”  has finally arrived. Five years have passed since Kevin Parker’s last album released under the Tame Impala banner – a gap that has certainly been felt by alternative and psychedelic rock fans alike, generating a build-up of hype unprecedented in the indie music scene. Unfortunately, the new record does not nearly meet its high expectations, offering a mostly redundant listening experience with only a couple of stand-out tracks with strong thematic elements.

“The Slow Rush” opens strong, with an eerily augmented vocal riff on the track “One More Year.” The song sets the mood of the album flawlessly, and I quickly empathized with Parker’s warning — that time is imminent and uncontrollable. The narrative of the opening track weaves a tragically familiar scenario of procrastinating a major life change and instead staying in your comfort zone. This is Tame Impala tackling more grounded storytelling than ever before, and it makes for an infectiously groovy, yet quite bleak, dance song.

The following track, “Instant Destiny,” unfortunately feels significantly less creative in terms of production and theme. Parker’s repetitive chorus is not at all helped by an orchestra of indiscernible and bland synths. The lyrics are by far the loudest element, and yet they are sparse and lazy. “Instant Destiny” is representative of the greatest downfall of “The Slow Rush”; it is one of many forgettable and underdeveloped tracks that bring down the overall piece.

“Borderline” follows, which is thankfully one of the better tracks featured on the record. It was one of the initial singles released in 2019 and suggested a promising tone for “The Slow Rush” months in advance. “Borderline” is a highlight in the existing tracklist for its echoey dive of an opening alone. However, I much preferred the single “Patience,” released in 2019 as well, which did not make it on the final record. “Patience” featured more unique and inspired instrumentation, creating an extremely satisfying dance track that also leaned heavier into the psychedelic genre. I can’t help but wonder what “Patience” would have contributed to the vibe and flow of the new record. 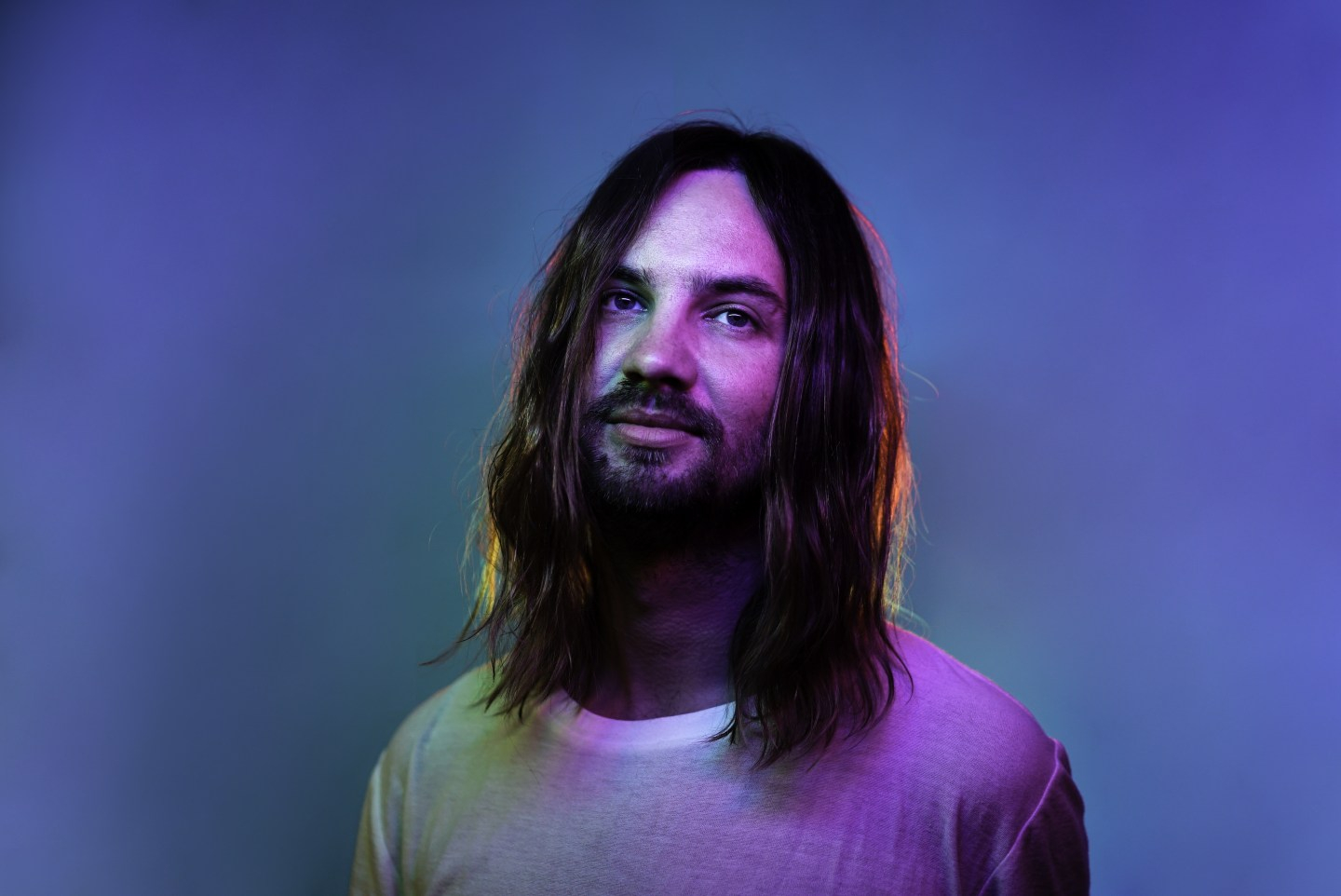 Kevin Parker of Tame Impala. Courtesy of The Fader

“Posthumous Forgiveness”  does not greatly inhibit the flow of the record; however, it is one of a series of longer tracks that muddles the middle of the album’s runtime. It offers an enticing and slightly spooky guitar riff, reminiscent of Elton John’s “Funeral for a Friend/Love Lies Bleeding,” which is unfortunately overtaken by synths for what should be the guitar solo. The lyrics are the song’s strongest attribute, implying a calamitous betrayal that can be easily felt when Parker wails, “Did you think I’d never know?”  The setup is interrupted halfway through the song, however, for an unexpected and ultimately unmotivated shift into aimless pop, derailing another storytelling high point.

“Breathe Deeper” stands out as a clear low point in the tracklist. What creativity is present feels merely recycled from earlier tracks; “Breathe Deeper” is essentially just a slightly worse version of “Instant Destiny.” Furthermore, it falls right in the middle of the record, slowing the flow of the album to a halt.

Most of the backend of the record drones into repetitiveness and mediocrity. “Tomorrow’s Dust”  and “Lost in Yesterday” are decent, though middling, tracks that could use more inventive production to be distinguishable. “Is It True,” “Glimmer” and “One More Hour” are forgettable and could be omitted entirely. “Glimmer” feels like a well-intentioned attempt at an instrumental, although Parker does virtually nothing special with the instrumentation. “One More Hour” is an unfortunate closer to the record as well, feeling empty of insight or innovation.

“On Track” and “It Might Be Time” are surprisingly compelling additions in terms of mixing and narrative. They preach a much more mature and evolved understanding of the force of time that Parker puts so much emphasis on. They contribute to a more satisfying conclusion, with booming percussion and narrative revelations. However, their arc is interrupted by the other mediocre tracks, and the unifying of themes and sonic motifs fizzles out.

Regardless of the years of anticipation and excitement, “The Slow Rush” is still a very unexpected release, — unexpected in the sense that Parker has updated his sound without innovating it. The evolution between Tame Impala’s last two albums, “Lonerism”  and “Currents,” was a pure refining and deepening of Parker’s already unique take on psych-rock. Sadly, Parker seems to have left his psychedelic roots behind completely and has instead embraced party noise and generic pop. Although I enjoy a handful of these new tracks, I think “Patience” is a far better listening experience than the finest offerings of “The Slow Rush.” Even if it takes another five years, I can only hope that Parker’s next project is a return to his original, unique form.