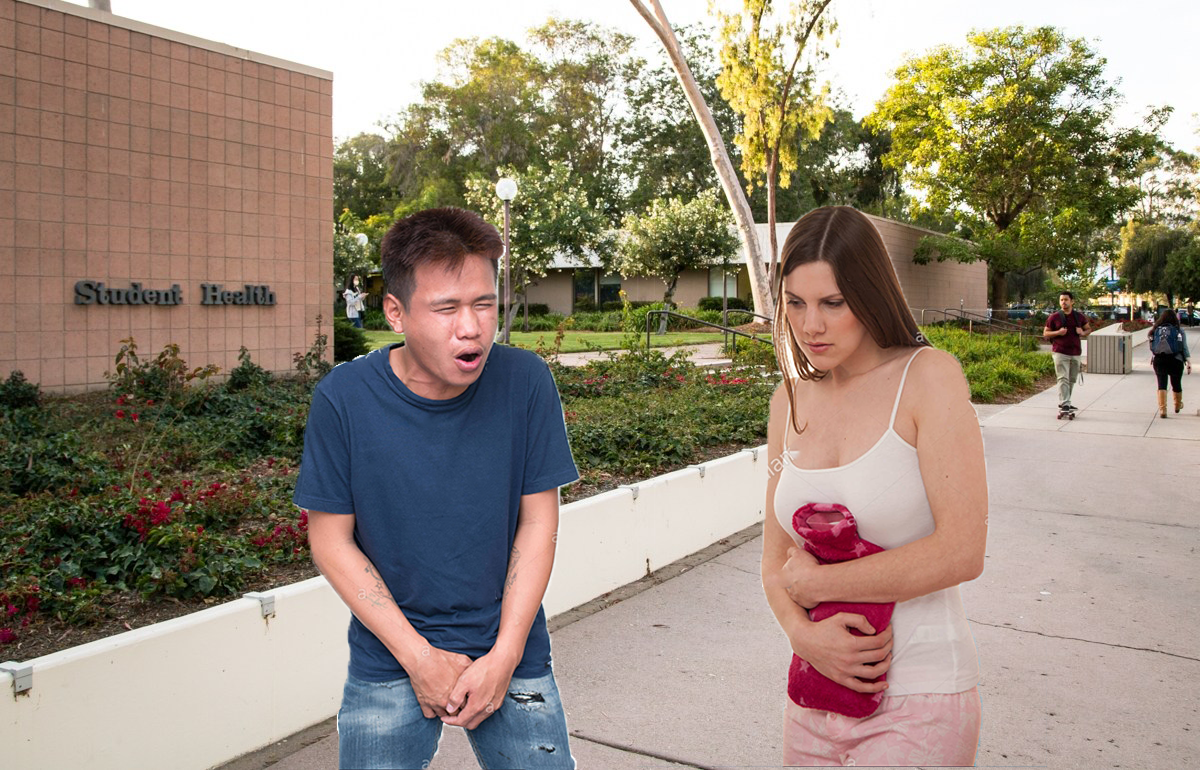 Student Health staffers were astonished this week by the staggering number of sex-related injuries presented to Student Health for treatment following this year’s 3-day Valentine’s weekend. Although UCSB’s rates of intimate injuries generally dwarf those of the nation on average, this week’s spike in sexually injured Gauchos was remarkable, even taking into account their above-average prowess.

“This weekend was crazy!” said Hugh Mungus, a frat boy still recovering from his penile fracture. “My dick looked like the pregnant koi fish in the pond by Storke,” Hugh exclaimed, his roommate Chad gravely nodding in confirmation.

Many other students are still recovering from their hazardous weekend fun. Some are facing carpet burn, back injuries, and assorted foreign bodies still lodged in their rectums. One student, who (understandably) chose to remain anonymous, described the emotional trauma that came with telling the doctors about the “Natty Daddy” can stuck in his ass.

“Literally all the girls in the sorority house have UTIs right now,” said Amanda D. P. Throat. She went on to explain the sisterhood of their co-medication, “I’m not sure whose antibiotics I took this morning but they all do the same thing right?”

One unfortunate Gaucho was questioned by his concerned mother about his mysterious and sudden case of pink-eye, an ailment for which he blamed the shitty dorm conditions. We heard him tell her, “It’s from the musty showers mom”. From her reaction, though, you could tell she had faced the same problem before and wasn’t buying his BS story.

Fortunately, hiding sex injuries from your parents couldn’t be easier! For peace of mind with your risky sexual endeavors, charges from Student Health––even for beer cans in asses––show up simply as “Student Health Services” on BARC.

Katherine Jones did not have a sex injury this year because she is unfortunately single.