The Daily Nexus
Nexustentialism
It's satire, stupid.
Monster Under Davidson Library Only Grows Hungrier
February 14, 2020 at 4:20 am by A. Wiessass 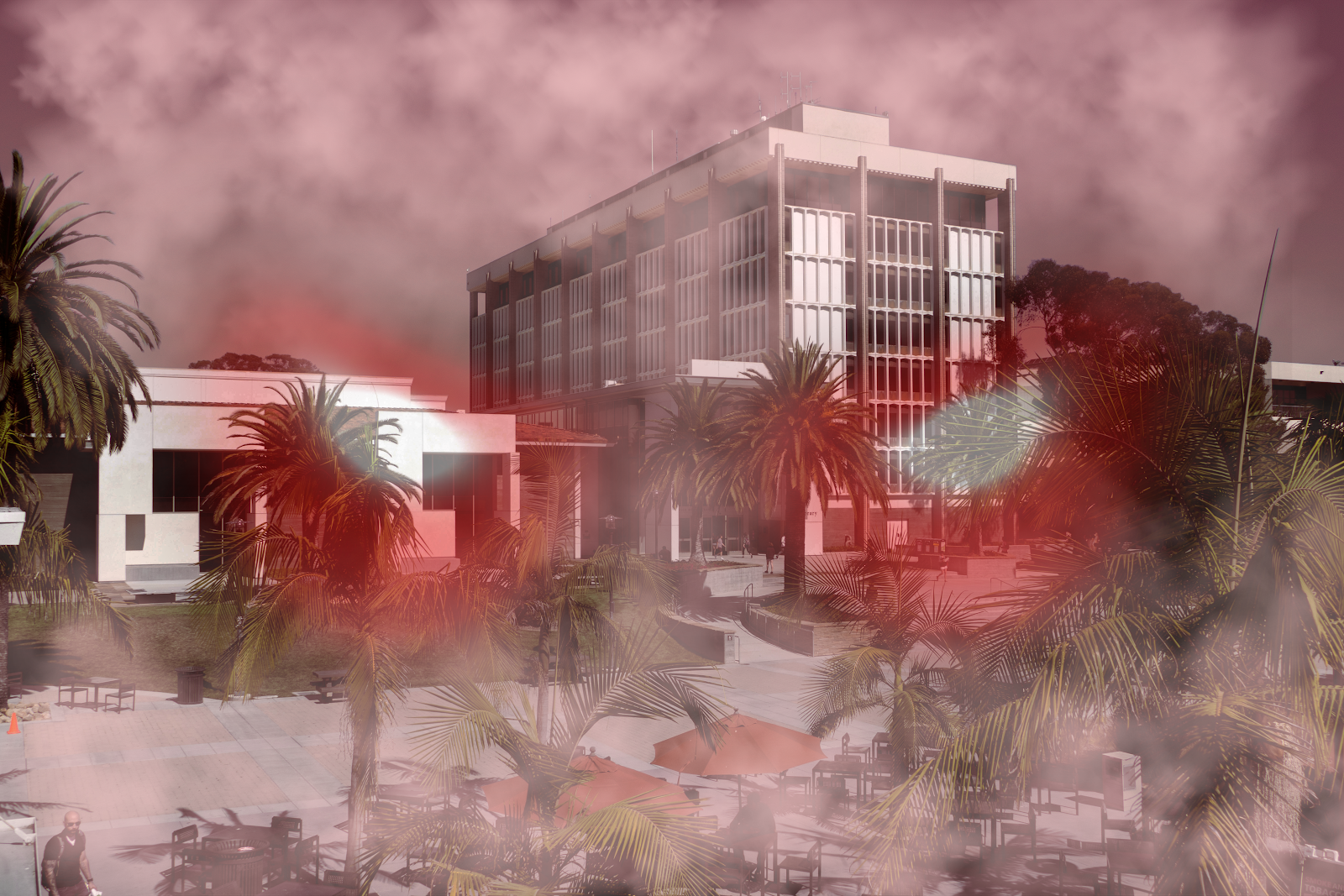 DAVIDSON LIBRARY — Reports have surfaced that the long-dormant eldritch monster residing under Davidson Library has grown restless due to a burgeoning hunger that can no longer be sated by our measly tithes.

Experts are unsure why the monster has grown dissatisfied as of late. Some suggest the debauchery of Isla Vista may have been taken as an affront to His Dark Holiness’ capability for earth-shaking destruction, while others have posited this is simply the next step in the monster’s evolution and was ultimately unavoidable.

Maintenance workers in Davidson have reported that the growls from the monstrosity’s secret floor –– usually drowned out by students’ study music –– have become inescapable, haunting them not only as they remain within the facilities, but long after they clock off. At press time, workers reported that the monster’s din emanated not from behind his chamber door, but seemingly from deep within their own minds.

“Our offerings have grown insufficient. We can no longer satisfy its primordial hunger; our doom is imminent,” said Beherit Bartis, keeper of the monstrosity. “It was previously content with raccoons and jackrabbits, but it has learned of man’s folly and now requests more than I can offer,” he continued.

Chancellor Yang has met with experts in the field of monsterology in search of answers on how to quell the monster’s bloodlust. Yang has even reportedly held multiple séances attempting to reach the spirit of Donald C. Davidson, for whom the library is named, in search of answers as to how to appease the abomination. All available information has suggested that Yang’s efforts have been to no avail.

With this looming threat bearing down over campus, many students have considered evacuating; however, Bartis told the Nexus that this would be a futile effort. He relayed a note from the monster, left in blood on the walls of the Davidson basement walls that read, “Foolish mortals, I know not space, I know not time; I will go to the edges of your temporal plane to reap the souls that I have sowed. I am inescapable. I am doom incarnate.”

No word has yet been issued as to whether this news will affect class schedules.

A. Wiessass thinks the need to study for midterms trumps any other-worldly threats.