The Daily Nexus
News
Soc 152A Professors Reminisce Over More than Four Decades of Teaching Sex-Ed
February 13, 2020 at 12:04 am by Sean Crommelin

Soc 152A: Sociology of Human Sexuality needs no introduction.

A class which has existed in its current iteration for more than four decades, it is taught by the Baldwins, a pair of professors who are, at this point, a fixture of UC Santa Barbara’s campus culture. They are as ubiquitous as “Daddy Yang.” 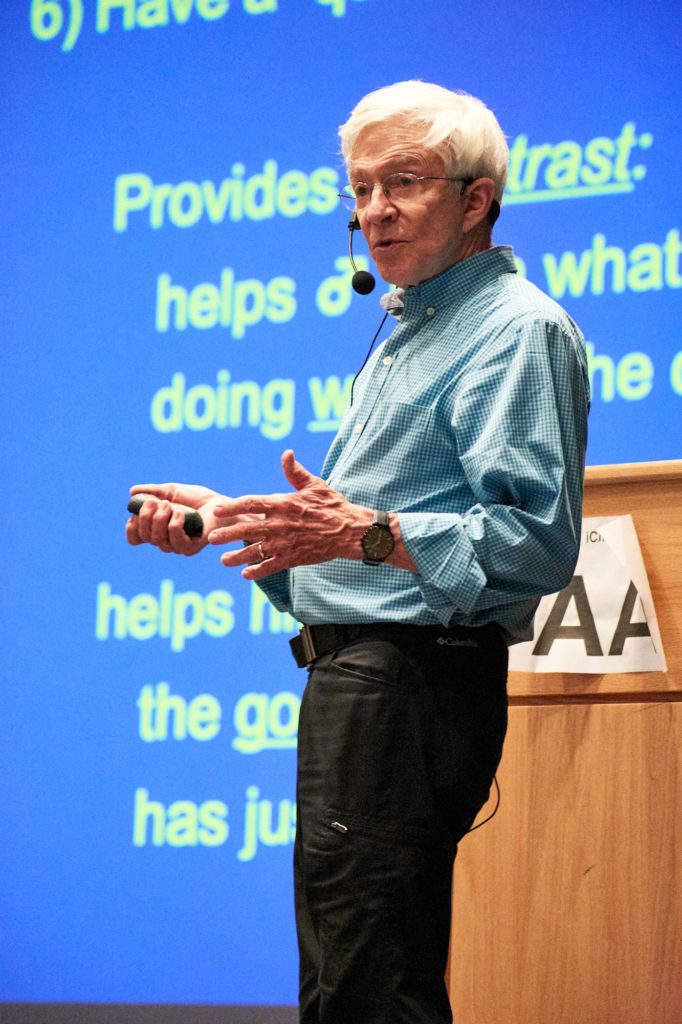 While at UCSB, the opportunity arose to teach a course on human sexuality. Ida Kazerani / Daily Nexus

Besides being the eternal instructors for Soc 152A, they are also co-authors of its textbook, “Discovering Human Sexuality,” along with Simon LeVay, and are the creators of SexInfo Online, a sex-education website established in 2003.

Hailing from Ohio, Janice and John Baldwin originally worked as primatologists, studying a wide variety of animals including howler monkeys and squirrel monkeys and publishing scientific articles on their social behavior.

While the couple performed fieldwork in the rainforests of Central and South America during the 1960s, Janice found herself taken aback by the social and economic disparities between men and women and the lackadaisical approaches to family planning that they observed.

“I just saw so many women that had no control over their bodies,” Janice said.

While working with Planned Parenthood in Santa Barbara, Janice gave lectures on birth control methods to young women. Then, while both Baldwins were working at UCSB, the opportunity arose to teach a course on human sexuality.

“When this course came up and we were told, ‘You could teach a course here at UCSB on human sexuality,’ I was like, ‘Yeah, that would be neat, given our prior interests,’ and Janice already was capable of teaching all the birth control methods. So it’s like, ‘Alright, we’ve got one foot in the door. Let’s put all four of our feet in,’” John said. 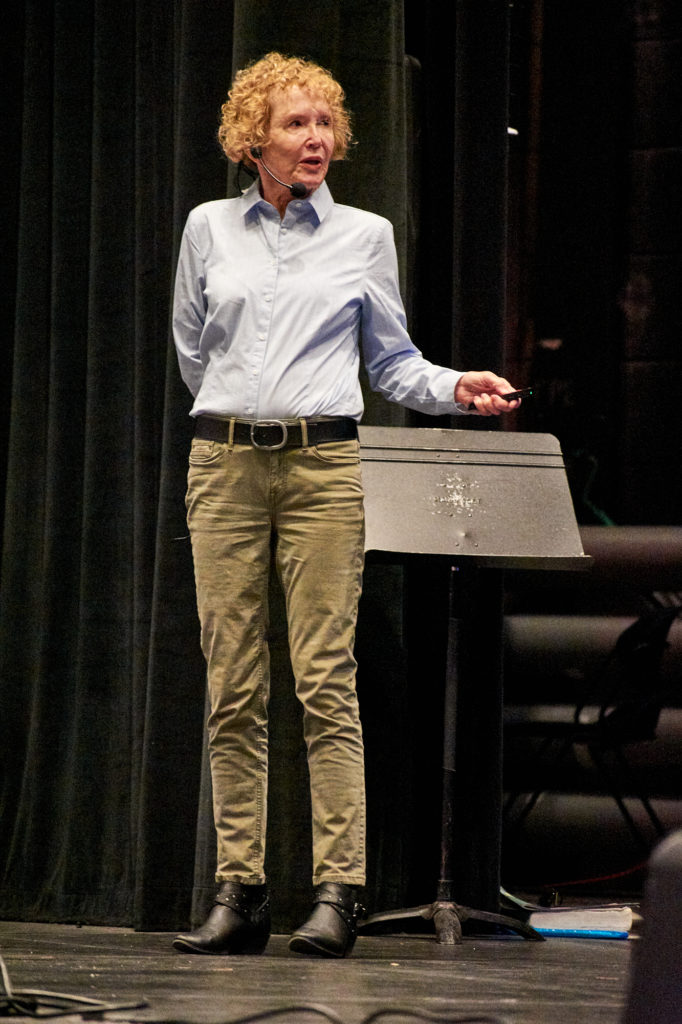 For two decades, the Baldwins spent their time fine-tuning the coursework for Soc 152A. They drew feedback from students in order to figure out what undergraduates wanted to prioritize in the broad subject of human sexuality, whether it be sociology, relationships, sexually transmitted diseases or the physiology and anatomy of the human sexual response.

“Initially, we had some dead ends as we stumbled around, trying to figure out what to do. Eventually we came up with a questionnaire where [in] the last lecture every quarter, we would ask, ‘What would you like us to expand? What would you like to shrink down?’ Eventually everything started to stabilize out,” John said.

Throughout this process, Soc 152A evolved to more heavily emphasize the subject of sexual health and the sociology of healthy relationships, while putting less time into anthropology and general biology.

“We personally thought the stuff was fascinating. We read so many studies in anthropology, and thought, ‘Oh my God! They do it so differently!’ I mean, every culture is filled with amazing examples of how different people treat sex and gender across the planet. We just got excited — but the students weren’t that interested,” John said.

During this time in the early ‘70s, Soc 152A also grew into a much larger class, from 100 students to 150, before the Baldwins moved to Lotte Lehmann Concert Hall, teaching 300 students. Then finally, they made the leap to Campbell Hall — with its capability to shine enormous projections of the labia, the vas deferens, ejaculation and the female orgasm — all while lecturing to 600 to 650 students at once.

Over the decades of teaching the course, some subjects would vary from year to year, finding time in the limelight before dropping completely off the radar.

“There are fads, you know. There was a fad of changing the minor lips [of the labia], going through surgery to get them cosmetically changed. Now the big thing is they get implants in your butt. That’s bigger than breast implants,” Janice said.

From the Baldwins’ perspective, having two people onstage in Campbell Hall improves students’ understanding of concepts taught while also preventing students from misinterpreting what any one person says. After all, sexuality is a topic which can spur strong reactions and brings with it some baggage, Janice said.

“There are so many people in the room that are sensitive to this. And I think if John said some of the things he says, and I wasn’t there, people could take it incorrectly,” Janice said.

“[Soc 152A] does cover some delicate topics. We think it’s important to have tools so that people don’t think that John’s teaching this from a male perspective —”

“— or wonder whether Janice is a radical feminist,” John added.

“Those issues don’t come up much when we’re doing it together,” Janice said.

Even in an era more liberal and open than when the class was initially taught, and even with the advent of the internet and online resources for sex education — which the Baldwins themselves have contributed to — the Baldwins still say there is still a place for Soc 152A.

“We have a lot of people like international students … people from homes in which sex is not talked about, from very conservative backgrounds,” Janice said, adding that “it’s amazing how many people still benefit by taking Soc 152A.”

The Baldwins also found that in teaching a class like Soc 152A, their own relationship benefits. It has given them the ability to put a name onto all of the different feelings and elements which make up a loving relationship.

“Once you can verbalize things, you can plan things out a little bit better and make sure that you’ve got it really as good as you can make it,” John said. “In the old days, 50 years ago, there would have been Freudian speculation about love and relationships because it really wasn’t the science of love.”

“But now there really is a science of love and relationships.”

Sad to hear they’re connected to Planned Parenthood, one of the most corrupt organizations in the country.