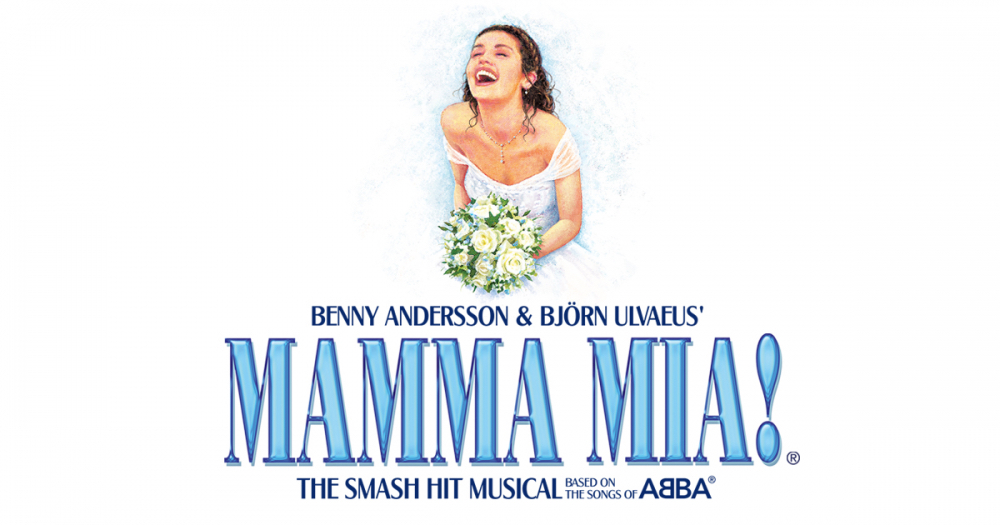 The Shrunken Heads Production Company performed “Mamma Mia!” this past weekend in the Lotte Lehmann Concert Hall, bringing a showstopper performance of the 1999 British musical.

The musical was much anticipated by students and was met with a successful reception, achieving a nearly packed house on its Saturday showing. After four months of rehearsing, “Mamma Mia!” was unveiled as the company’s first show of 2020, executed with a skill that rivals the hit 2008 “Mamma Mia!” film.

As a film franchise that grossed over $144 million in its first installment alone, “Mamma Mia!” is a narrative so iconic that its plot hardly needs an explanation. Sophie, a 20-year-old bride-to-be, prepares for her wedding by sending invitations to three of her mother’s former love interests. After stumbling upon their names in a diary entry, Sophie realizes that her mother’s affairs with these men coincide during the time of her conception. Hilarity ensues as the men arrive at the wedding venue, leaving Sophie to suss out which one of them may be her true father.

The choice of “Mamma Mia!” as Shrunken Heads’s winter musical is particularly interesting, given the reputation of “Mamma Mia!” as a summertime film. Christian Duarte, director and third-year student at UC Santa Barbara, pitched the idea to perform “Mamma Mia!” last year, wanting to produce a show that was more lighthearted than the company’s previous productions.

“Both of last year’s shows were sort of devastating in the experience of it all, just by covering such dark and heavy topics,” Duarte said in an interview with the Santa Barbara News-Press. “I just wanted to do something that was really fun.” Duarte’s theatrical direction more than achieves this goal, with “Mamma Mia!” being far from a downer production.

For one, the musical is brilliantly cast, full of actors who exude the dramatic energy and vocal talent that originally brought “Mamma Mia!” to fame. At times, it is hard for the audience to believe that the musical is entirely student-run, looking at the sheer talent and attention to detail in the show’s choreography, set design and, of course, the singing.

“I think people are going to be surprised by the caliber of a production that can be put on by a student group with virtually no money,” said Mikayla Knight, who plays Sophie’s mother, Donna. “This is all from scratch, this is a club, this is something that students are voluntarily rehearsing for three or four nights a week.”

The troupe did not disappoint die-hard “Mamma Mia!” fans, giving impressive covers of tracks like “Money, Money, Money,” “SOS” and — most iconic of them all — “Dancing Queen.” When combined with eloquent dancing sequences, the show achieves a sense of idyllicism, which was what made “Mamma Mia!” so popular among millennials in the first place.

Although all the actors impress, third-year feminist studies major Kat Bautista deserves special mention on her own. Her portrayal of the wide-eyed, idealistic Sophie is superb. Bautista’s voice is simply beautiful, giving me chills as she sang “Honey, Honey” in the opening act.

It is quite the sight to see Sophie twirling through the island of Kalokairi in search of her father and to see the apprehension in Sophie’s mother, Donna, as she collides with her former love interests. Arguably, one of the best things about “Mamma Mia!” is that its plot is so fantastical in nature that the audience cannot help but wish it to be true.

The Shrunken Heads Production Company will be holding auditions for its next musical, “Xanadu,” from Feb. 19 to Feb. 23. While the original production of “Xanadu” was poorly received (receiving a 25% critic rating on Rotten Tomatoes), the upcoming musical lends a lot of creative direction to the Shrunken Heads crew, who will be taking a sharp turn from the whimsical “Mamma Mia!” production. Students who are interested in the “Xanadu” production may schedule a time slot for vocal and dance auditions on the Shrunken Heads website.