UC Santa Barbara is currently in the process of installing 10 new routers on campus in an effort to increase the campus data capacity tenfold and to improve the speed of on-campus internet. 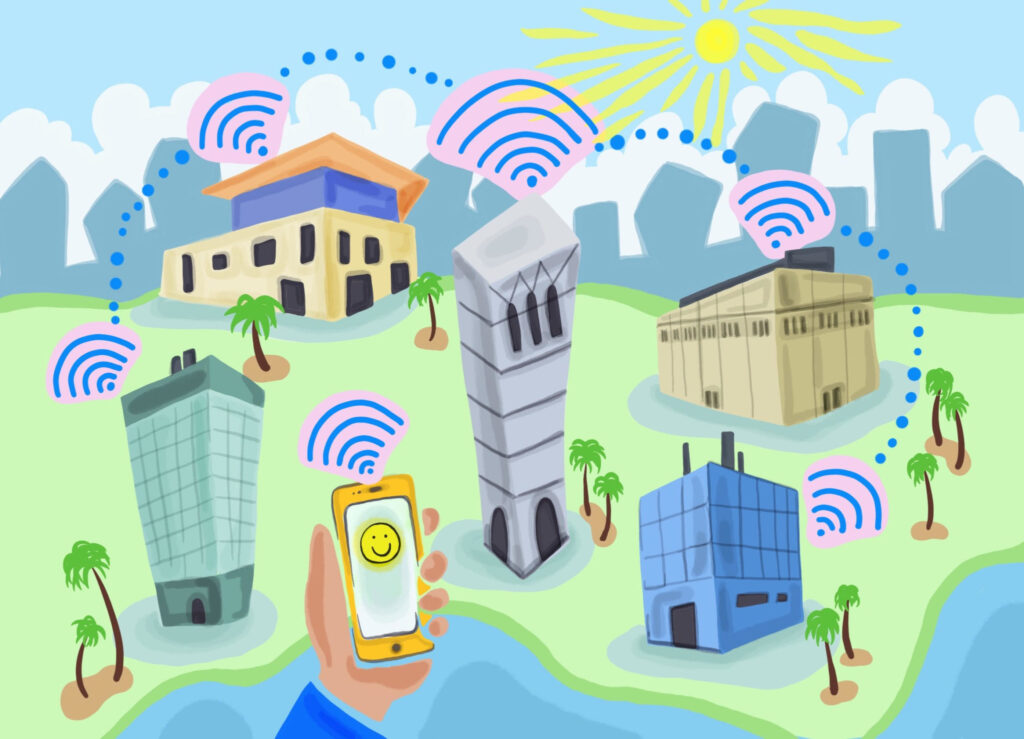 The new routers should meet demand for data transmission on campus for the next five to seven years. Channing Mink / Daily Nexus

The $2.7 million upgrade from 10 to 100 gigabit links is set to be completed in April, but buildings such as the University Library could see immediate improvements in data transmission speed, according to Kevin Schmidt, UCSB’s director of Enterprise Technology Services, who is in charge of the router replacement project.

However, Schmidt said that there will not be a very noticeable immediate impact on internet speeds in most other parts of campus.

Although the previous router installation was in 2010, the rapid progression of technology in the past decade has increased demand for larger data usage, according to Schmidt.

“The center part of our network … is operating at speeds that were fine for its day, but the aggregate demand that we have is large enough that in order to support the future of this campus’ teaching research and community service mission, we must upgrade this,” Schmidt said.

The new routers should meet demand for data transmission on campus for the next five to seven years, according to Schmidt, at which point they will have to be upgraded again.

The $2.7 million used for the project includes the cost of the routers, labor for installation and maintenance for over the next seven years.

By increasing the capacity of the data network, Schmidt said the data transmission speed at individual buildings can then be improved.

If data speeds in specific buildings were increased without building more data capacity, it would be like making “really big roads that lead right into a two-lane highway,” Schmidt said.

While the time span for replacing the new routers is listed as three hours, the actual installations could be as short at 15 minutes, decreasing the amount of time the network is down, according to Schmidt.

An upgraded network could also facilitate easier use of multimedia teaching materials, such as video, according to Rich Wolski, a professor in the computer science department at UCSB. Video uses such a large amount of data relative to other internet uses that the campus will “overwhelmingly” notice the upgrade in the form of faster video loading speeds, he added.

“If you were to go to another research school, you would expect 10 gigabit networking to be present, you might not expect 100 [gigabits],” Wolski said.

Beyond internet usage, data transmissions on campus can typically be from researchers downloading information from NASA satellites, according to Schmidt. Information downloaded can include weather patterns and ocean temperatures over periods of time.

The next step in the project is to evaluate the data connections between the central network and the service in individual buildings, according to Schmidt.

“We fixed the highway that brings us into the city, and then we need to look at those roads that lead off the highway into the neighborhoods,” he said.