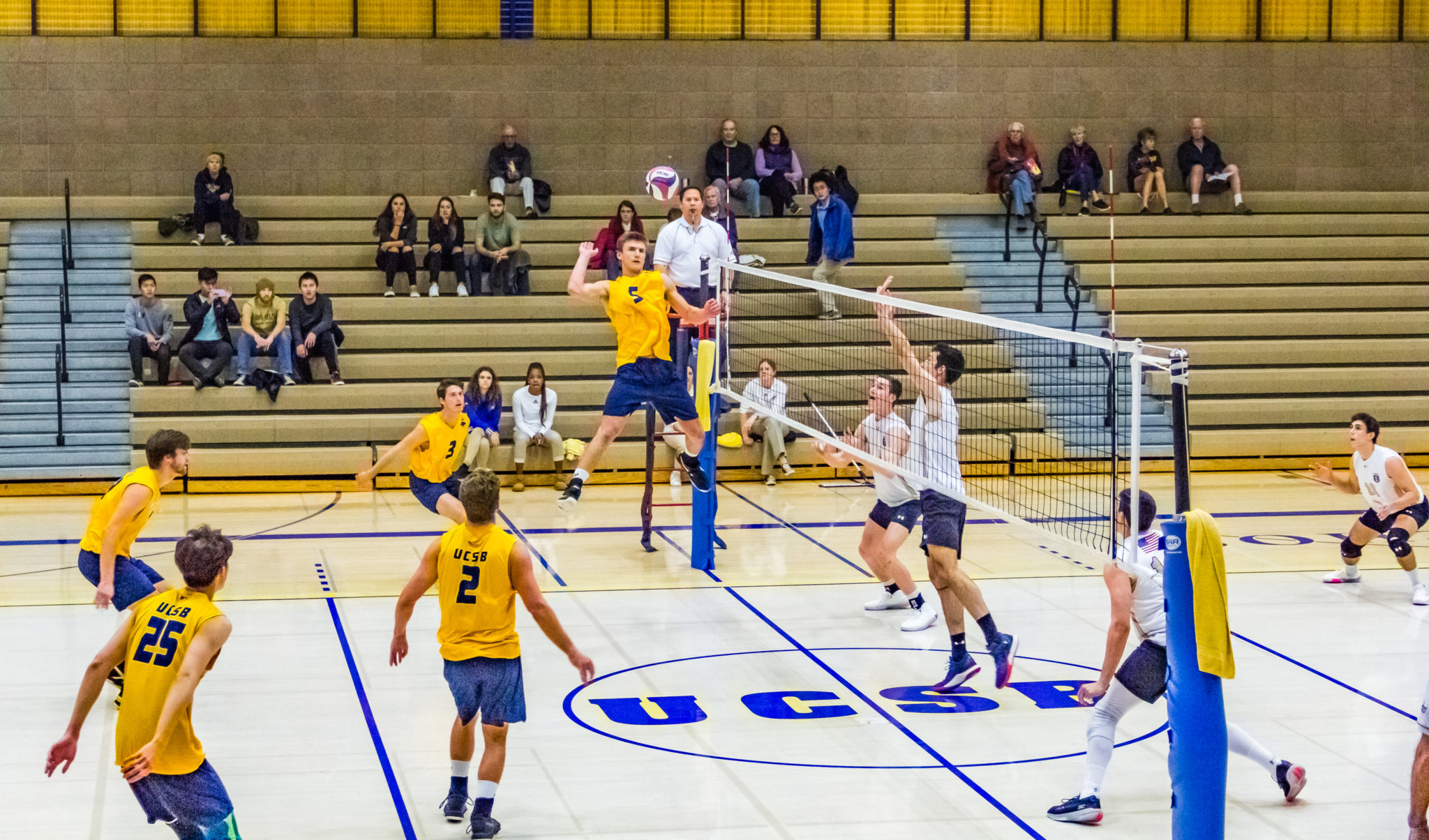 Over the weekend, the UCSB men’s volleyball team had another tough road test, this time in the Midwest, as they traveled to Columbus, Ohio to play Ohio State and Penn State. The No. 3 Gauchos faced off against No. 15 Ohio State on Friday and No. 9 Penn State the following evening. UCSB came into the weekend looking to bounce back after suffering their first two losses of the season to Brigham Young University the previous week. The Gauchos would adjust and show out, picking up two huge wins in a hostile road environment.

The first of the two matches was against the home team, Ohio State. Things started off a little shaky for UCSB, as they fell behind and eventually lost the first set 26-28. Santa Barbara had set point before the momentum shifted to the home team, fueling a Buckeye set victory. The Gauchos would quickly adjust, however, starting the second set in dominant fashion and going up 8-2. They would never look back from here. They began spreading out the offensive attack, getting several different Gaucho hitters involved. Three different UCSB players had double-digit kill nights: Randy DeWeese had the match-high 17, Ryan Wilcox had 13 and Roy McFarland finished with 12. UC Santa Barbara would take the second set 25-19.

After that second set, it was clear UCSB had the Buckeyes’ offense figured out. The Gauchos would dominate these next two sets, holding Ohio State’s hitting percentage to just .211%. They were able to secure 10 points on blocks and rack up 48 digs over the course of the match. UCSB would coast in the next two sets, handily winning 25-19 and 25-18. This gave SB their seventh win on the year and their fourth against ranked competition. The Gauchos wouldn’t have long to celebrate, as they squared off against another ranked opponent — Penn State — the following night.

The second match of the weekend turned out to be a thriller! Things started slow for UCSB, while conversely, Penn State came out swinging at an alarming rate. They hit a ridiculous .458% in the first frame which gave the Gauchos a load of trouble. The Nittany Lions would win this set 25-19. The second of the five sets was the closest of the match, as Santa Barbara’s defense really stepped up. Their defense was able to pick up significantly more blocks in this one, but a few serving aces by Penn State gave them the 25-23 victory. Penn State led 2-0 at the break.

UCSB wasn’t going to fold even with their backs against the wall. They would make key adjustments and turn the momentum of this game around. The Gauchos played the third game at a much more efficient clip, hitting at .583%. Several kills by sophomore outside hitter Wilcox led the way for Santa Barbara as they would take the third set 25-15. Wilcox had a match-high 20 kills on the day.

I think the Gauchos knew that if they won the fourth set, the momentum was in their favor and they would have a good shot at stealing a win. UCSB’s defense played really well in this set and several service errors by Penn State allowed SB to jump out to an early lead. Senior setter Casey McGarry led the way in passing yet again for the Gauchos, racking up 44 assists in the set. The ball movement in this one let Santa Barbara roll to a 25-19 win, forcing a fifth and final set.

The fifth set was a rollercoaster in terms of scoring streaks. Penn State came out and scored the first 4 points before UCSB would respond with an 8-1 run of their own. Big kills and a late service ace by Wilcox gave Santa Barbara the 15-9 set and match victory. This was an unreal comeback for UCSB, as coming back from being down 0-2 on the road is really challenging and the Gauchos rose to the occasion.

Now, with an 8-2 record, UCSB has one more road match at UCLA before a much-needed home stretch. This week’s game will be played at Pauley Pavilion this Wednesday at 7 p.m.