The Daily Nexus
Science & Tech
“Three Billion Birds Lost”: A Seven-Action Plan to Help
February 7, 2020 at 10:00 am by Anastassia Dardenne 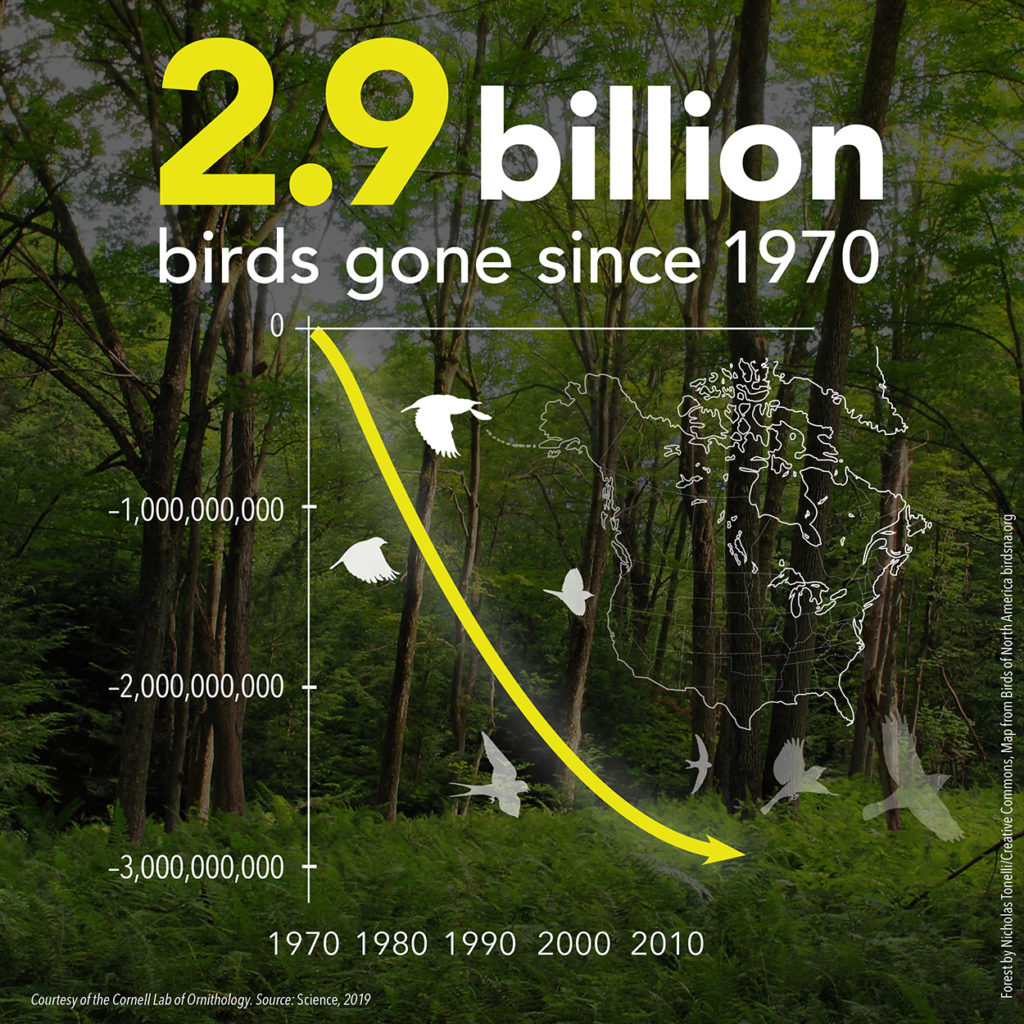 Last Thursday, the Fleischmann auditorium at the Santa Barbara Museum of Natural History welcomed Kenneth Rosenberg, a conservation scientist at the Cornell Lab of Ornithology and the lead author of a staggering study on the decline of North American bird populations. His hour-long discussion of the study, including its results and its implications, attracted many avid “birders,” environmentalists and concerned citizens.

The Santa Barbara Audubon Society, who partnered with UC Santa Barbara’s Arts & Lectures program to make the event possible, sat in the center of the auditorium and made their passion for birds known by whistling in agreement during the lecture.

After introducing himself, Rosenberg spoke of the methodology employed during the study to count the decreasing bird population. He and his 10 co-authors, coming from eight different institutions, relied heavily on volunteer data from what Rosenberg calls “citizen scientists.”

These “citizen scientists” have been counting birds as a pastime for years and have been recording their observations in an online database. This database, also known as the North American Breeding Bird Survey (BBS) brings together the observations of millions of bird-loving citizens from across the United States and Canada. It was the perfect place to start for Rosenberg and his team. Along with the help of dozens of volunteers, they searched BBS for relevant data and entered it into a highly specific statistical model that accounted for variability and factors such as bird migration patterns.

“The results were both staggering and sobering,” explained Rosenberg.

To confirm that the results were in fact accurate, Rosenberg and his team looked to radar ornithology, a new and innovative technique of recording bird migration patterns by analyzing weather radar data. Sure enough, major weather radars all reported a progressive decrease in bird biomass migrating since 2007. 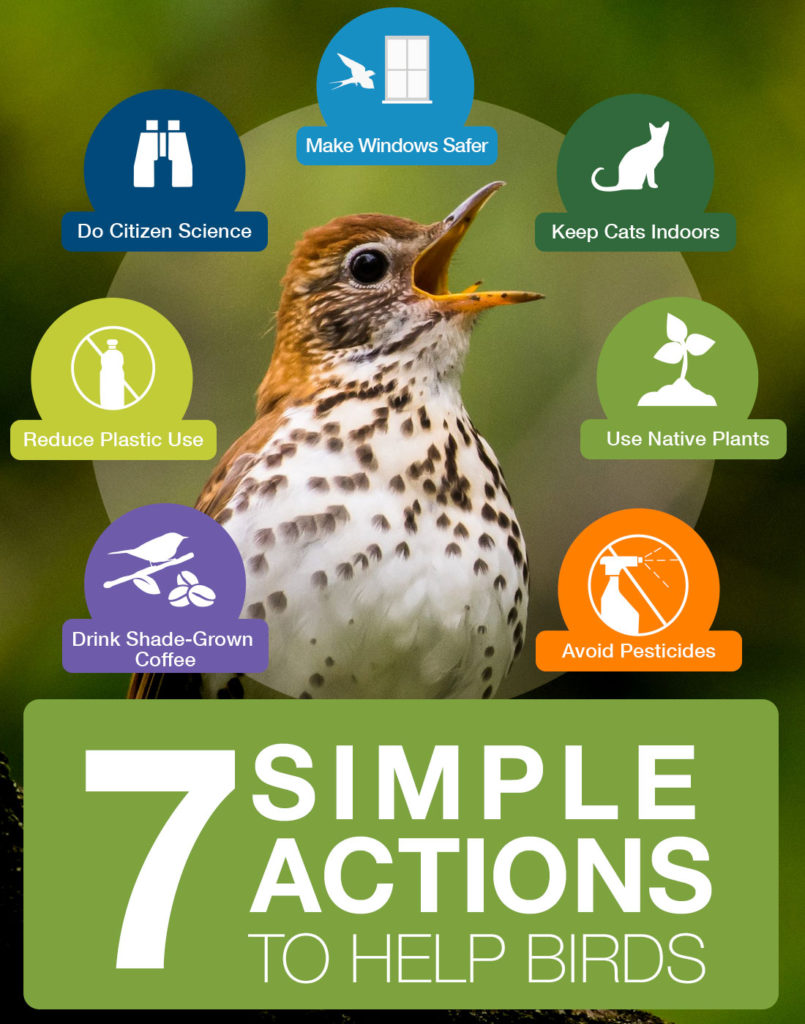 Courtesy of Cornell Lab of Ornithology

Shocked by their findings, Rosenberg and his team published their study “Decline of the North American avifauna” in the journal Science in October of 2019. The study quickly generated much press, soon becoming the 209th of all 14,144,161 research outputs ever published with the largest audience reached, an impressive feat for such a recent study.

Responses were emotional, according to Rosenberg. Concerned readers wrote letters to the editors, and “birder” communities sought ways to help restore the bird population. They all wondered if something could still be done.

Rosenberg addressed this issue in his lecture and explained that while the study results were alarming because they indicate the possibility of extinction for over 300 species of birds, it is in no way a death sentence.

“Are there any reasons for hope?,” asked Rosenberg. “The answer is yes. Bird populations are resilient, the most famous example being the return of the bald eagle once the pesticide DDT was banned. The bald eagle that was nearly extinct has rebounded tremendously.”

Rosenberg advocates for a simple seven-action plan as well as more research on the reasons causing bird population decline. He spoke of the importance of bird-safe windows and the Bird-Safe Windows Buildings Act, legislation requiring all federally funded buildings to be built using bird-friendly windows.

He also mentioned buying Smithsonian-certified “Bird Friendly” coffee, a type of coffee that can grow in the shade of tropical rainforests, preventing the unnecessary cutting down of rainforests. Though not very well-known, Bird Friendly coffee is a valid environmentally friendly option for the many coffee addicts roaming around campus and can be found at the Isla Vista Food Co-op.

Other options include keeping cats indoors (or allowing them to go outside in specially built “catios”), although one attendee vehemently disagreed during the Q&A session. Other ways to help are outlined on the study’s website: 3billionbirds.org. The website includes pre-made social media posts complete with the hashtag #BringBirdsBack as well as an infographic outlining the seven simple actions that Rosenberg advocates.

Most importantly, Rosenberg mentioned the worth of researching politicians’ views on environmental legislation, especially with the upcoming presidential elections. According to Rosenberg, more legislation should be passed to protect both migrating birds and the environment.

“[The results of this study] should make us mad,” said Rosenberg.

“Yes, it does!,” responded an enthusiastic audience member.