The university will begin upgrading buildings across campus to meet current earthquake safety codes, according to an email sent out by the UC Santa Barbara Administrative Services alerting the campus community about UC seismic safety standards. 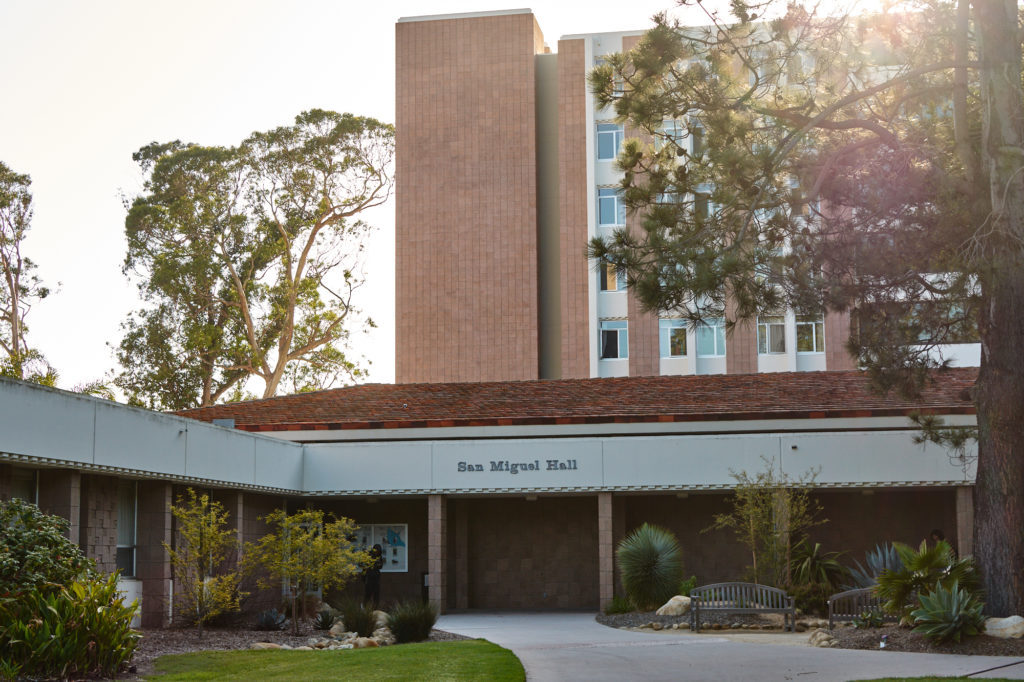 Engineers have been reevaluating the UCSB campus since 2018 based on new guidelines. Ida Kazerani / Daily Nexus

The buildings that have now fallen below UC standards are in a level VI category, which is labeled by the UCSB Design, Facilities & Safety Services website as a high priority for correction. These buildings are the Chemistry and Biochemistry Building, Ellison Hall, Music Building, Phelps Hall, San Miguel Towers and San Nicolas Towers, according to the campus-wide email sent out by Garry Mac Pherson, vice chancellor for administrative administrative services.

Additionally, 99 campus buildings or portions of those buildings have a rating of V, meaning they will require a “second, more thorough evaluation, and any confirmed seismic deficiencies will be addressed.”

According to Mac Pherson’s email, engineers have been reevaluating the UCSB campus since 2018 based on new guidelines. The retrofitting and upgrading of buildings is expected to be completed by 2030, according to the email.

“Since the 1970s, the University of California has been a leader both in seismic-structure research and in developing seismic policies and standards to address the risks that earthquakes pose,” Mac Pherson said in the email. “UC has set its standards for seismic safety higher than those associated with state and local building codes.”

Even with the extra precautions taken by the University of California, earthquakes still pose a risk. According to the California Earthquake Authority, there is a 75% chance of at least one earthquake occurring in Southern California with a magnitude of 7.0 or higher. The campus will begin undergoing building upgrades in summer 2021, according to university spokesperson Andrea Estrada.

“Campus leadership is actively working on developing the schedule and sequencing of our seismic retrofit program to align with UC seismic safety policy. Currently for our housing facilities, the goal is to schedule the seismic retrofit projects over the summer months, when they are least likely to impact our student residents and occupancy rates,” Estrada said.

Plans for the upgrades are not yet complete, so it is not known what aspects of UCSB life will be affected yet. Estrada also expressed that it is unclear what will need to be repaired in order to maintain the high building rating.