The Daily Nexus
On the Menu
The Buzz About Caffeine: Is it Helpful or Harmful?
January 26, 2020 at 5:20 pm by Paige Holloway

If you have suffered through early eight a.m. classes or last-minute late-night studying, you know what it’s like to be a sleep-deprived UC Santa Barbara student. The most common cure to this daily exhaustion is caffeine. Throughout campus, you can see students running to Starbucks for a cold brew or the Arbor for a yerba mate. Regardless of their preference, students are constantly relying on caffeine to stay energized throughout the school day. However, that daily caffeine fix has many different effects on the body, and it’s important to know both the benefits and risks of caffeine consumption. 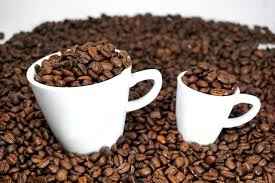 The most obvious benefit of caffeine is increased alertness, which can come in handy during long school or work days. In fact, some studies indicate that drinking caffeine can enhance people’s learning ability. This is due to the effect caffeine has on the brain’s ability to memorize and think critically. For students working hard to cram information from their classes and complete assigned tasks, this can be highly beneficial. This is why many students become reliant on drinking caffeine every morning or multiple times a day.

Athletes also are known to benefit from drinking coffee or caffeinated drinks during the day. Those who participate in sports may choose to drink caffeine right before a game, match or performance because of the sustained energy it provides. The European Food Safety Agency explains that caffeine can improve endurance and prevent early exhaustion.

Caffeine can also serve aesthetic purposes such as weight loss. Caffeine is an appetite suppressant, which can make people eat less than they would without it. It also can increase the amount of calories we burn at a resting state because it boosts your metabolism. In addition, caffeine stimulates thermogenesis so the body generates more heat when digesting food.

However, beyond these enticing benefits, caffeine comes with a few risks that should be acknowledged. The biggest risks of daily caffeine consumption comes from the excessive use of it. The recommended amount to reap its benefits is around 200 mg, and the maximum one should consume a day is 400 mg, typically two to three cups of coffee. When exceeded, caffeine can enhance depressed or anxious thoughts.

Caffeine also can influence physiological feelings. Many people who drink excessive amounts of caffeine may suffer from insomnia or have trouble falling asleep. This causes them to be in a constant cycle of lacking adequate sleep and relying on caffeine as their energy source. Beyond sleeping issues, drinking large amounts of caffeine can cause irritability, stomach aches, heartburn, dehydration, dizziness and jitters.

Like any drug, caffeine can also have addictive qualities. Many people become reliant on caffeine as their energy source. This causes them to build up a tolerance and eventually can lead to higher amounts of caffeine being consumed to achieve the same effects. The addictive qualities of caffeine are even more accentuated when a heavy coffee drinker cuts off their consumption abruptly. These withdrawal symptoms often include intense headaches and feelings of tiredness.

However, as long as people remain aware of what they’re putting into their body and the amounts in which they do, the risks of caffeine consumption should not be an issue. The health benefits of caffeine are important to acknowledge. Caffeine can be a healthy or unhealthy energy source, depending on how people use it. It all comes down to moderation and mindful consumption!

It is informative and very helpful.