The Daily Nexus
UCSB COLA Movement
Graduate Students to Call in Sick on Wednesday in Support of UCSC Strike for Cost of Living Adjustment
January 21, 2020 at 10:29 pm by Jackson Guilfoil and Sanya Kamidi

A number of UC Santa Barbara graduate student teaching assistants plan to call in sick and hold a demonstration at Storke Tower on Wednesday from 9 a.m. to 4 p.m. in support of the ongoing strike for living wages at UC Santa Cruz. 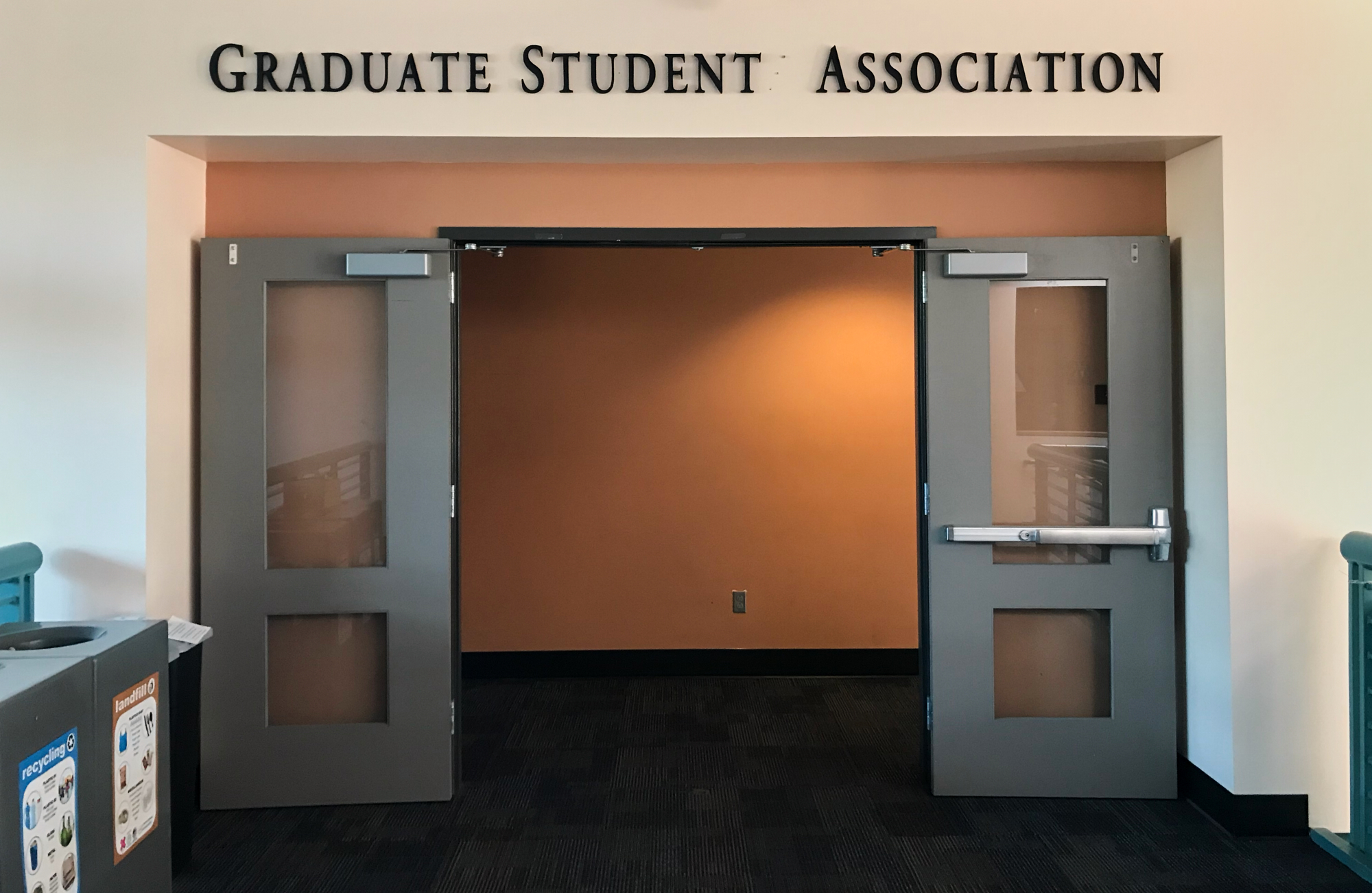 The UCSB Graduate Student Association passed a resolution in support of the UCSC strike at its  general meeting on Jan. 14. Sophia Lovell / Daily Nexus

The demonstration on Wednesday, which is termed a “sick-out,” is meant to call attention to the high cost of living at UC Santa Cruz (UCSC) and UC Santa Barbara. Strikers at UCSC have been calling for a cost-of-living-adjustment (COLA) of $1,412 a month, according payusmoreucsc.com, the website for the UCSC strikers.

“As early as September 2019, organizers as part of the GSA, UAW2865, and from across campus have been calling for a Cost of Living Adjustment. The demand has been repeatedly presented to UCSC administration without equivocations,” the campaign wrote on its website.

The COLA of $1,412 a month was calculated to bring “every graduate student, regardless of residence, visa, documentation, employment or funding status…. Out of rent burden; and To parity with grad students at UC Riverside,” according to the website.

UCSC graduate students have refused to upload grades to Canvas — a learning management website similar to Gauchospace — since Dec. 9, 2019, the first official day of their strike.

The UCSB Graduate Student Association passed a resolution in support of the UCSC strike at its  general meeting on Jan. 14, stating “unequivocally [their] full support for [their] fellow graduate students at UC Santa Cruz in their demand for a cost of living adjustment (COLA), including their engagement in a Wildcat Strike.”

The UCSC strike is a “wildcat” strike, meaning that it does not have union approval.

“The vast majority of graduate students spend more than half of their paychecks on housing, with many going to extreme lengths to make ends meet,” the resolution continued.

“Santa Cruz grads’ decision to withhold grades is a brave and an ingenious use of our power as graduate students. The UC only works because we do, and our compensation should both reflect the value of our labor and account for the high cost of living in California.”

UCSB 4 COLA, the advocacy group calling for a COLA for UCSB graduate students, began circulating an FAQ regarding the sick-out and the COLA as a whole, stressing that Wednesday’s action was not a formal strike but instead the beginning of “a COLA movement of [their] own.”

“We will collectively draft a list of demands to give administration, and if those demands are not met, then we will discuss the possibility of a strike with the graduate student body,” UCSB 4 COLA wrote in the COLA FAQ.

“We will not pursue a strike unless we decide that it is a necessary action and graduate students support escalation of that sort — there will be plenty of opportunities to express your opinions on the matter each step of the way.”

Sheila Kulkarni, a Ph.D student at UCSB and an organizer with UCSB 4 COLA, said that UCSB graduate students decided to engage in the sick-out in part due to their own struggles with the cost of living in Santa Barbara.

On average, UCSB graduate students put 48% of their income toward rent, putting them within just a few percentage points of the 50% threshold considered “severe rent burden” by the Office of Housing and Urban Development, according to a survey taken by the UCSB Graduate Student Association last week.

“The idea would be a disruption of regular classroom activity,” Kulkarni said.

Ahead of the sick-out, UCSB 4 COLA held a meeting on Tuesday evening to discuss logistics regarding Wednesday’s demonstration, such as what route the march would take, what signs to make, what slogans to chant and what committees to create.

UCSB spokesperson Andrea Estrada did not immediately respond to a request for comment regarding Wednesday’s demonstration.

Kulkarni emphasized that UCSB graduate students must be the ones to decide whether or not to engage in further labor actions.

“It’s really up to everyone if they want to go on strike, it’s not something the GSA can decide,” Kulkarni said. “It’s something all grad students have to decide.”