Early last year, Ron Moomey was houseless and lived in downtown Santa Barbara’s PATH shelter before moving to Isla Vista, where he occasionally slept in Anisq’Oyo’ Park. Now, he has steady work, his own apartment and a vehicle and even got married in December 2019. 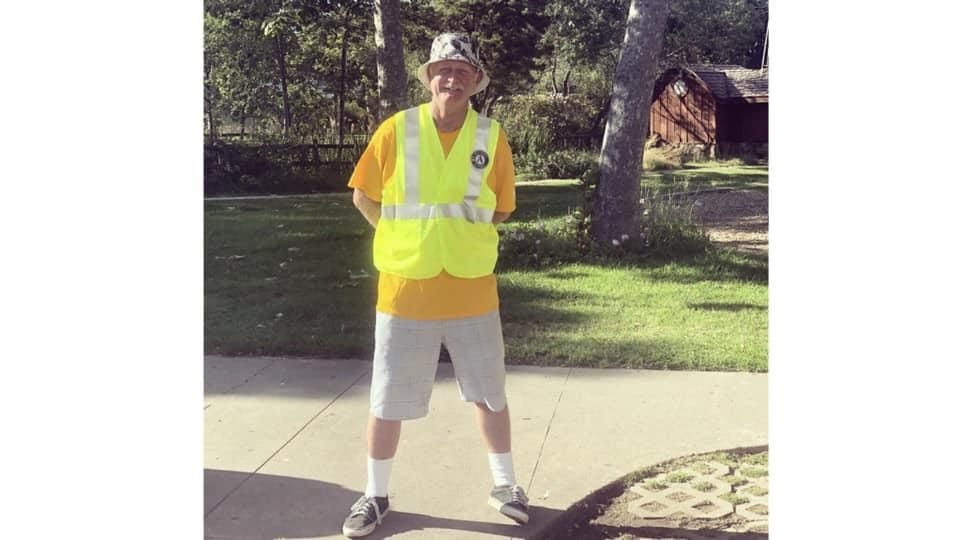 Since working as the local beautification specialist, Moomey said that he has seen a tangible change in the community. Courtsey of Ron Moomey

Part of Moomey’s transition out of houselessness came from a job with Northern Santa Barbara County United Way — the local branch of the nationwide community service nonprofit — as part of the SeeClickFix program in I.V. called Isla Vista Beautiful.

The program, funded by the I.V. Community Service District (I.V. CSD), hires houseless people and pays them $15 an hour for various cleaning and landscaping tasks, according to Emily Allen, the United Way nonprofit’s director of Homeless and Veterans Impact Initiatives.

“I was homeless, they hired me for this, now I’m not homeless,” Moomey said.

Moomey said he works around 20 hours a week, responding to the numerous service requests by users of the SeeClickFix app, which can range from graffiti cleanup and cutting overgrown weeds to removing Lime scooters on sidewalks. Anyone can download the SeeClickFix app, take photos of a nuisance in Isla Vista and someone — possibly Moomey — will fix the problem.

Since working as the local beautification specialist, Moomey said that he has seen a tangible change in the community, in part from the work he has done so far.

“I know a lot of the homeless individuals here. Well, I guess I inspired them; they see what I’m doing picking up trash, doing landscaping stuff. They’ve been cleaning stuff up themselves,” Moomey said.

Moomey also plans to work with landscaping architect Lynn Kirby on the new Isla Vista Community Center, and he said they are currently deciding on how to landscape the area surrounding the building.

The I.V. CSD began using SeeClickFix in April 2019 as part of a pilot program with United Way. Moomey was one of the original employees and was “critical in getting the project started in Isla Vista,” Allen said.

United Way originally hired Moomey and one other employee for the program’s launch, but the other person moved to live with family on the East Coast, according to Christina Lydick, former beautification manager for SeeClickFix Isla Vista. For a few months, Moomey was the only beautification specialist in the program and responded to most of the service requests, according to Allen. United Way hired two new houseless community members in November 2019, and they started work this January.

While the living wage in Santa Barbara County is $16.50 an hour for a working adult with no children, according to the MIT Living Wage Calculator, the minimum wage in the county is $12 an hour for businesses with less than 26 employees and $13 an hour for businesses that employ 26 or more employees. Allen said that although the program is intended as a work experience project, the positions still pay above the minimum wage — $15 — due to the high cost of living.

A version of this article appeared on p. 5 of the Jan. 16 print edition of the Daily Nexus.