The Daily Nexus
News
How Isla Vista Businesses Survive the Long Winter
January 16, 2020 at 12:03 am by Chloe Kimmel

Running an Isla Vista storefront is not all lattes and catchy names — businesses can be forced to hibernate for long stretches at a time when UC Santa Barbara is not in session, as thousands of students clear out during breaks throughout the year, oftentimes for weeks. With fewer customers, fewer employees and the high price of rent to pay for the “ideal location,” it comes as no surprise that many businesses in Isla Vista can struggle to stay afloat during these time periods. 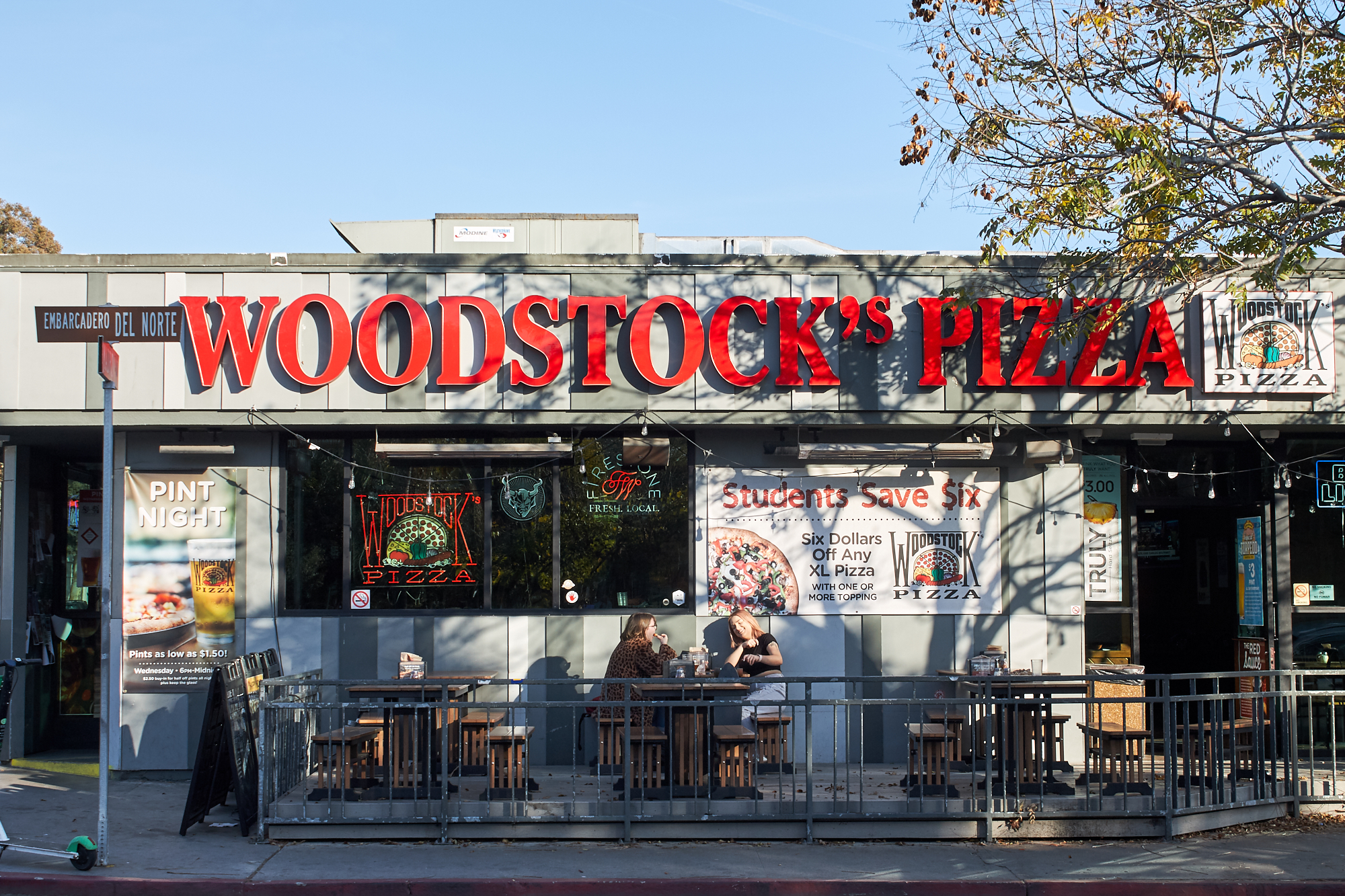 Many businesses have found that in recent years, the gamble to stay open has proved to be more and more successful. Kaiyi Yang / Daily Nexus

Many established places in I.V. have the hard choice of whether to cut their losses and close for break, or try and stay open, according to Boxi Wang, owner of Mojo Teahouse.

“We do compare sales data from previous year[s] and also look at the demographic of [the] current academic year to reach a decision on if we should be open or not,” Wang said.

Wang said Mojo Teahouse has used UCSB demographics, along with analysis of their own financial statistics, to help them predict the loss or benefit of staying open.

The lack of retail lots available in I.V. also gives the illusion of businesses having a monopoly on the population, Wang added.

“People tend to look at the bright side, such as a huge student population in close proximity,” Wang said. “They need to realize that being in I.V. also has many downsides like higher retail rent, minimal share of the Goleta market and a more challenging workforce to manage.”

Based on foot traffic alone, businesses typically can have high expectations for revenue, which helps enable high rent prices for businesses, Troy Yamasaki, the general manager of Cajé, said. But winter break brings a decrease in customers, and despite the density in population, college students can turn out to be a much more difficult demographic to break into,  Yamasaki explained.

According to Yamasaki, this is because students often have limited resources and have a higher standard for what they are willing to spend money on and the value they are getting. Businesses struggle to meet this standard at a price that pays the bills, he added.

The high cost of living also makes it hard for businesses to have sufficient time to establish the roots they need to develop a following, especially for smaller businesses, according to Darien Nisbett, marketing representative at Woodstock’s.

“I would imagine it is difficult to generate the sales necessary to pay your employees a living wage and eliminate turnover in that sense as well,” Nisbett added.

Closing the store can bring more benefits than keeping it open; maintaining a healthy store is not simply about cash flow but also maintaining an enjoyable and inviting atmosphere.

“We take this time to update the restaurant … [We] see an increase in business in-store from families in the surrounding areas and businesses in Goleta, as well as deliveries,” Nisbett added.

Many businesses have found that in recent years, the gamble to stay open has proved to be more and more successful. Yamasaki said he has noticed an increasing number of students who choose to stay over break. And as these businesses have developed a more consistent customer base, they can rely on some of these students to still support the store.

“We stayed open almost the whole break and we gained some understanding that many international and out-of-state students are still here. They appreciate having some place to hang out and eat,” Wang said.

Besides winter break, summer also proves challenging to businesses, which often find profits to be cut in half for three months out of the year. But this trend appears to also be shifting slightly, according to Yamasaki.

“A lot more students seem to be taking summer school. The UC keeps admitting more students and I think it encourages just generally higher populations and people that will visit during the summer,” Yamasaki said.

According to Wang, one way for unestablished businesses to manage and learn to thrive in I.V. year round is to refine methods during breaks and summers.

“It’s not even the initial capital to start a business, but the capital it takes on your personal life to really almost be a martyr to the business for a few years until it establishes those solid roots,” Yamasaki added.

A version of this article appeared on p. 4 of the Jan. 16 print edition of the Daily Nexus.