The Daily Nexus
Volleyball
UCSB Men’s Volleyball Kicks off 2020 With Asics Invitational
January 9, 2020 at 5:15 am by Jesse Morrison 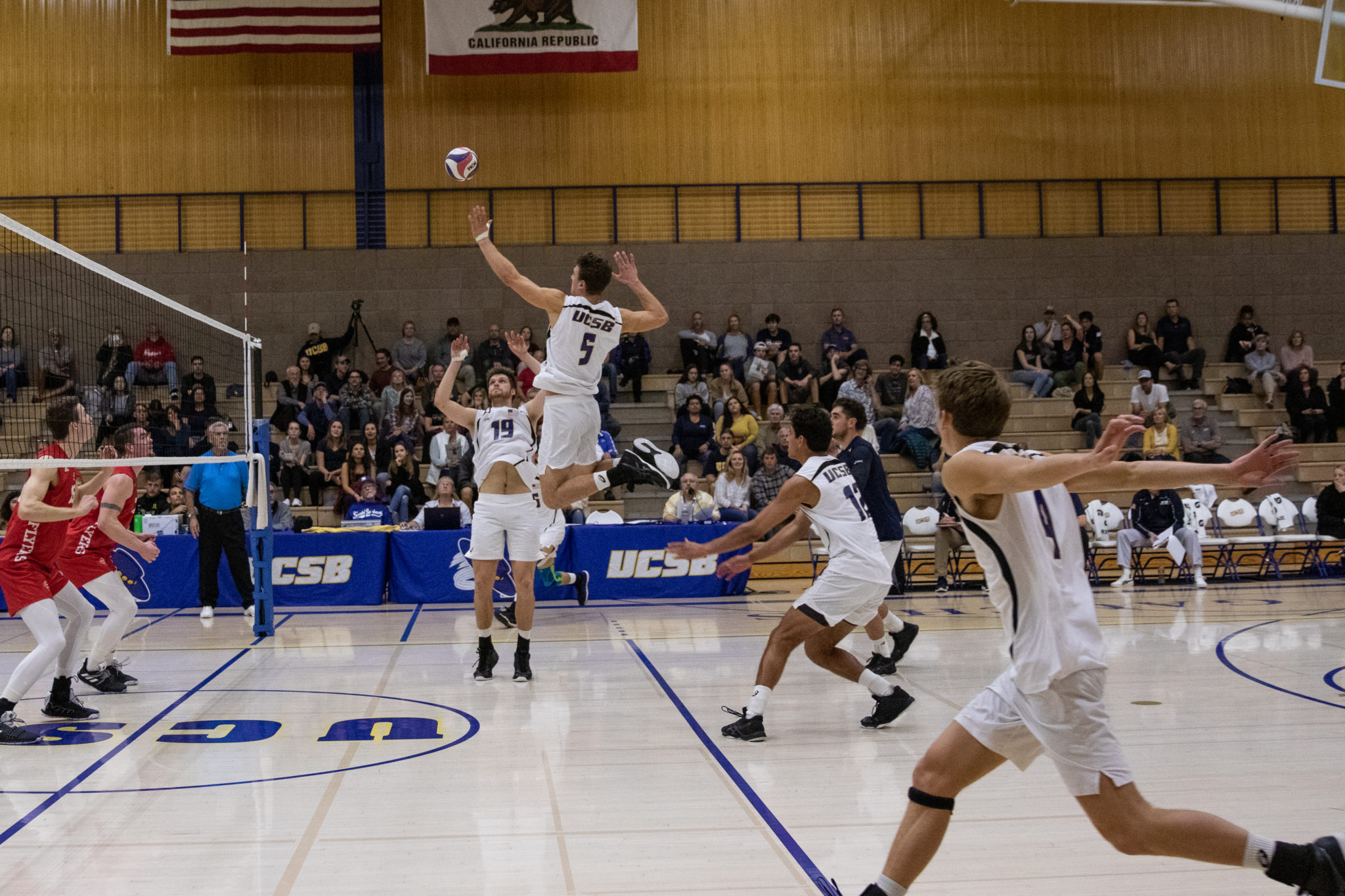 The UCSB men’s volleyball team comes into 2020 looking to build off of their impressive 2018-19 campaign. The Gauchos finished last season as the No. 5 team in the country with an 18-10 record, racking up several impressive wins over the course of the year. Some victories that stood out include 3-0 sweeps of No. 3 BYU on back-to-back days, a 3-2 win vs. No. 2 UCLA and a 3-1 win over then-No. 5 Loyola Chicago.

This year, the Gauchos will be without several key players who graduated, including standout outside hitter Corey Chavers, opposite Matt Ujkic and outside hitter/libero Hayden Boehle. Chavers led the Gauchos in 2019 with 370 kills with a season average of 3.4 kills per set. Boehle saw some notoriety for his impressive season, finishing as a finalist for the Erik Shoji Award, an honor given to the best Libero in all of collegiate men’s volleyball. Both Chavers and Boehle earned Second-Team All-American honors for their strong play in their final college season.

Despite the loss of these valuable pieces, UCSB should continue to play good volleyball, bringing back seven players for their fourth and final run as Gauchos. Notable returning seniors for UCSB include opposite Spencer Fredrick out of Lynwood, California, setter Casey McGarry and outside hitter Roy McFarland. My preseason presumption is that UCSB shouldn’t have many on-court chemistry imbalances or leadership blunders, given that these seniors have now been playing with one another for around four years.

Along with these seniors, an exciting prospect is returning to UCSB for his second season. Ryan Wilcox earned Freshman of the Year honors in the Big West Conference for his outstanding play as an outside hitter. Wilcox finished the 2019 year ranked No. 2 on the team in kills (254) and digs (121). Along with this, he was awarded Big West Freshman of the Week honors four times throughout the year. If UCSB wants continuous success this season, Wilcox should be a focal point of their offensive attack.

UCSB comes into the new decade ranked No. 2 in the Big West Conference, with high hopes that they will compete in the conference championship game. The Gaucho men’s team kicks off their 2020 season this weekend as they host the Asics Invitational. This is the third consecutive year UCSB has hosted the tournament, with this year including UCSB, Long Beach State, Cal State Northridge, Concordia, Mckendree and Benedictine Mesa. The Gauchos square off against Concordia in their season opener.

Last year, the Gauchos went 3-0 in this tournament racking up wins against Harvard, Grand Canyon and Concordia. Santa Barbara is hopeful to have similar success in this year’s tournament. UCSB’s opening round match versus Concordia tips off at 3 p.m. on Thursday; on the following day, Santa Barbara hosts Benedictine University at Mesa at 5:30 p.m. Finally, they wrap up their series of games with Mckendree at 8 p.m.

If you want to support the UCSB men’s volleyball team, all of the games will be hosted in Rob Gym this weekend.