The Daily Nexus
Listicles
Reminiscing Over the 2010s With These Iconic UCSB Shows
January 9, 2020 at 3:44 pm by Aly Witmer and Kristina Valencia

Here’s a list of the best performances that have taken place here at UC Santa Barbara over the last decade (2010-2019)!

Steve Aoki (Jan. 8, 2010 & March 31, 2011)
UCSB alum turned DJ, Steve Aoki brought his beats back to Isla Vista for a free performance at the Hub. Aoki graduated with a degree in women’s studies and sociology and lived at the famous “Pickle Patch” house on Sabado Tarde, hosting about 23 shows per month and totaling over 200 bands, including Jimmy Eat World. His 2010 Hub concert was sold out, and nothing less is expected of a (super famous) fellow Gaucho. He performed again in the Hub in April 2011 and once more controlled the energy of the entire sold-out crowd, making these two performances one for the books.

Drake (May 15, 2010): 2010’s Extravaganza headliner was none other than Drake, performing hits like “Best I Ever Had” and “BedRock,” who received mixed reviews from attendees. Champagne Papi raised eyebrows when he called a girl up on stage during her performance, kissed her on the neck and forehead and then serenaded her with a love song. Though it’s insanely memorable to have seen Drake live, especially for free, it also serves a didactic purpose of what not to do when you’re famous. 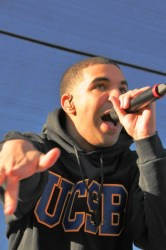 Bill Nye (May 12, 2010): A household name for ‘90s babies everywhere, Bill Nye made his way to Campbell Hall in 2010 and took the stage to chants of “BILL, BILL, BILL, BILL!” Donning a blue suit and orange bow tie, the self-proclaimed comedian captivated the audience during his lecture on global climate change, bringing flare to important, controversial issues. His visit to UCSB makes this list as issues concerning climate change are as prevalent as ever.

Kobe Byrant (Oct. 12, 2011): Brought together by Professor Jon Spaventa, 80 exercise and sports studies (ESS) students were surprised when their guest speaker was none other than Kobe Byrant. “I handled the situation discreetly because I was nervous it wouldn’t actually happen,” said Spaventa, director of UCSB’s exercise and sports studies program. The small classroom offered an intimate setting that allowed students to gain insight into one of the most world-renowned athletes. 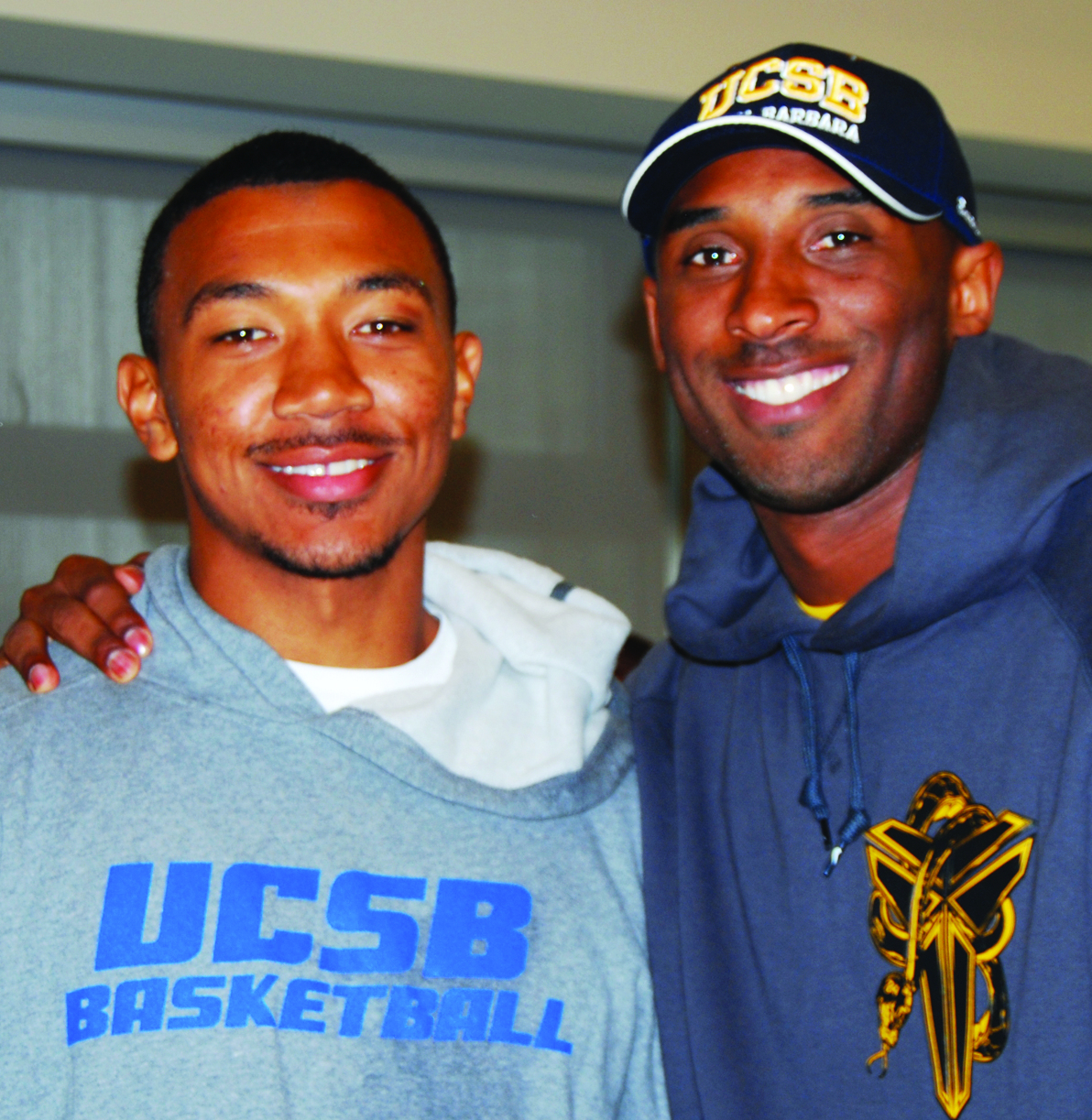 Adam Sandler (May 15, 2012): Laughter filled Campbell Hall back in 2012 when Adam Sandler was joined by co-star Nick Swardson for a Q&A following a sold-out pre-screening of his movie “That’s My Boy.” The movie and Q&A were put on by the A.S. Program Board, who was approached by Sandler to host the event. Sandler’s alma mater is New York University, but that did not stop him from choosing UCSB for a pre-screening, an event that most definitely goes down in campus-visitor history. 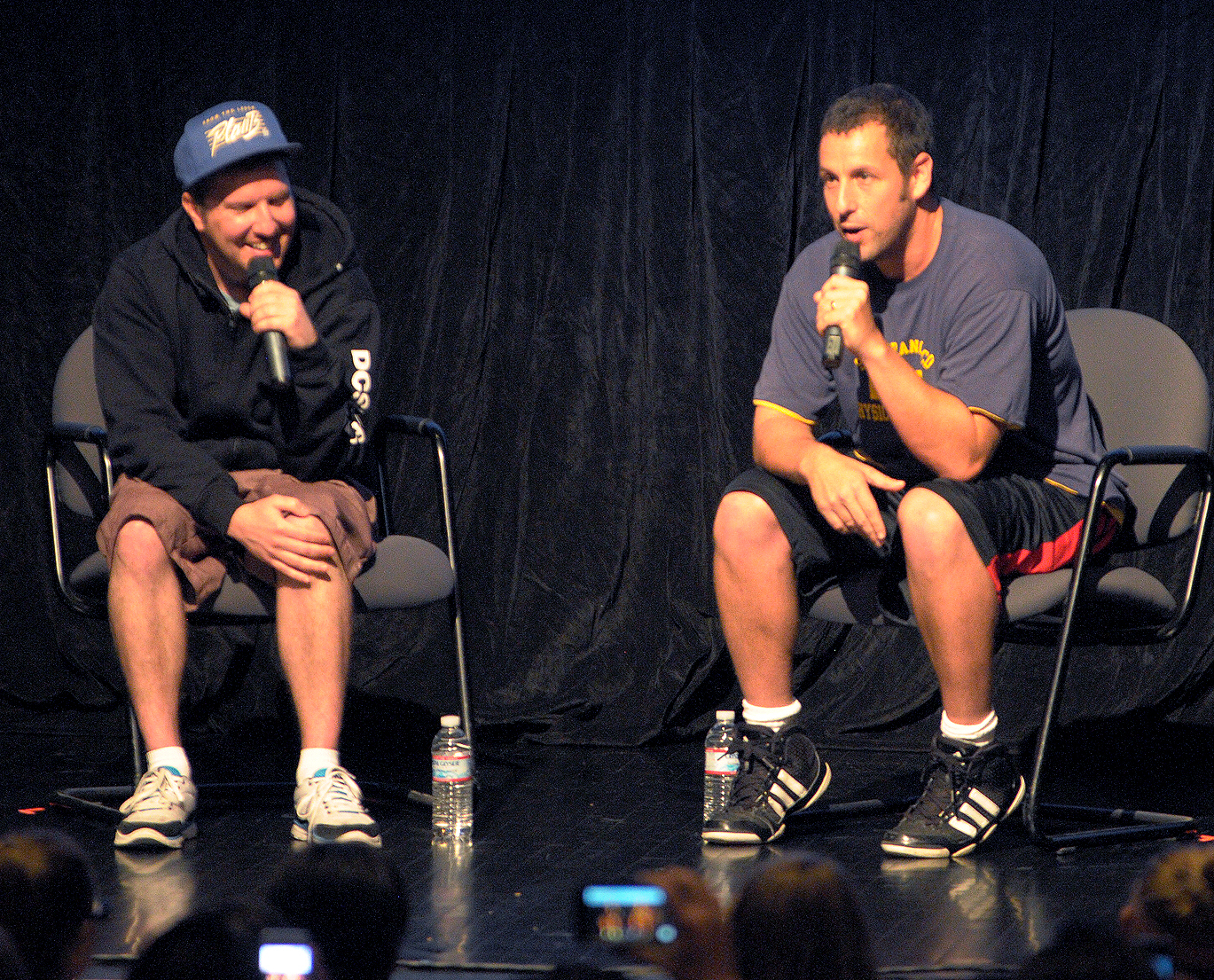 Kendrick Lamar (May 19, 2013): Four years before being “humbled” by Kendrick Lamar, students flocked to Harder Stadium for his headline show Extravaganza 2013, which also included Dada Life, J-Boog and The Growlers. The performance drew mixed reviews from students at the time, but there is no doubt current students would be elated to have one of the most important and influential rappers of his generation grace the campus stage again. 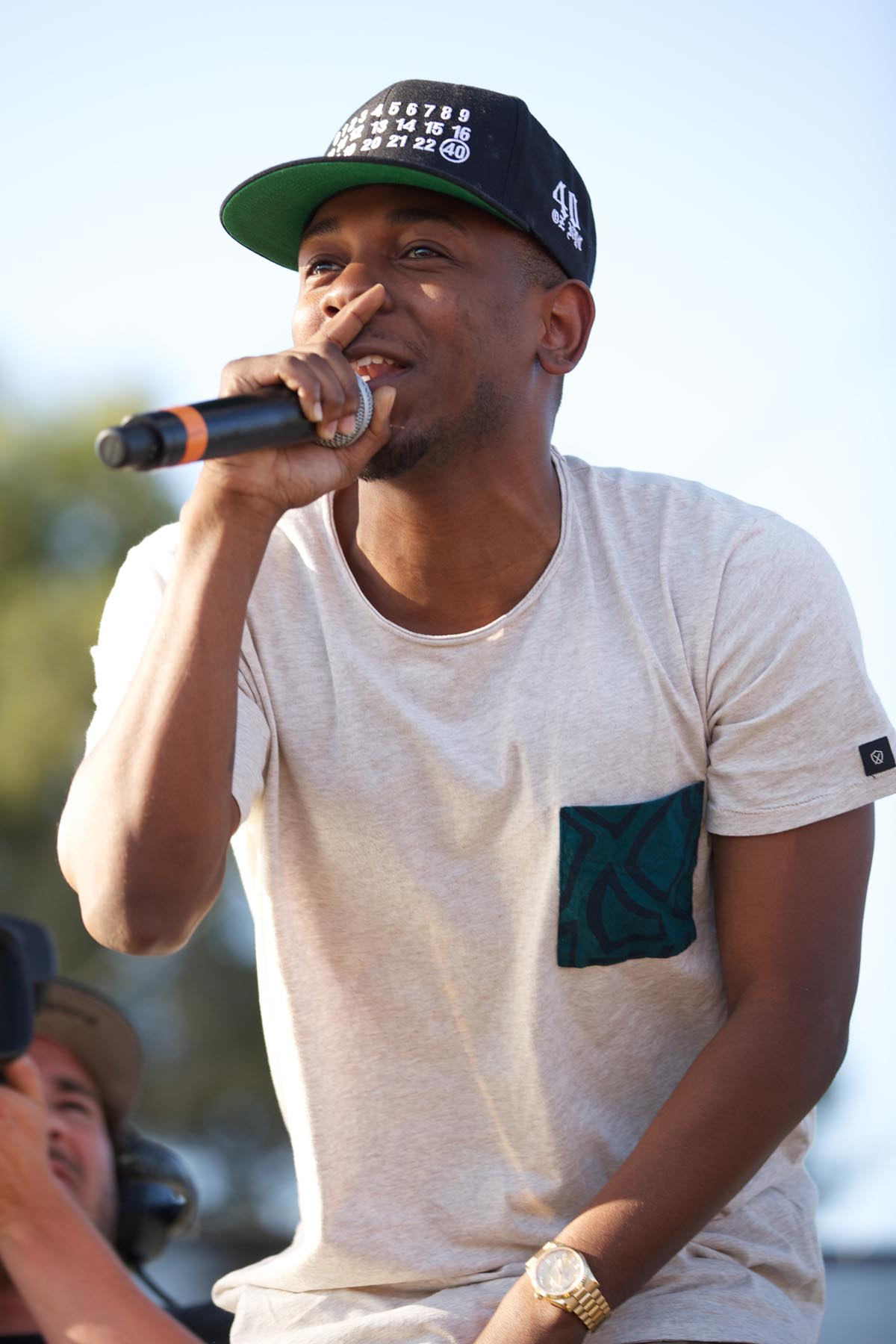 Angela Davis (Oct. 10, 2013): Following a screening of the documentary “Free Angela and All Political Prisoners” at Pollock Theater, Angela Davis spoke intimately with Gauchos about her life experiences as an activist and scholar. The event was sold out and hosted by Sol Sisters Rising, an organization working to spread awareness and support films regarding women of color. During this discussion, students and community members in the audience were given an opportunity to hear firsthand how one of the nation’s most influential activists felt about her journey.

Snoop Dogg (May 20, 2012 & Oct. 31, 2015): SNOOOOOOOOOOOOOOOOOOOOOOOP! Back in 2012, Sir Snoop Doggy Dogg headlined the annual Extravaganza music concert held by A.S. Program Board, an exclusive Gauchos-only event. Sporting a Rasta beanie and a set of brass knuckles, Snoop Dogg got the crowd jumping and even exclaimed, “If I went to college, I woulda came here and majored in pimpology.” Later, here to give Gauchos a Halloweekend they could never forget, Snoop Dogg headlined once again at the 2015 Delirium concert held by A.S. Program Board in the Thunderdome. Snoop performed a variety of classics like “Gin and Juice” and “Drop It Like It’s Hot,” as well as paying tribute to other rappers through singing verses from tracks like Dr. Dre’s “Still D.R.E.” and 2Pac’s “California Love.” 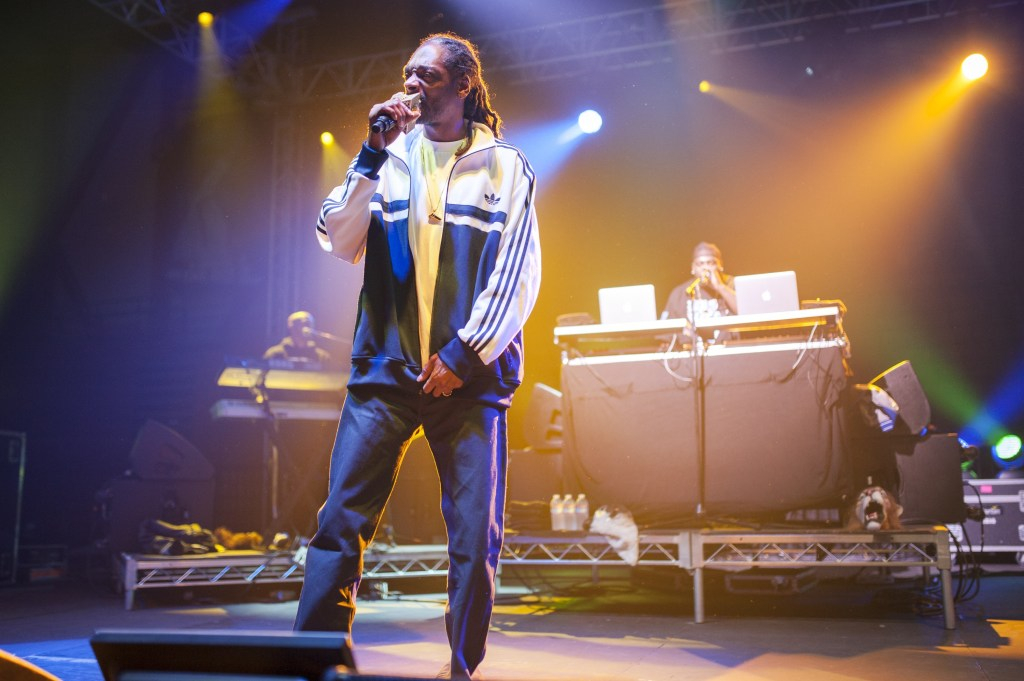 Danny Devito (May 17, 2016): In spring of 2016, the beloved Danny DeVito met with a crowd of nearly 900 students in the Arbor to promote student activism and the Democratic presidential candidate Bernie Sanders. As someone who lived through the era of the Vietnam War and spent time protesting it in the ’60s, DeVito lost friends in combat, fueling his support for Sanders, whom he described as nonviolent. Leaving Gauchos with much to think about, DeVito concluded this appearance with an encouraging statement: “Stand up for what you believe and … we can do it together.” 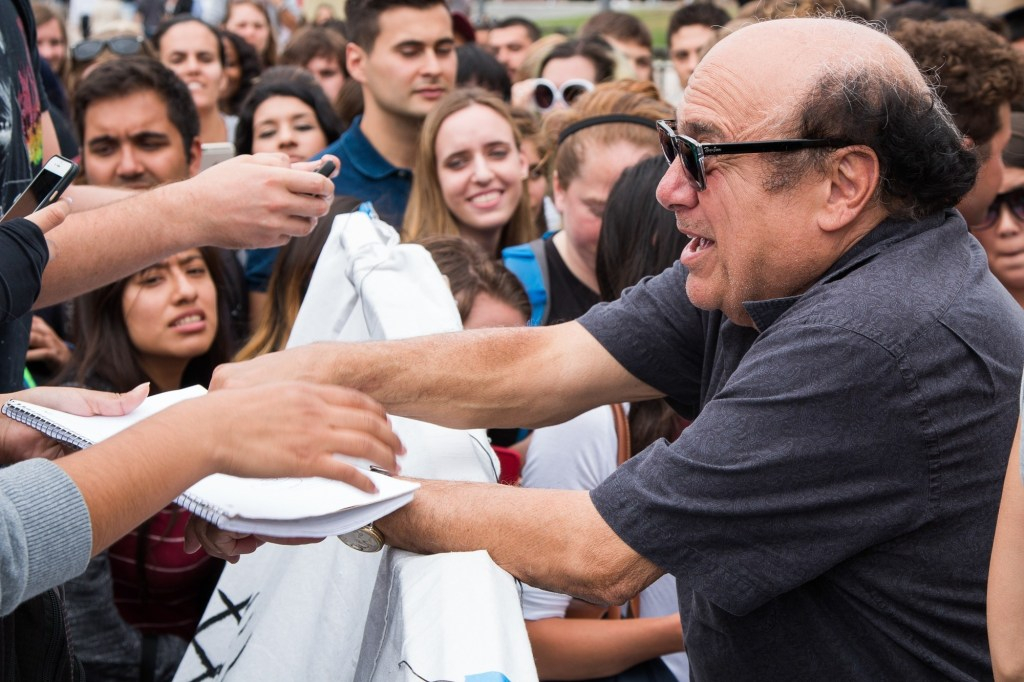 Joe Biden (Oct. 21, 2017): Former Vice President and current presidential nominee Joe Biden spoke at The Arlington Theatre in 2017 and made a surprise visit to Campbell Hall afterward, where students who weren’t able to nab a ticket could watch the live stream of his lecture. He brought hope to the audience, expressing that current students will be the most likely to improve the nation having grown up in a divided country, even if they feel as though it is “beyond repair.” The fate of the 2020 election does not change the fact that Biden’s visit was monumental. 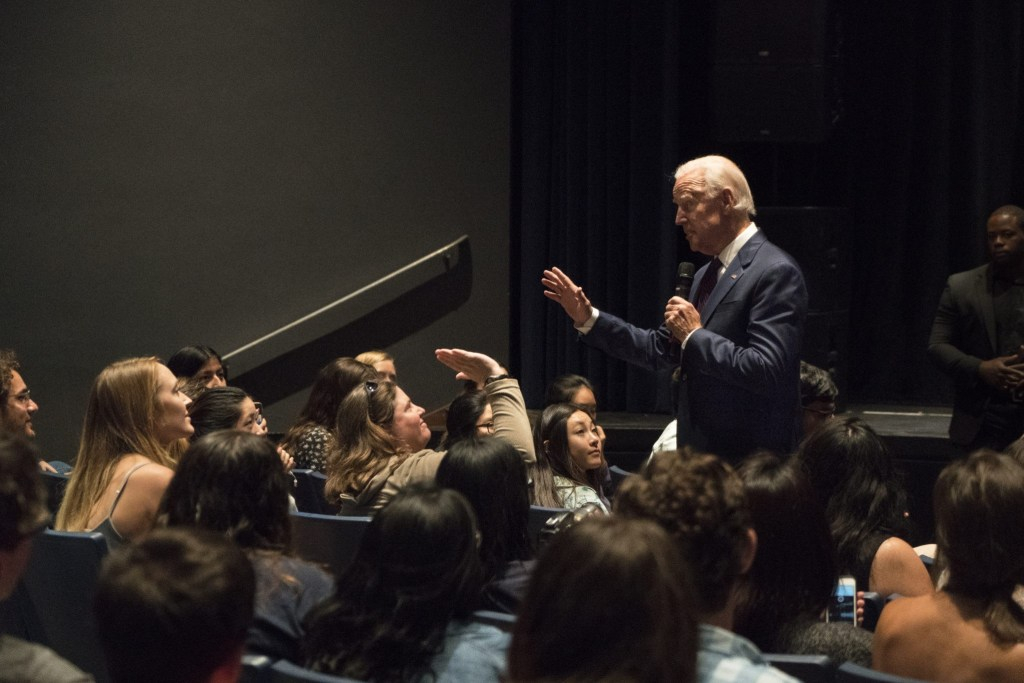