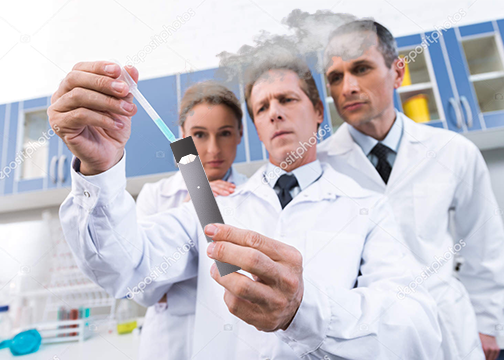 In the wake of a series of vaping-related maladies across the country, researchers in the UC Santa Barbara biology department have recently conducted a study regarding the mortality rates of individuals who vape. The results of the double-blind study, which have shaken the foundational assumptions made by many in the vaping community, have conclusively determined that over 90% of vapers are, indeed, mortal.

“We were honestly shocked,” said one member of the research group conducting the study. “We obviously expected one or two mortals to be included in our sample, but this is just unheard of.”

Many avid vapists have been reportedly taken aback by this news of their own truly ephemeral, transient nature, and the revelation that they soon, too, will be returned to the ground from which they came has soured the taste of even the mintiest of Juul pods.

Representatives from vaping companies have declined to comment on the allegations of mortality that the results of this study seem to suggest. Though their websites do warn of the potentially addictive effects of nicotine-containing products, none of the websites investigated by Nexustentialism made any mention of the fleeting nature of our own existence.

“I think I need to sit down for a second,” one Juuler said, taking a puff from his minty sidearm to steady his nerves after hearing that he, too, would one day be returned to the endless void of unconsciousness whence he came.

Students across the university have been confronted with equal parts existential terror and betrayal, many switching back to cigarettes as their once-beloved, flavorful vapor literally and figuratively turned to ashes in their mouths.

“At least I know what the health consequences of cigarettes are!” said a previous vaper who had recently made the switch to cigarettes and taken up residence in the smoking pits outside the library.

Many vapers, now faced with the anguish and despair associated with the knowledge of the perishable nature of their corporeal forms, have sought respite from this sobering reality — some in God, others in nihilism — but all ultimately futile in their attempts to assuage their collective dread.

“Oh God, to un-know!” one student’s anguished wails rang out. “To leave Plato’s cave was a mistake — dear Lord Almighty, this burden I now must bear!”

Student Health has extensively warned students of the dangers of smoking and vaping, but their efforts have been to little avail, as the waiting time to be warned of these dangers is currently longer than what it takes to smoke enough to turn your lungs black.

Max Myszkowski will absolutely not hit your Juul, not even if you have a vintage mint pod.