The Isla Vista Community Services District decided on Tuesday to postpone Lucidity’s proposal for a Deltopia 2020 spring festival until 2021, closing the book on several months of negotiations after concluding that the time constraints were too prohibitive. 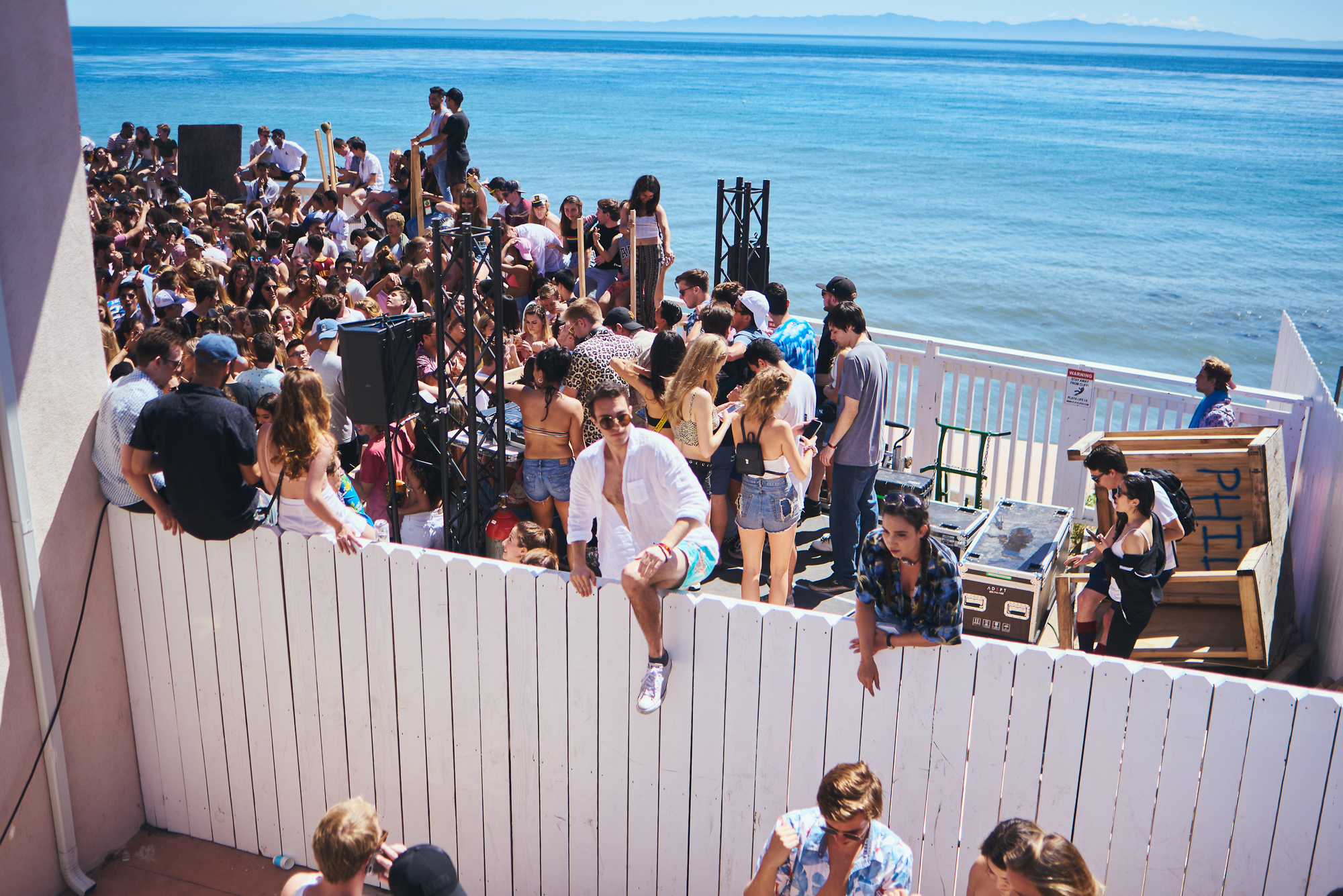 After the Isla Vista Community Services District (I.V. CSD) reached out to Lucidity about a festival designed to steer people away from Del Playa Drive and increase safety precautions during Deltopia, Lucidity presented its plan to the I.V. CSD board in early October. Since then, the I.V. CSD has been engaged in negotiations with various community stakeholders — law enforcement, UC Santa Barbara, County Public Works and Lucidity — to determine the feasibility and necessity of the festival.

In late October, Lucidity cut the budget for the proposal by $20,000, following district concerns that the price tag for the festival would be too much for the district to shoulder alone. Lucidity also hosted a town hall in early November to answer questions and clear misconceptions regarding the festival, emphasizing that its purpose is to channel crowds away from Del Playa Drive into a safer space, not to replace Deltopia.

In mid-November, the I.V. CSD delayed its decision on the proposal to December after noting a number of “outstanding issues” in the contract, particularly with the police presence needed at the festival.

“We just don’t think that on the current timeline we’ll be able to accomplish our goals and so it’s one of those things where we should not pull the trigger if we’re not 100% sped-up and ready,” Board President Spencer Brandt said during Tuesday’s meeting.

Sara Marvel, a director for Lucidity, stressed the timeliness of the plan’s approval when it was first proposed in October, so that preparations could be made in time for the spring. She had hoped for a contract’s approval in a week’s time, but negotiations with various parties stretched to more than a month.

Despite the delay, however, “Lucidity is at the point where they’re willing to step back and withdraw their proposal for this year and try to work with us to try and find where best they can be plugged in,” Brandt said.

He added that although plans for the spring festival were pushed back to 2021, the I.V. CSD intends to work with UCSB to host an alternative event in I.V., such as the university’s SunFest — a festival held in Storke Plaza as an alternative to Deltopia for students.

Jonathan Abboud, general manager for the I.V. CSD, said he is in contact with Katya Armistead, the assistant vice chancellor for student affairs and dean of student life, to potentially open SunFest to I.V. residents who don’t attend UCSB, but the I.V. CSD still needs to meet with both UCSB and Lucidity to see where the two entities stand on the idea, he added.

Lucidity will still be in the picture and the I.V. CSD has “spoken with them about the possible use of the Guardians,” a security team focused on harm reduction, for a possible “alternative event in Isla Vista this year,” he said.

In the original proposal to the I.V. CSD, the Guardians played a key role in emphasizing the need for safety precautions for Deltopia.

According to Craig Bonner, chief deputy for the Santa Barbara County Sheriff’s Office, the office is “absolutely dedicated” to turning Deltopia into a safer event and is willing to help put safety measures in place for this upcoming Deltopia.

“Anything we can do to help mitigate the unsanctioned aspects of Deltopia is a good thing and obviously if we can get people into a controlled environment where they are safe, that is an excellent thing,” Bonner said.

The negotiations for the spring festival opened a much larger conversation on the safety issues seen at large events in I.V. and the I.V. CSD’s ability in tackling them, Brandt said at Tuesday’s meeting.

Deltopia 2019 saw a spike in attendees, citations and arrests, but a decrease in medical transports; the majority of arrests were for disorderly conduct due to alcohol.

“[Deltopia is] one of the biggest public safety issues in our community and it’s also something that is absolutely revered by so many of the people who live here. It’s a tricky line to walk, but we have to be resolute in bringing these issues forward,” Brandt said.

Can I get a refund on my utility taxes if I choose not to go to the party?

when is the CSD going to provide a tax waiver for voters with no income?

does this mean the unsanctioned street party will continue?

Bad journalism. Don’t assume your readers know what an event like Lucidity is. Should’ve been explained in the first paragraph and I shouldn’t have had to look it up.

Ok We understand . BUT WHY THE CITY PUT ALL THOSE SINGS TO NO PARK ON ALL THE STREETS
EHY . There is no celebration so why the sings
Why they make more difficult times when we already have full of shit all over