The Daily Nexus
Music
Your New Best Friend: How Ashe’s Indie Pop Breaks the Fourth Wall
December 6, 2019 at 11:00 am by Aly Witmer 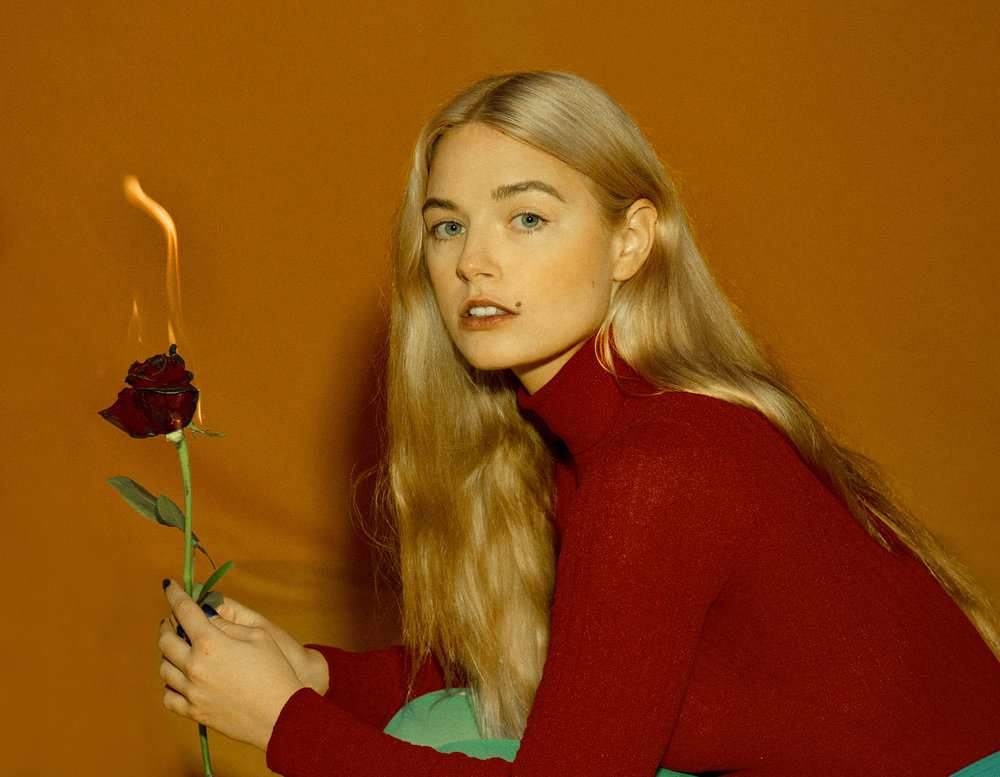 The cold California air seemed to dissipate as Ashe took the Troubadour stage. Maybe it was the sold-out crowd or the fog machines sucking up the oxygen in the room, but as the lights went up, illuminating the brightly colored tea-cup façade, the venue was transformed into Alice’s Wonderland.

Adorning a black jumpsuit, the barefooted vocalist’s performance that night was undoubtedly monumental. Two years prior at the same venue, she “cried on stage for maybe like a minute long” after filing for divorce with her now ex-husband. The all-black attire symbolized her grief of the abusive love, but optimism for what the future holds.

“I’d rather be hated for who I am than waste it on giving a damn” was the motto of the tour, and Ashe enticed the crowd at the beginning of the song “In Disguise” to preach the words along with her. 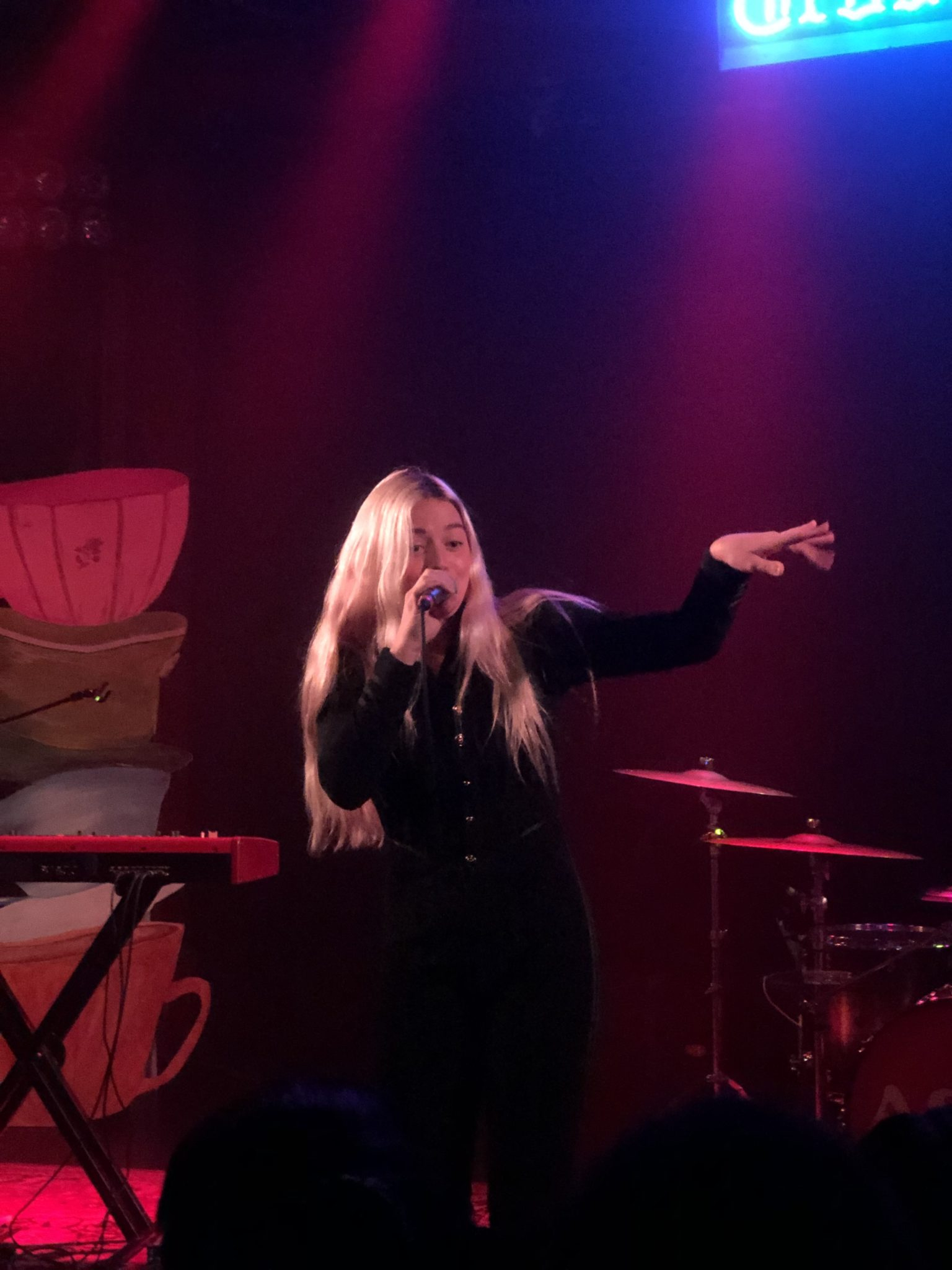 California native Ashe (Ashlyn Willson) is a powerhouse vocalist and heartfelt lyricist who was raised in a conservative Christian household in San Jose, Calif., before attending Berklee College of Music for a degree in contemporary writing and production. While in school she found passion in jazz and draws much of her influence from early rock and roll, like The Beatles and Jefferson Airplane. She began her solo career in 2017 with the release of her single “Used to It,” which was later re-released as an acoustic track.

“‘I walked in that session and I said, ‘Let’s write something weird as fuck,’” Ashe said in an interview with Atwood Magazine. “‘And then he started playing this weird bassline and then hit this crazy synth pad and we’re like, ‘That’s it, we’re writing to that.’’”

“‘I was going through a time, my first boyfriend who I’d been with for five years had just had a baby with his wife and I had a lot of feelings about it. I just thought like ‘What if we were strangers again? Before we were used to it, it was fresh and it was fun,'” Ashe said. “But it’s interesting, when we did the stripped version, it felt like the song had a whole new meaning.’”

Rightfully partnered with Ones to Watch, Ashe is on the brink of musical prosperity. Receiving platinum certification for her writing of Demi Lovato’s You Don’t Do It For Me Anymore, and having worked closely with FINNEAS and Billie Eilish on her most recent release, “Moral of the Story,” Ashe’s movement up the popstar ladder is well-deserved. Her music boasts a comprehensive psychedelia inspired indie-pop library, with songs like “After Life” and “We Get High,” yet has emotional clarity on tracks like “Not How It’s Supposed to Go” and “Cold in California.”

She just completed her first headline tour and released her second and third EP’s, “Moral of the Story: Chapter 1” and “Moral of the Story: Chapter 2,” this year. Her first EP “The Rabbit Hole” garnered nearly 23 million streams, and set “a strong foundation for what will undoubtedly be a repertoire of music that insightfully explores emotion and the ups-and-downs of the human experience,” noted by album publisher, Milk Music Co.

Ashe’s hypnotic melodies in songs like “After Life” and “Used To It” are sure to captivate any listener, so much so that Taco Bell sampled After Life in a recent commercial. She is also a Taco Bell Feed the Beat artist, VEVO DSCVR Artist of 2018 and more recently, was named one of Amazon’s 2019 Artists to Watch. These accolades have set the stage for her career as an emotive, trailblazing singer who creates melodies that put words to indescribable feelings

Ashe and her ex met through Tinder and were together for a year before she filed for divorce. “Moral of the Story: Chapter 1” and “Moral of the Story: Chapter 2” are her musical therapy and poignant moments of closure for the singer. Her lyrics exemplify maturity and the struggles that any person may endure. Many people seek comfort through music, and Ashe’s discography is like a motherly cuddle when you’re feeling most vulnerable. Ashe has been extremely open about the long journey she took to get to the place she is today, citing her brother’s heroin addiction and her aforementioned divorce. “Wrong Side of Myself” was written for her brother and self-destructive behavior in spite of the support of those around you. “Everyone’s trying to save me / They’re all on my side but / I’m on the wrong side of myself.” 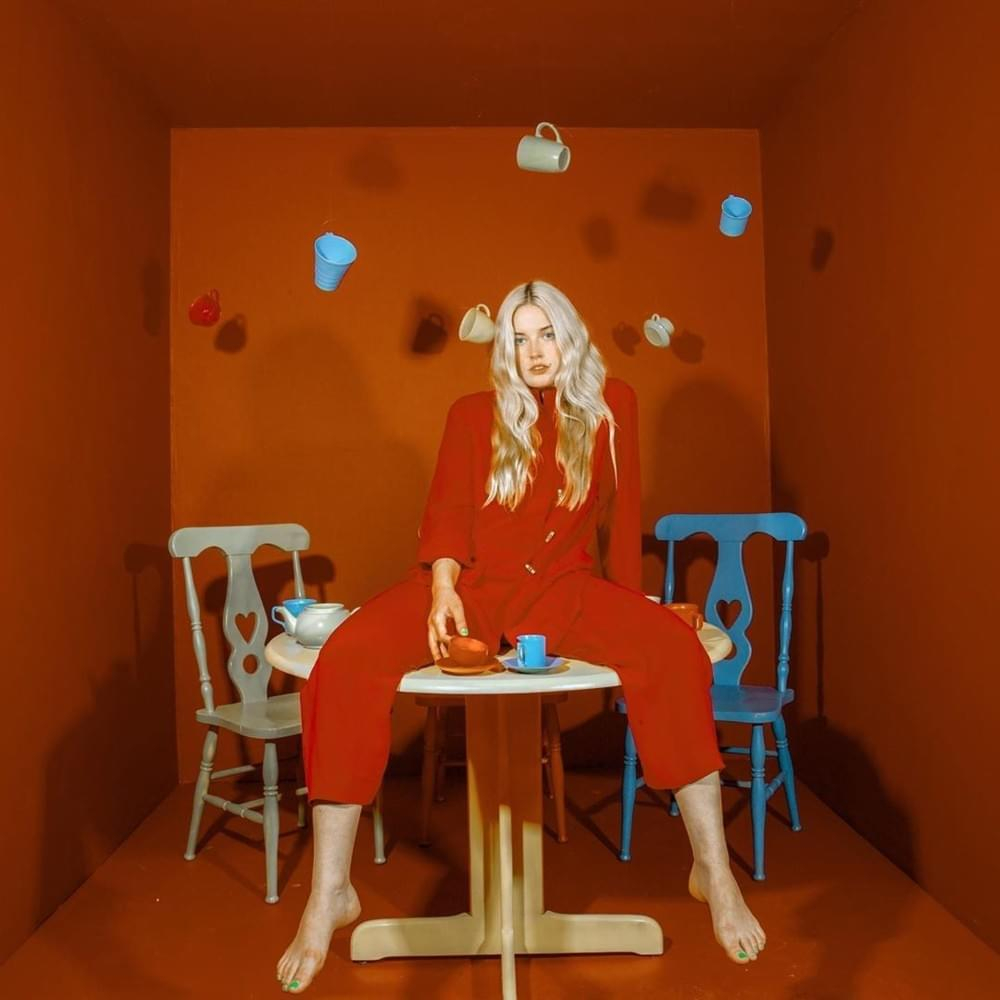 Artwork for “Moral of the Story: Chapter 2” by Ashe. Courtesy of Mom + Pop Music

The big-band swing influence of “We Get High” will transport you back to the height of the 1920s, with a modern chord progression and a sampling of Ella Fitzgerald’s “When I Get Low I Get High,” whom she also draws much inspiration from. Ashe’s breathy yet edgy vocals in “Cold in California” pierce the hearts of listeners, while the gradual decrease in tempo before the last guitar chord imbues audiences with relief — relief knowing that we all face challenges every day.

“We can dance in the streets / With the sun upon our skin / And wake up feeling burned / Under stars we can freeze / ‘Cause we’ve gotten used to heat / Where seasons never turn,” Ashe declared in the second verse of the song.

She seems like the last person one might consider a “powerhouse” vocalist; draped in bright colors, her goofy personality and shameless honesty don’t lend themselves to the typecast of what a powerhouse vocalist is. Instead, Ashe’s laid-back aesthetic and vulnerability allows audiences to connect with her and her music collectively, producing an interpersonal level of empathy through which the singer and listeners alike can heal from heartache and pain. Singers like Adele and Taylor Swift create songs that are relatable to many, but the difference with Ashe lies in the fact that the “fourth wall” is broken. She communicates directly with fans, knowing many by name, extending the artist-fanbase relationship to a level of friendship and compatibility. No matter their age, people can find solace in her intoxicating vocal range and flawless lyrics.

Her songs are like a hug from a best friend in the worst times. The titles may read like angsty Tumblr posts, yet the lyricism and composition say much more. After a few clicks on Instagram, and a playthrough of her albums, the listener is sure to feel like they know Ashe personally.

“We all go through the same shit luck, bad sex, no cash, fuck love, breakup, sad ex,” Ashe said. “And if we could all unify on the good moments and the shit moments then maybe we can have a little more compassion.”

And that’s just what she hopes — that current and prospective fans find the friend in her that they didn’t have before.