The Daily Nexus
Volleyball
NCAA Tourney Is the Perfect Showcase for UCSB Women’s Volleyball
December 4, 2019 at 8:32 pm by Nick DiPierro 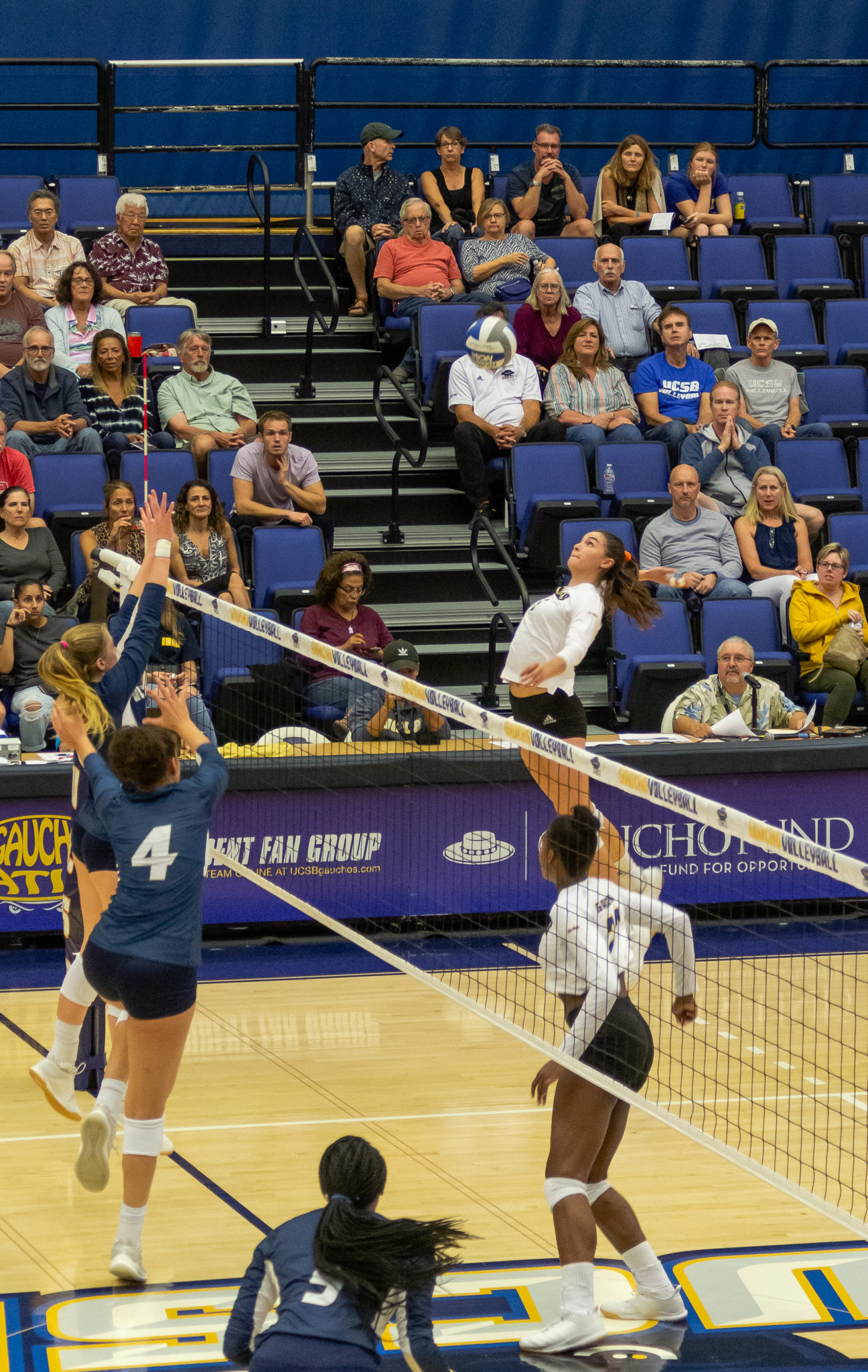 The UC Santa Barbara women’s volleyball team will take on Texas State this Thursday in the first round of the NCAA tournament.

Having been selected at large alongside 31 other schools by the Division I Women’s Volleyball Committee, UCSB is one of 64 teams competing in the tournament.

For a program like UCSB, that must still have a sour mouth after their phenomenal 22-win season wasn’t enough to taste glory in the Big West, their being selected to partake in this famous competition shows how far this squad has come under the direction of Head Coach Nicole Lantagne Welch and, perhaps, how far the conference has come.

Welch led the Gauchos to an 18-11 overall, 13-3 conference record in 2013, her first season at the helm. The performance earned UCSB their first Big West championship in eight years and their first NCAA postseason appearance since 2010.

The Gauchos then proceeded to finish with three sub-.500 overall records in the next four years, including an abysmal 3-13 conference record in 2015. Fortunately for Welch, the 2018 arrivals of then-freshmen Zoe Fleck, Tallulah Froley, Olivia Lovenberg and Gigi Ruddins were bolstering for the team, to say the least.

This year was another monumental step for the Gaucho program. Veterans and rookies alike were evidently itching to feast, steamrolling the competition as they charged to a 13-game win streak that started in September. Hawai’i was the culprit, viciously breaking UCSB’s stronghold over the conference with a 3-0 sweep at the Thunderdome in October.

Just one (more) loss to Hawai’i, one to Cal Poly and one to Long Beach State in the final 6 games of conference play was enough to hand the Gauchos bronze in the Big West in their first 20-win campaign since 2009 and their best since Welch’s arrival.

While UCSB’s overall record is the best it has been in a decade, it’s perhaps even more telling that they coupled that with a 12-4 showing in the conference, a record one game worse than in their 2013 championship season.

The stats will do little to appease the squad, who I’d imagine are still mulling their most recent losses, but the stars are shining for a club that is obviously good enough to hang with the best.

The thing is, will they hang with the best or will they be the best?

The NCAA tournament is the perfect showcase for Welch and her squad to prove that they can beat the best.

Texas State enters the tournament as champions of the Sun Belt Conference, finishing with a 24-8 overall, 14-2 conference record.

This will be Texas State’s 11th appearance in the competition and their third time qualifying since entering the Sun Belt in 2013.

With five straight wins, they are just rolling through teams right now.

There is more disparity in the Sun Belt, though, and when you look at a combined table of the Sun Belt and the Big West, you’ll find that Hawai’i, Cal Poly and UCSB are all in the top 5 places.

UCSB will be looking to catch Texas State off guard, and nothing would be more significant than a quick first-set victory.

As for the assistant chefs, Bobcat Emily DeWalt finished with an astonishing 1,158 helpers but was the only player on her squad to dish out more than 100. The Gauchos had three such players in Lovenberg, Romoni Vivao and Fleck, who finished with a combined 1,214.

In quite an opposite fashion, the Gauchos possess the peaks and valleys of the digs game with the superior playing of Fleck but fall short against Texas State with total digs of 1452-1637. Both are still good total numbers, though, and fans should expect a disciplined team effort.

UCSB will hit the road for Thursday’s match against Texas State. Game kicks off at 2:30 p.m.