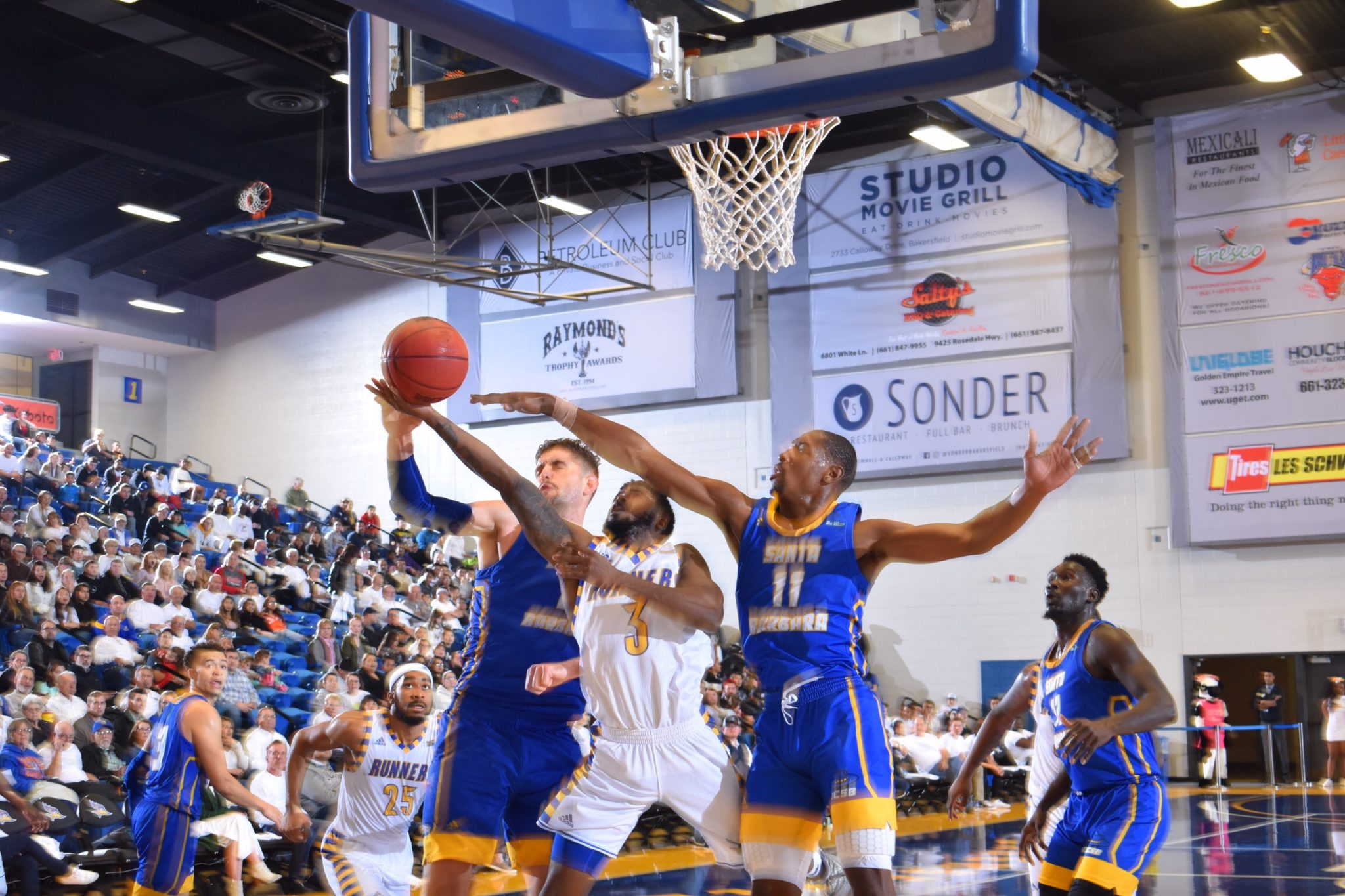 All season long, UCSB men’s basketball Head Coach Joe Pasternack has been focused on his team’s defense. That was especially true after an 88-69 victory over Menlo College on Nov. 23 that saw the Oaks shoot over 50% from the field.

In the three games since that lackluster performance, however, the UCSB defense has come on strong. So strong, in fact, that the Gauchos have now won four games in a row thanks in large part to defensive performance, with the latest win a 64-60 road victory over Cal State Bakersfield on Tuesday night.

The Roadrunners shot just 42.3% against the Gaucho defense and turned the ball over 11 times. Bakersfield became the third UCSB opponent in a row to shoot under 50% and shot just 25% from beyond the 3-point line, the worst mark of any Gaucho opponent this year.

Only one Roadrunner scored in double digits and the Gauchos held redshirt junior forward Taze Moore, Bakersfield’s leading scorer this season, to a season-worst 3 points.

The defensive success enabled UCSB to overcome a 38.5% shooting night and 11 turnovers of its own. The Gauchos were especially cold in the second half, when the team went 8-25 from the field, but still managed to win the half 31-29.

UCSB took a 33-31 lead into halftime and never trailed in the second half, but also never led comfortably. The Gauchos’ biggest lead was a 56-50 advantage with a little over four minutes left; the Roadrunners trimmed this lead down to 56-54 less than a minute later.

Two free throws from sophomore forward Amadou Sow pushed the lead to 59-54 at the 2:38 mark and seemed to put the Gauchos in a position to put the game away. UCSB got stuck at 0:59, however, and the Roadrunners clawed their way to within one with 30 seconds to go on a layup from junior guard Czar Perry.

Perry was almost the Roadrunners’ entire offense in crunch time, with eight of the team’s final 10 points. The junior had a game-high 23 points on 8-10 shooting, making him the only player the Gauchos just couldn’t stop.

Junior guard JaQuori McLaughlin responded to Perry’s layup by going 1-2 from the free throw line, which gave Bakersfield the chance to tie the game with another two-pointer. The Gauchos finally managed to stop Perry, however, forcing the junior into an offensive foul with two seconds left that effectively sealed the game for UCSB.

Redshirt transfer forward Matt Freeman had one of his best games offensively as a Gaucho with a season-high 19 points and four three-pointers. Freeman is now shooting 50% on three-pointers this season, the best mark on the team.

Freeman also knocked down all four of his free throw attempts in the last 10 seconds of Tuesday’s game, which was instrumental in closing the Roadrunners out. Freeman went 7-8 from the line overall in the game, and his 87.5 percentage is also best on the team this season.

The Gauchos head back out on the road for their next game, although a little further afield. UCSB will travel to Texas to take on UT Arlington on Saturday for a 12 p.m. PST matchup.

Arlington has had a remarkably uneven season so far in 2019, at 4-5. The Mavericks won their first two games, lost their next three and have alternated wins and losses losses in the four games since.

Two of Arlington’s losses have come against ranked teams. The Mavericks got run out of the gym by then-No. 14 Oregon 77-47 in the Battle 4 Atlantis tournament, but followed that rout up with a heartbreaking 72-66 loss to then-No. 8 Gonzaga.

It’s unclear which Mavericks team will show up on Saturday, but Arlington will for sure try to win with their defense. The Mavericks have held six of their nine opponents under 70 points and opposing teams are shooting just 39.8% from the field.

Six-foot-nine senior forward Jabari Narcis has pulled down 7 rebounds a game so far this season, and his 16 points were an integral part of Arlington’s effort against Gonzaga. Sow stands the same height and gives up just five pounds to Narcis, which should make for an interesting matchup on Saturday.

Arlington is not a special team offensively, which should give the Gaucho defense a chance to come up big again. With four wins and three strong defensive performances in a row, UCSB has the confidence and momentum to take the victory.