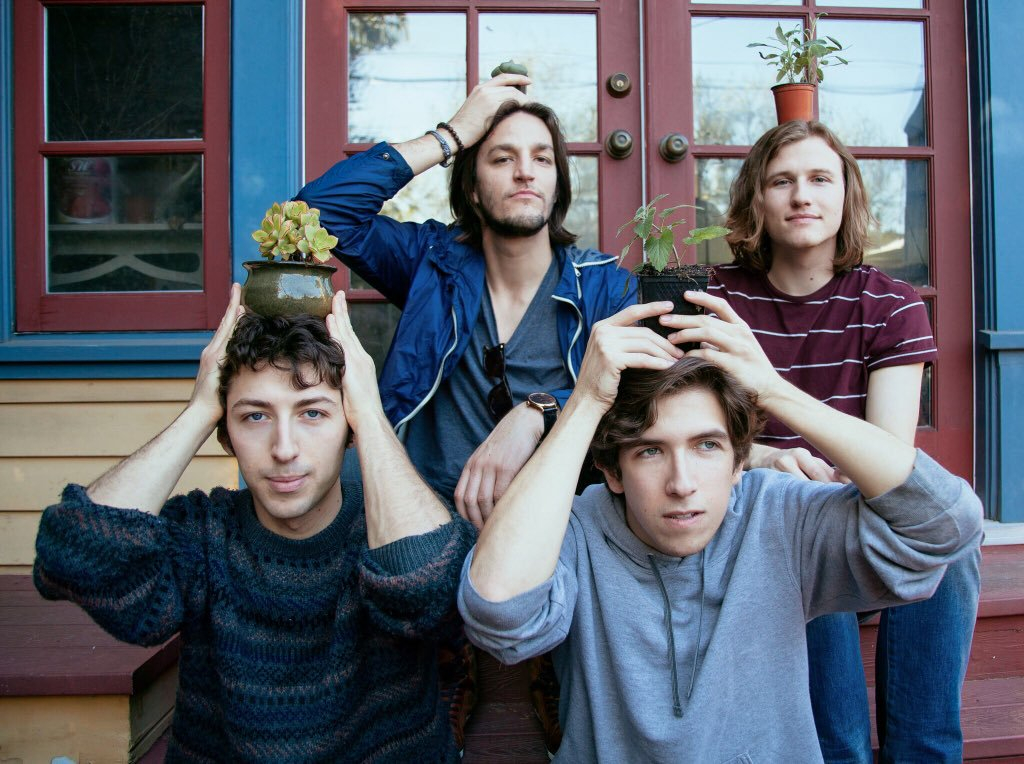 The Honeysticks, a Los Angeles-based band, recently lit up Storke Plaza with some of their distinctive indie-rock music, playing for over an hour and bringing much-needed good vibes to campus. The Honeysticks made the trip to UC Santa Barbara to play some of their more well-known tunes as well as to screen some new songs from their as-of-now unreleased EP by the working title of “Honeysticks 2.”

The Honeysticks, who have played shows across Los Angeles in venues such as The Observatory and El Cid on Sunset Boulevard, found a new favorite venue this week at our own humble Storke Plaza. Starting shortly after noon, The Honeysticks drew a hearty crowd to Storke’s steps with their distinctive, bedroom-pop-inspired sound.

Throughout their set, students passing by the University Center stopped and enjoyed the fresh tunes while enjoying their lunches. The Honeysticks’ performance was a welcome addition to the bustling plaza, and their impassioned delivery drew the attention of many passersby.

Shortly after finishing their performance in the plaza — after twice conceding “one last song” to enthralled audience members — The Honeysticks were quickly approached by  students interested in getting a chance to meet and greet their members. After a quick photo-op and some merchandise distribution, the members of The Honeysticks sat down with the Nexus to talk more about their experience playing at Storke Plaza as well as their origins as a group and their plans for the future. 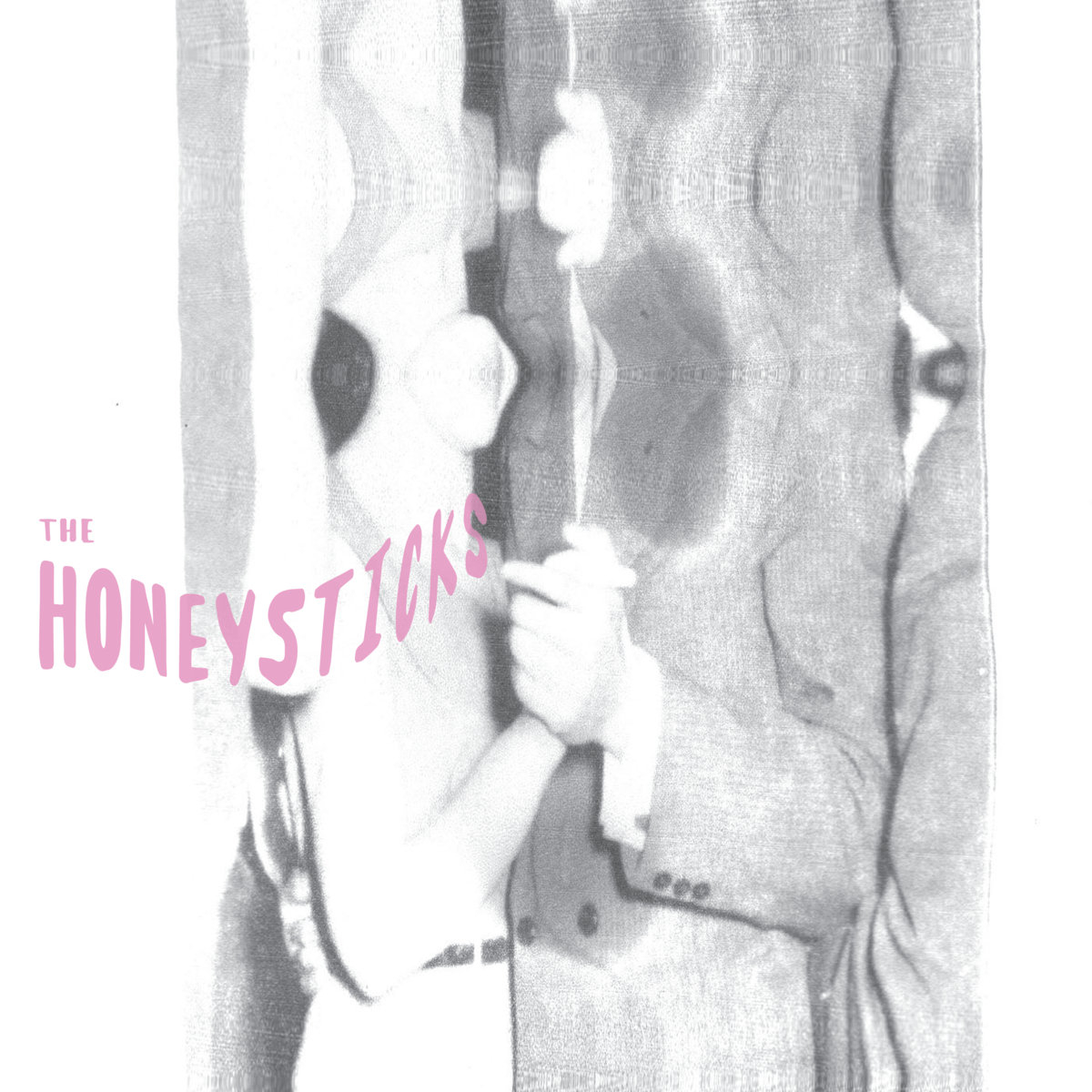 Max Myszkowski: How did you come up with the name, “The Honeysticks”? Is there any background to it, or was it just catchy?

Montgomery: It was partly just because we thought it was catchy, but the anecdote I tell when people ask that is: When I was a kid, my sister and I — our parents were divorced — so we’d always be shuffling between houses, so the only kind of anchor point for us was every Saturday morning, we would watch cartoons and eat these sticks of honey … and that was always kind of a moment of homeostasis for me, so I thought that was a cool tone to embody with the band name.

What kind of musical genre do The Honeysticks currently play into?

Scanniello described the musical scene as “post-genre” and stressed it was hard to give The Honeysticks a definitive label, especially because of their plans to diversify their sound with their upcoming releases.

Scanniello: Especially with some of the new stuff, there’s more playing with electronic elements which puts the music more somewhere in the umbrella of indie music.

Montgomery: We’re ultimately an indie band, and right now [The Honeysticks] are trying some experiments with jazz and soul influences, with a little bit of funk in there, too.

I feel like I’m trying to figure out how to be a band that comes from an influencer background, while still being innovative artistically and not kind of just an influencer pop-project. We’re working towards a headier take on bedroom pop and a more kind of lush and organic way of expressing the same kinds of values found in that genre.

It’s hard to pull a quick genre title from that explanation, I suppose.

Ricky, you briefly mentioned this earlier, but you said you got started on our late, great social media site, Vine (Rest In Peace). How did you get started there? What kind of stuff did you do?

Montgomery: I got Vine the day after the app launched in 2013, January 25th. I remember I first found the app because of a CNN article. I had just gotten an iPhone for the first time — I didn’t have a smartphone before then, so I was, like, obsessing over everything — like, I gotta get all the apps I can.

Montgomery said he had been interested in the influencer scene before amassing a following on Vine, but that he saw Vine as a springboard for a possible music career. As an early adopter of the social media site, Montgomery readily accepted the opportunity to “define the narrative with the first wave of people using the app.”

Who are some of your musical influences? Who are you guys listening to, and how do they influence the music you tend to create or gravitate towards, if at all?

Montgomery: Right now, my favorite producer is JPEGMAFIA. I love JPEGMAFIA a lot. I also have been thinking with some of our songs a lot about the album “Trout Mask Replica” [by Captain Beefheart], and like a lot of old, like ‘70s stuff in particular — like Fleetwood Mac and I’m a little bit of jazz from that era. I feel like we’re also getting better as a band, so we’re trying to listen to more technically cool bands.

The Honeysticks told the Nexus they enjoyed playing at Storke Plaza and now that they’ve recently acquired a van (nicknamed Carlos Vantana), they’re looking forward to touring in the near future after finishing their newest EP.

“There’s no way [The Honeysticks] won’t come back to Santa Barbara,” they said, assuring the Nexus of their eventual return. Until then, the group has a bright future and plenty of new musical avenues to explore.

Music by The Honeysticks can be found on Spotify, Apple Music, SoundCloud, Amazon Music, TIDAL and YouTube.