The Santa Barbara County Sheriff’s Office issued a debris flow evacuation warning late Tuesday night ahead of an incoming “strong storm,” warning that there is a “risk for potential debris flows in and below the Cave Fire burn area.”

The evacuation warning is in place for the area between Patterson Avenue/Anderson Lane and Ontare Road, between the 3500 and 3300 block of State Street and down through Las Positas Road, and south of East Camino Cielo to the ocean.

Isla Vista and the UC Santa Barbara campus are not included in the evacuation warning. All Tuesday and Wednesday classes were canceled by the university Tuesday morning, although the campus remains open and operational. 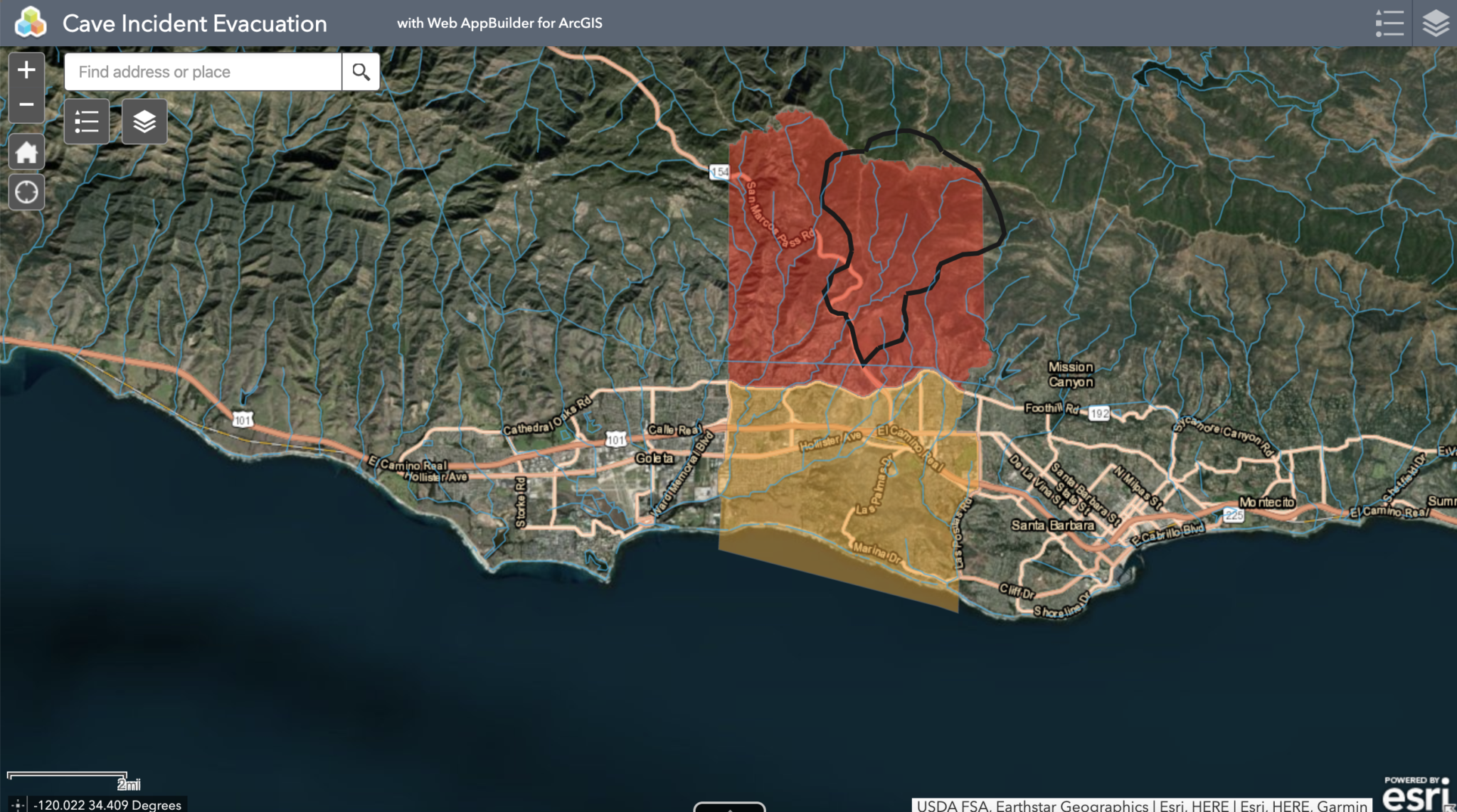 Interactive map can be viewed here. Courtesy of SBSO

Storms are expected in the area beginning Tuesday evening into Wednesday morning, according to a press release sent out by the county. Residents are advised to prepare evacuation kits and prepare a plan to leave, the county warned.

During the storm, individuals should also avoid going out and stay off the roads.

“Flooding impacts may be experienced throughout the county, but are a higher risk and may be observed below the Thomas, Sherpa, Alamo and Whittier burn areas,” the press release stated.

The Cave Fire first broke out around 4 p.m. Monday; it has burned nearly 4,100 acres and is 10% contained as of 4 p.m. Tuesday, according to Santa Barbara County Fire spokesperson Mike Eliason.