The Daily Nexus
Science & Tech
Racial Discrimination in Medicine: Physician Bias, Income and Mortality
November 25, 2019 at 10:00 am by Catherine Beaudin

On Monday, Nov. 18, UCSB’s Broom Center for Demography invited Economics Professor Trevon Logan to speak on his research on the racial disparities in health care. 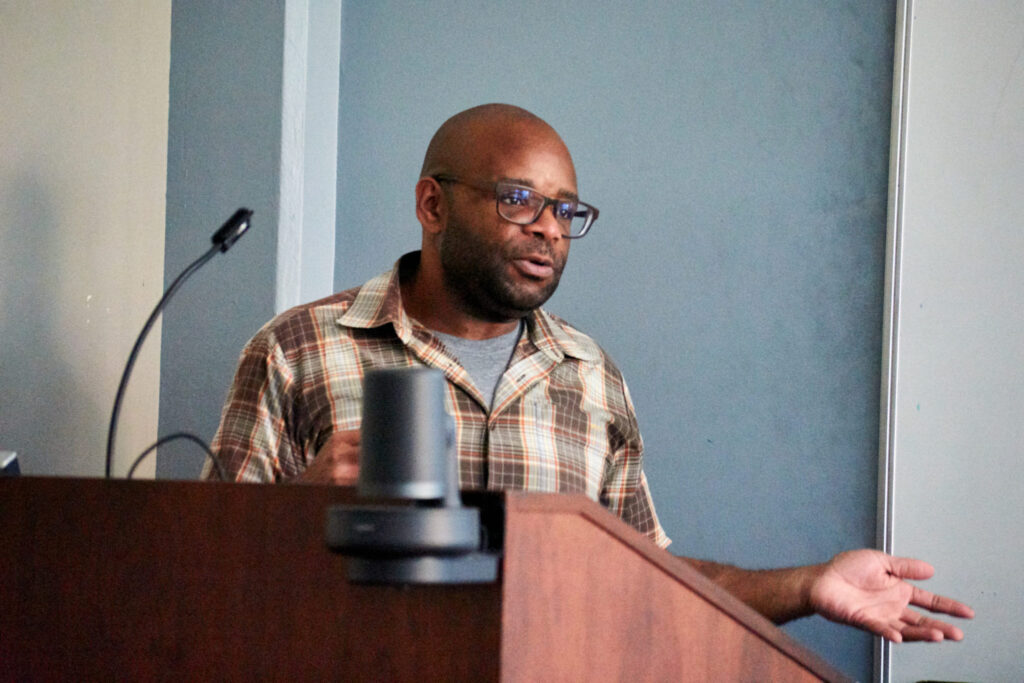 Logan, the inaugural North Hall Chair of Economics, began with an overview of the environmental factors that have contributed to the Black-white mortality gap that has persisted in the United States for over 200 years.

“In 1900, the Black-white differential in life expectancy was approximately 10 years. In 2010, the difference was five years, so it’s only gone down by about 50%,” Logan said.

He made note of the multigenerational impact of malnutrition in slavery, urban migration and exposure to higher levels of disease prevalence, which all led to worse health outcomes for African Americans immediately after the Civil War.

“However, the effect of income on health was large enough to close the Black-white mortality gap in the period,” Logan stated.

In a sample size recently expanded to around 40,000 white veterans and 15,000 Black veterans, Logan and other researchers matched military records from the Civil War and post-war health records from the pension system to the socioeconomic status of veterans.

Specifically with regard to Civil War pensions, Logan described how the probability of securing a pension was significantly higher for white veterans.

“Black veterans were often unable to prove the relationship of their disability to the war experience because sick and injured Black soldiers were frequently unable to gain admittance to hospitals during the war,” Logan explained.

He also delved into the three phases of the Civil War pension system. During the second phase from 1890 to 1907, any disability made a veteran eligible, but the condition had to be verified by a physician. A large gap between Black and white pensions specifically coincides with this period of physician subjectivity in rating disability.

A thorough examination of Surgeons’ Certificates, records from the physical examinations completed by physicians to certify the disability status of veterans, revealed a lack of trust on behalf of white physicians who frequently brought the character and honesty of Black veterans into question.

When interpreting physician records, “there is something odd about the commenting behavior of the physicians that is, in itself, very racialized,” Logan acknowledged.

Additional evidence also suggests that racial bias was more common when diagnosing conditions that required a physician to trust the patient’s descriptions, such as with digestive diseases. Addressing verifiable conditions, like cardiovascular disease, was more straightforward.

Another point of discussion was the historical context of scientific racism in medicine, which led to physicians viewing the “Black body” as different during the 19th century.

Even during slavery, Black people were viewed as better equipped for working in the fields over other races due to perceived stronger immunity against diseases like cholera and malaria.

Another leading view of the 19th century was that Black patients had lower lung capacity than white people, which is still the leading view among physicians today. According to Logan, this also led to Black people being underrated for disability, resulting in smaller Union Army pensions.

Although his research focused primarily on Black veterans and Civil War pensions, Logan noted that “rampant discrimination in the system” resulted in Black women being denied welfare during the 20th century.

“Government policies have contributed to the health gap in a direct manner, as with policies related to housing and the formation of ghettos,” Logan emphasized.

Logan ended the seminar by highlighting that the primary goal of his research was to improve understanding of racial differences in the United States during the 20th century.

“Physician bias continues to this day, and it plays a role in health outcomes. We find that even at a time when medical care was not particularly beneficial, physicians exhibited a high degree of bias against their Black patients.”