The vegetation fire burning near the Painted Cave by Highway 154 poses “no threat to our campus,” according to an email sent out by the university Monday night. 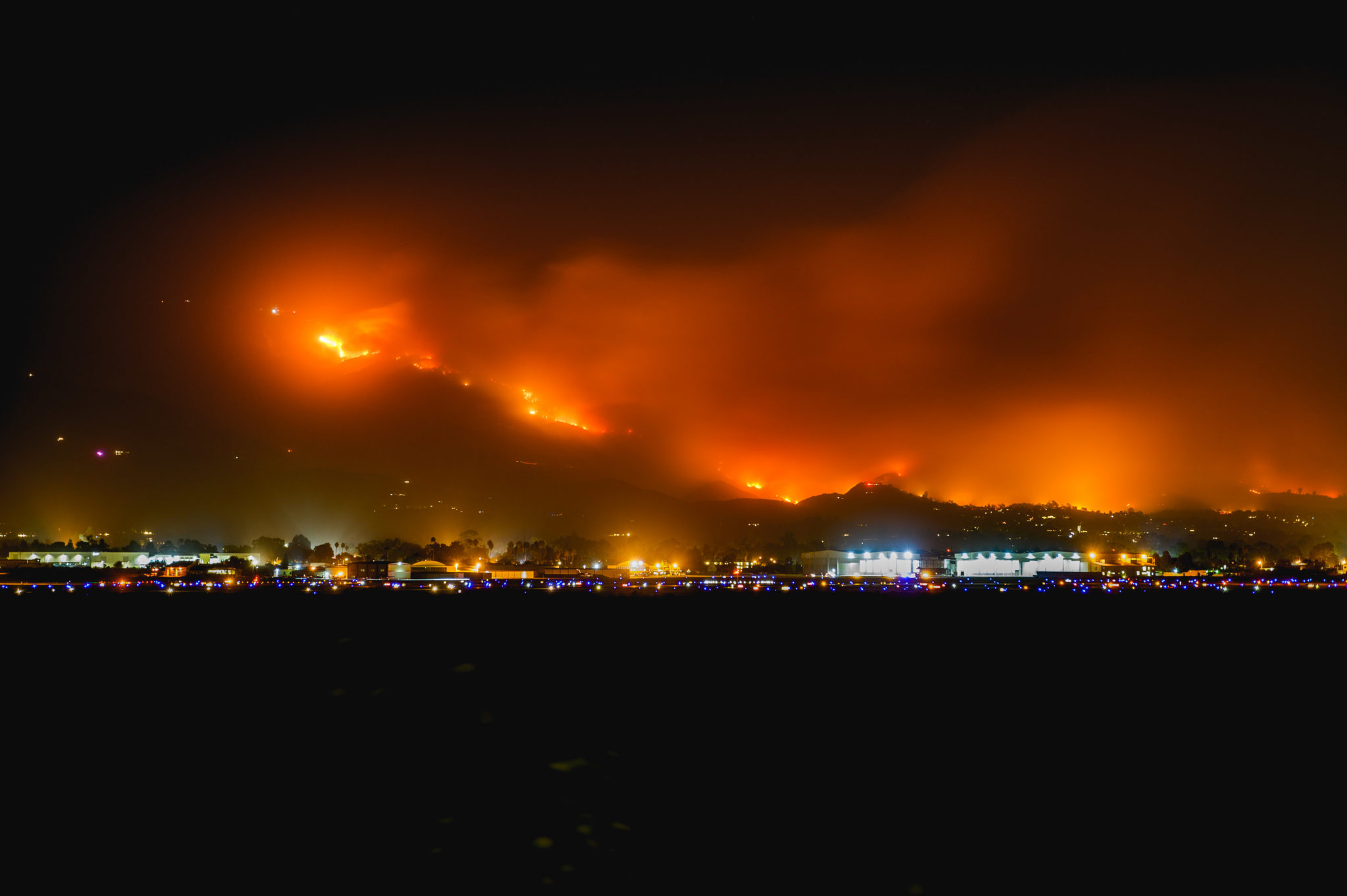 A view of the fire, taken from campus on Mesa Road. Max Abrams / Daily Nexus

University operations are “unlikely to be affected” even though the fire is “visible along the mountain ridge,” the email stated.

Campus officials are “closely monitoring the situation” and are in touch with local safety officials, according to the email.

The fire is currently at upwards of 3,300 acres, Noozhawk reported. It is 0% contained.

As of 9 p.m., the fire has slowed, but continues to burn, according to Santa Barbara City spokesperson Anthony Wagner. He added that “precipitation is expected within the next 24 hours.”

It began Monday afternoon near East Camino Cielo and Painted Cave Road and is starting to move down the canyon, the Los Angeles Times reported: it is being pushed south by “northerly winds,” the newspaper said.

An emergency alert was sent out to individuals’ phones around 5 p.m., warning that a fire department was “enroute” to the fire near the Highway 154 area on the Santa Barbara side.

Evacuation warnings have now been extended to the area West of Highway 154 to El Sueno, below Cathedral Oaks to Calle Real, reaching the 101, as of 10:12 p.m.

The air quality level in Goleta is “moderate,” according to the Santa Barbara County Air Pollution Control District.

A video of the fire, taken from the Highway 101 by reporter Arturo Martinez Rivera, can be viewed here.

HISTORY IS REPEATING ITSELF IN A BAD WAY. I hope everyone affected by the fires is safe.