The Daily Nexus
The Daily Stench
Trump Resigns After A.S. Senate Votes To Impeach
November 24, 2019 at 4:20 pm by Max Myszkowski 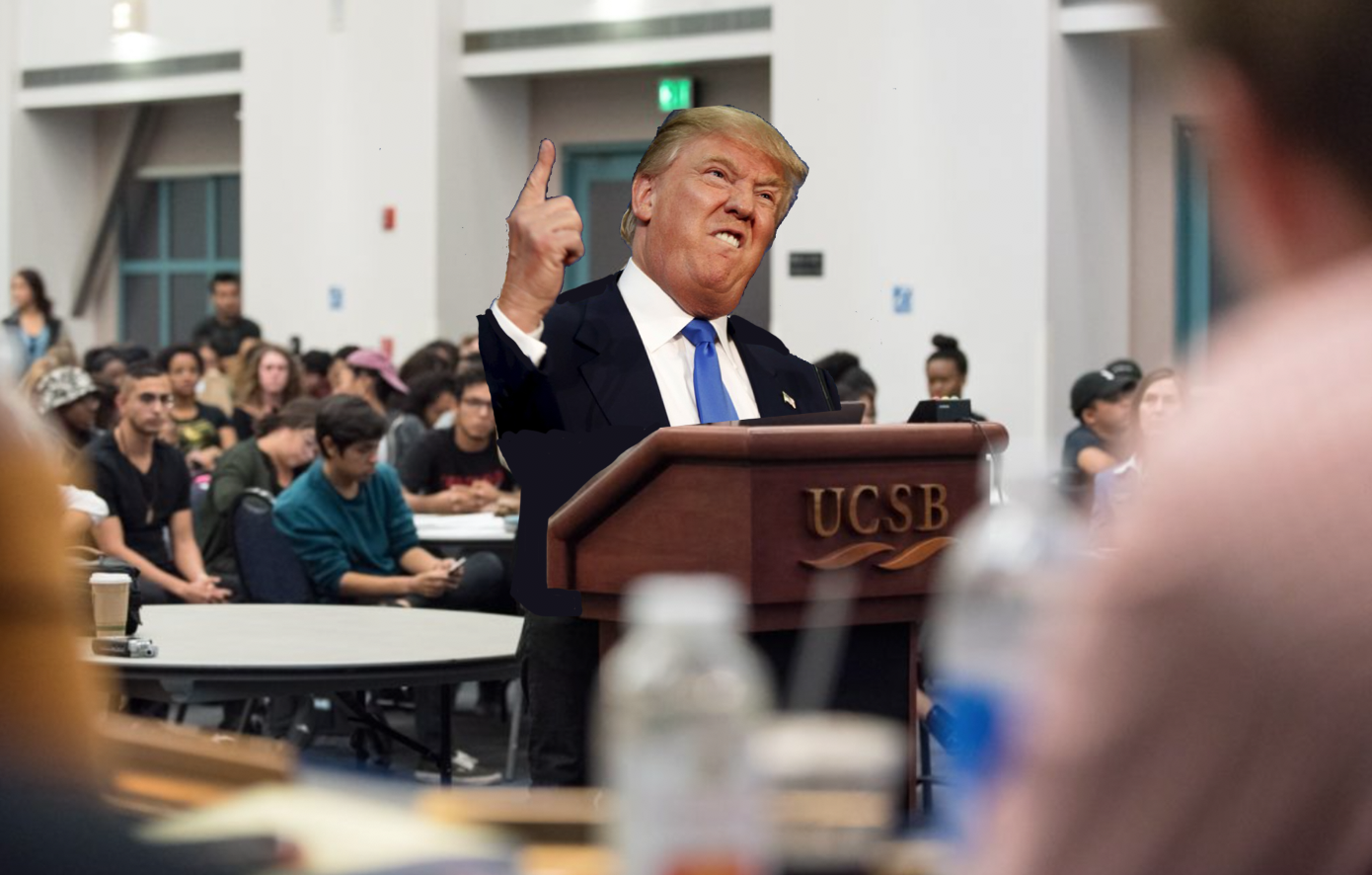 1600 Pennsylvania Ave. –– Shortly after hearing of a unanimous Associated Students Senate vote passing a resolution in support of his own impeachment, President Donald J. Trump immediately announced his resignation from the office of the Presidency.

“A.S. is big news. When they voted all together — a HUGE vote, and they voted to impeach, I had no choice!” disgraced former President Trump said while frantically packing up his belongings in the Oval Office.

Members of the United States Senate have reportedly expressed relief that the system of checks and balances implemented by the Founding Fathers actually does work after all.

“Wow, and here I was, thinking a binary, hyperpartisan political system could eventually lead to an unchecked, unhinged president who could commit whatever crimes he wanted as long as 35 senators supported him unconditionally,” one relieved U.S. Senator said.

“CURSES! FOILED BY ASSOCIATED STUDENTS ONCE AGAIN!” Senate Majority Leader Mitch McConnell shrieked upon hearing the results of the A.S. Senate vote. “And I would have gotten away with it too if it weren’t for those meddling kids!”

“I mean, what did you expect — didn’t you pay attention in AP Gov? Read the Constitution, why don’t you?” one A.S. Senator told Nexustentialism when asked how exactly the A.S. Senate acquired the powers to remove a sitting president from office.

Faculty in the political science department were reportedly surprised and delighted at how easy the whole impeachment process was, telling Nexustentialism they couldn’t have hoped for a smoother and more effective termination of Trump’s presidency.

“Wow, I should have thought of that,” political science professor Anne Harkee said. “Glad that’s out of the way.”

With the President of the United States finally removed from office by the innumerable and omnipotent powers of the A.S. Senate, the nation has breathed a collective sigh of relief and the A.S. Senators have returned to their usual schedule of playing tiny-government.

At press time, Vice President Mike Pence could be sighted frantically muttering Hail Marys and flipping through the Good Book in search of passages he could try to add to the Constitution.

“Give me strength, dear Lord almighty — Mother and I are going to need it,” Pence said.